ASUE 1st Year Student Vardan Fought Like a Hero: He Continues His Service 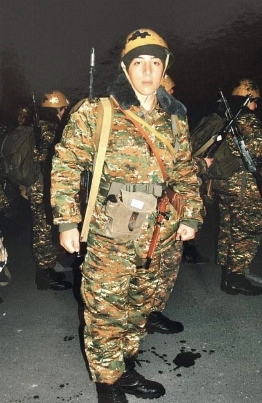 we continue to present our student-soldiers who fought like heroes in the third Artsakh war, the story of each of them is a separate heroic story, mixed with inexpressible patriotism and heroic courage.

This time our hero is Vardan Margaryan, a first-year-student at the Faculty of Management, a soldier, who has been fighting on the front lines since the first days of the war as an artillery commander. Vardan has been conscripted into the army in January 2020, in the second half of his first year of study. He is serving in one of the military units in Kapan, their military unit has been in Mekhakavan (Jebrail) since September 27, our brave student has fought unequal battles in one of the hottest points of the war. Vardan and his friends destroyed an enemy group of 135 people.

Recently, our hero was on a week-long-vacation. 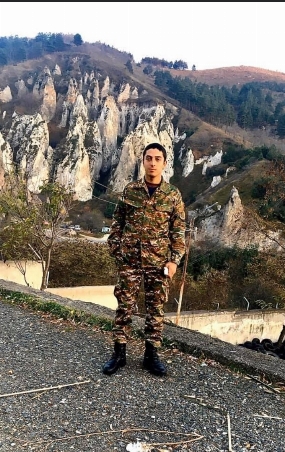 He has been admitted to our University from ASUE College of Finance and Economics with high marks.

While being interviewed the hero's mother, pedagogue Nune Davtyan, said that economics is her son's favorite profession, and the University of Economics is the best place to get that profession.

A1 + also referred to Vardan Margaryan's feats, see the video via the active link.

P.S. The photos were submitted by Vardan's mother.