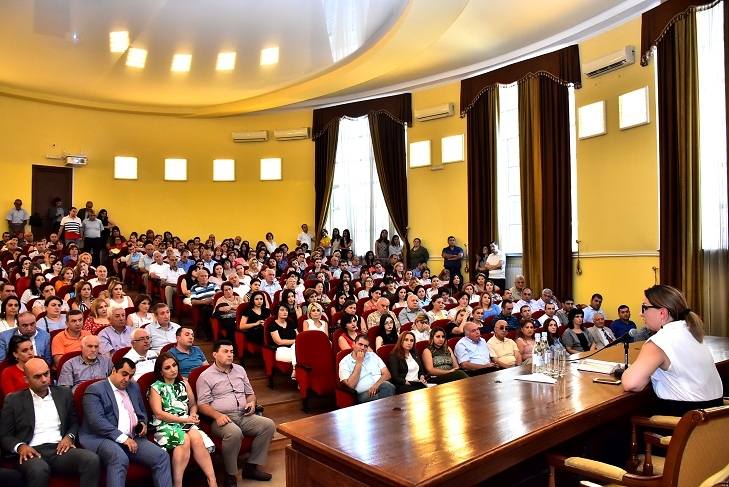 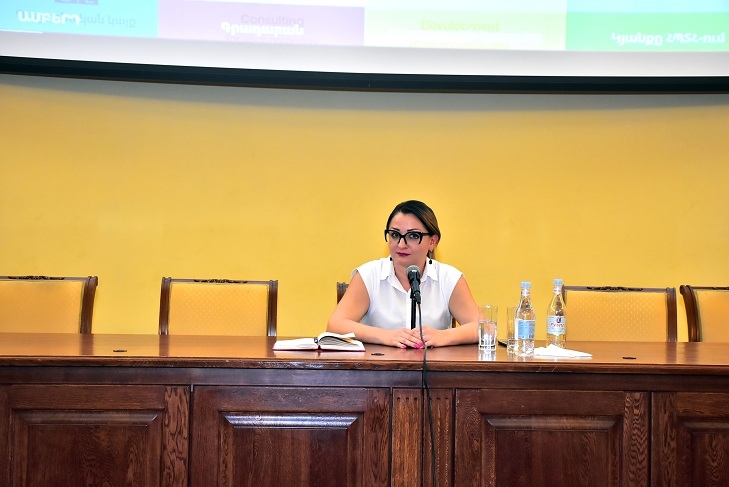 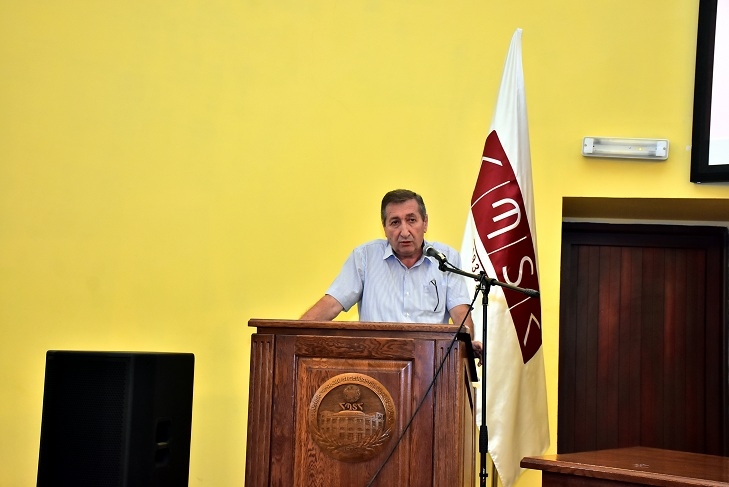 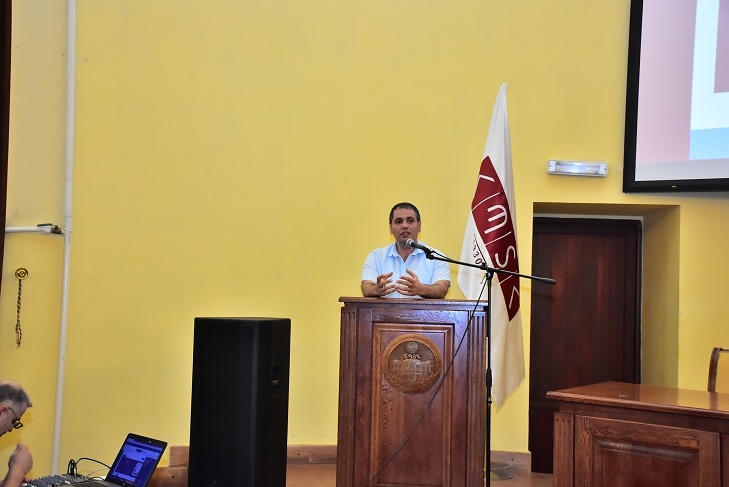 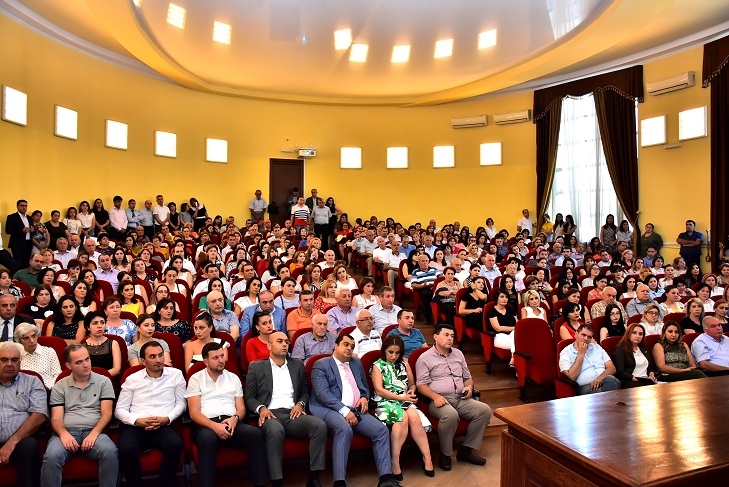 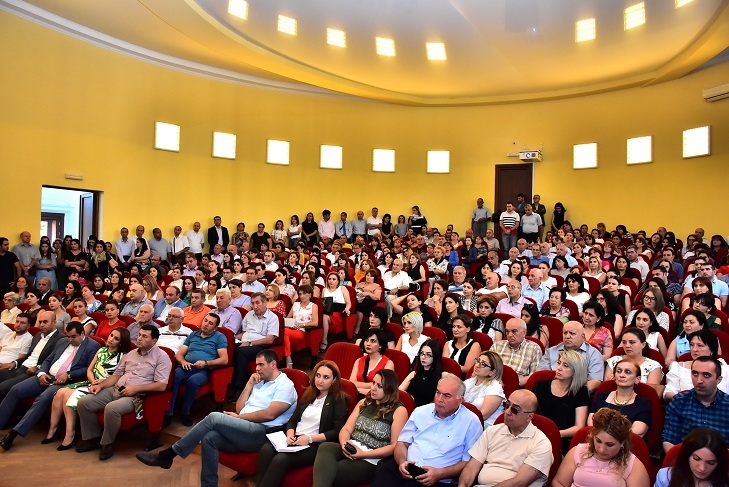 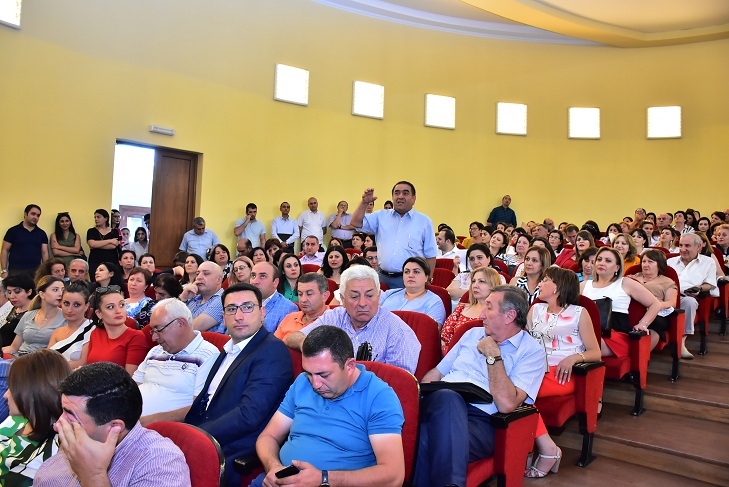 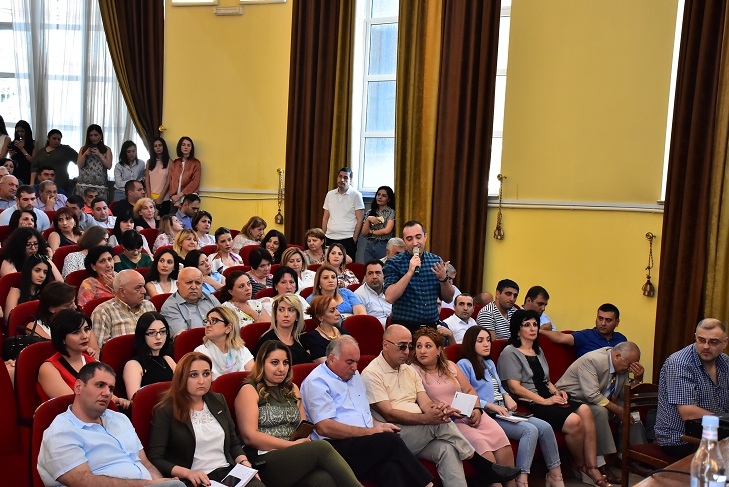 Today, a general meeting of ASEU staff was held, headed by Acting Rector Diana Galoyan, aimed at discussing some issues related to the educational process, improving the quality of education, the moral and psychological atmosphere in the staff, and representatives of the Faculty and administrative staff attended it.

Opening the meeting, Diana Galoyan congratulated the staff on the beginning of the academic year, and then emphasized that ASUE all stakeholders: the administrative staff, the Faculty, the State, employers, graduates and students are important to her.

The Head of the University called the students for a dialogue, to find out problems raised by them; “In this situation, it is very important for me to improve the moral and psychological atmosphere, to solve the problems within the walls of the University. I want to discuss all issues openly, to express critical opinions, to freely reject unacceptable phenomena and to jointly come up with decisions, which will be the outcome of inclusive and participatory governance”; the Acting Rector stated.

The meeting was conducted in a discussion atmosphere, about two dozen collaborators came up with numerous opinions and suggestions. Then, the Head of the University suggested to introduce road map including operational solution issues, as well as inter-term strategic goals. Among the tasks to be done introduced by the Acting Rector were as follows:

- to exclude 80-minute-dictation-lecture, at the same time providing students with Armenian language materials and literature,

- to establish control over the educational process: periodically conducting student surveys, holding discussions in the Chairs,

- to form an expert group through an open competition, including students,

- to form a research bonus fund, which will enable the academic staff to be involved into research activity,

- to develop a KPI system for Faculty and administrative staff, which will be the basis for the differentiation of salaries and bonuses.

The proposals submitted by Diana Galoyan were approved unanimously and a collective decision was made. The meeting was held in an atmosphere of mutual understanding.