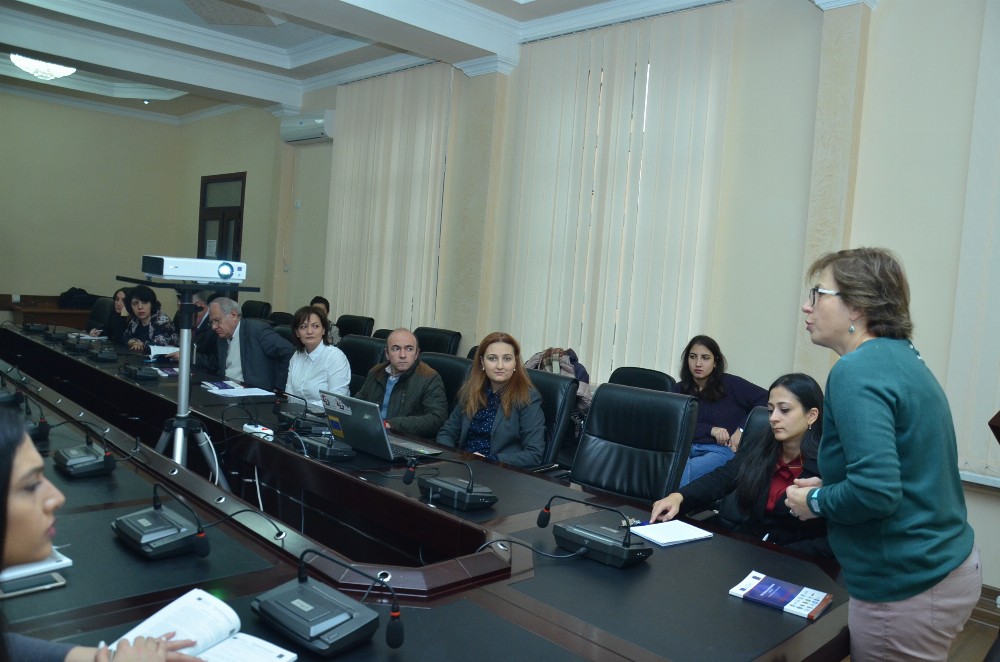 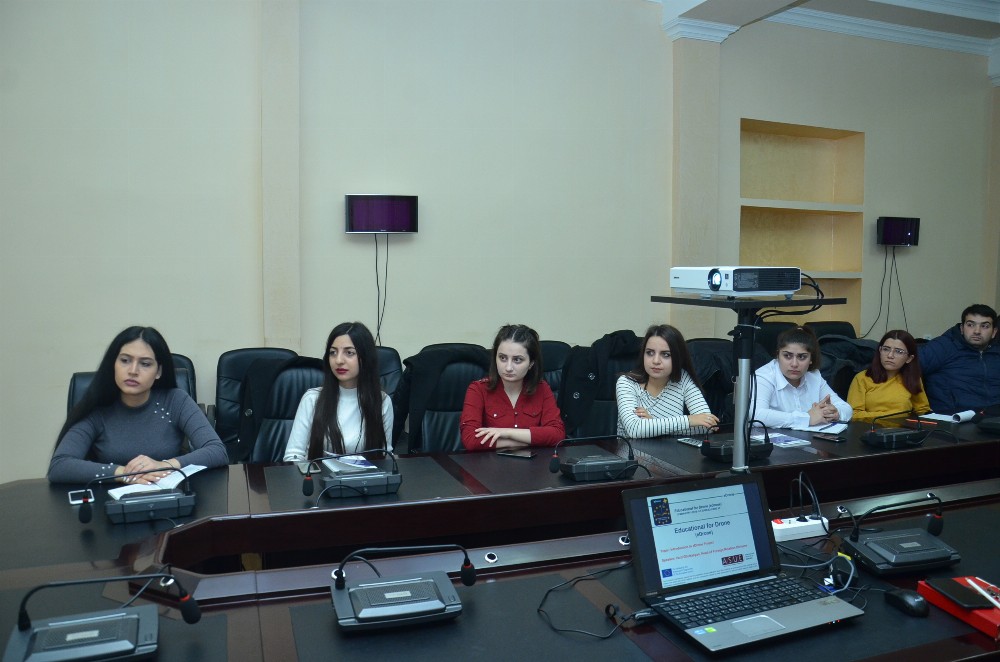 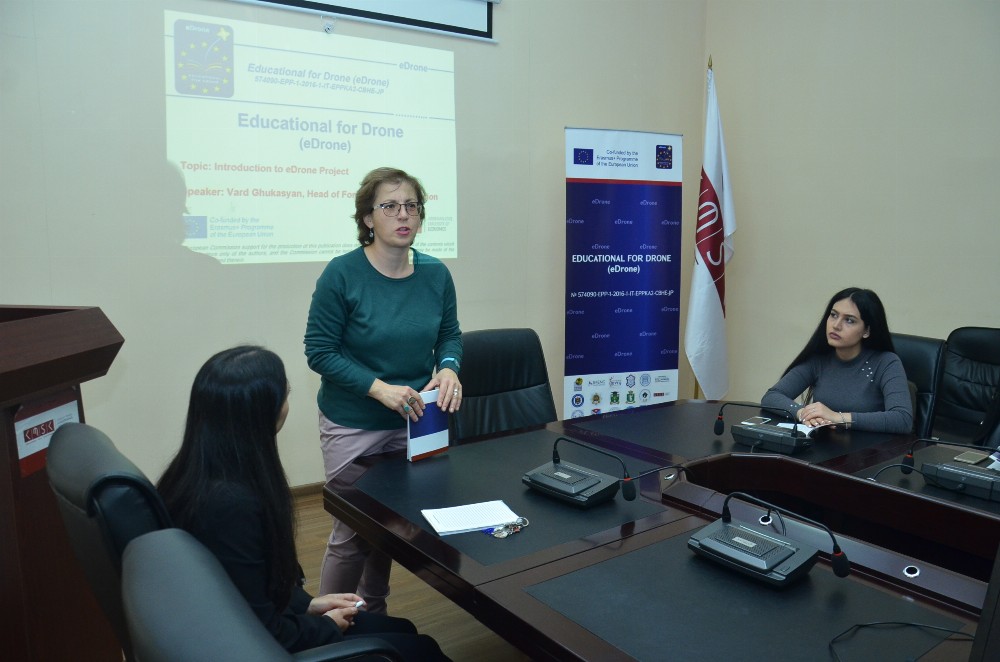 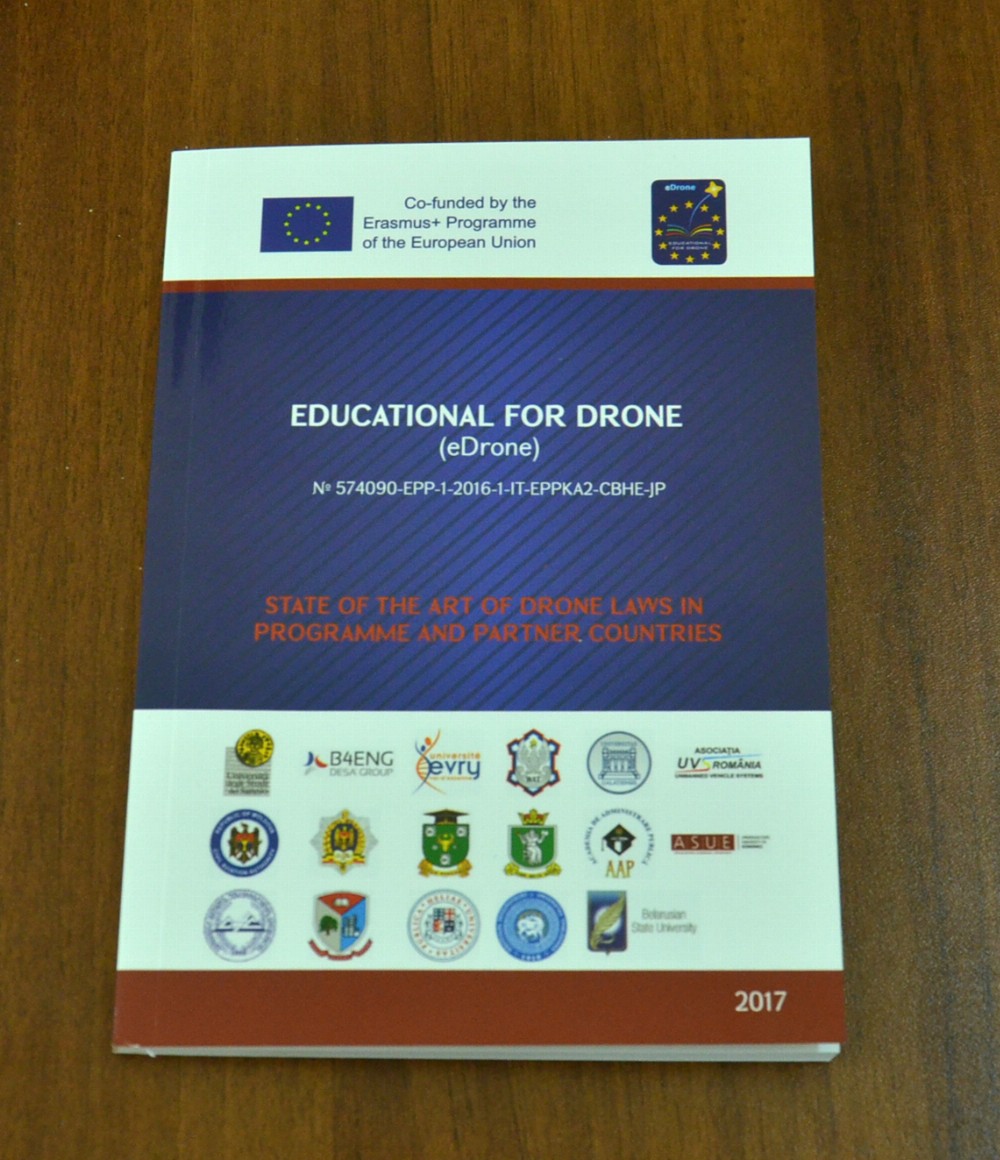 Today, In-House Dissemination Event of eDrone Project, carried out within the  frames  of “Erasmus +” program, was held at our University Hall of  International Projects, which was  attended  by Lana  Karlova, coordinator of “Erasmus +” national office in Armenia, Armenian partners, Universities, organizations interested  in production of drones, students.  The  event  was conducted  by ASUE Foreign Relations Division. Note, that the Armenian partner  Universities  of eDrone project  are ASUE and National Polytechnic University of Armenia (NPUA), a number of foreign Universities - Italian, French, Polish, Romanian, Georgian, Moldovan and Belarusian, participate in the  project. The  coordinator is University of Sannio (Italy).  The total number of partner Universities in the Consortium is 17.

In her opening remarks, Lana Karlova touched upon the importance of the project, stressing that the drones are widely used, and then touched upon the geographical coverage of the eDrone project, the cooperation of the participating countries.

Vard Ghukasyan, Head of  ASUE  Foreign Relations  Division, presented the goal of the project, namely the creation of a new educational environment aimed at expanding the capabilities of the technology of drones in its professional activities, and also spoke about the expected outcome.

It was noted that the majority of project partners are technical Universities, so ASUE has an important role: the activities of the University will be focused on providing marketing support.

Margarit  Marukyan, senior  specialist of  ASUE Foreign Relations Division, reported  on the  conducted  activities, in particular the activities of WP1 which is already completed, as well as presented the  current activities  and upcoming events. The need assessment activities in WP1 and WP2 has been summed up in reports. The report on regulatory needs has been published by ASUE and the participants of the event had an opportunity to have a copy of it.

According to the agenda, reports were presented by Lilit Dadayan, Associate Professor of ASUE Chair of Marketing, PhD in Economics, and Hrachya Karapetyan from the Chair of Air Transport Exploitation and Management, NPUA.

By the way, ASUE representatives will participate in the project coordination meeting in Chișinău on December 6-9.

By the way, this informational meeting was the third event in Armenia within frames of  eDrone project. It’s a three-year-old project and will be summed up in 2019.