Today's settlement of material losses of Armenian Genocide: the presentation of the book "The price of compensation" took place in ASUE (photos) 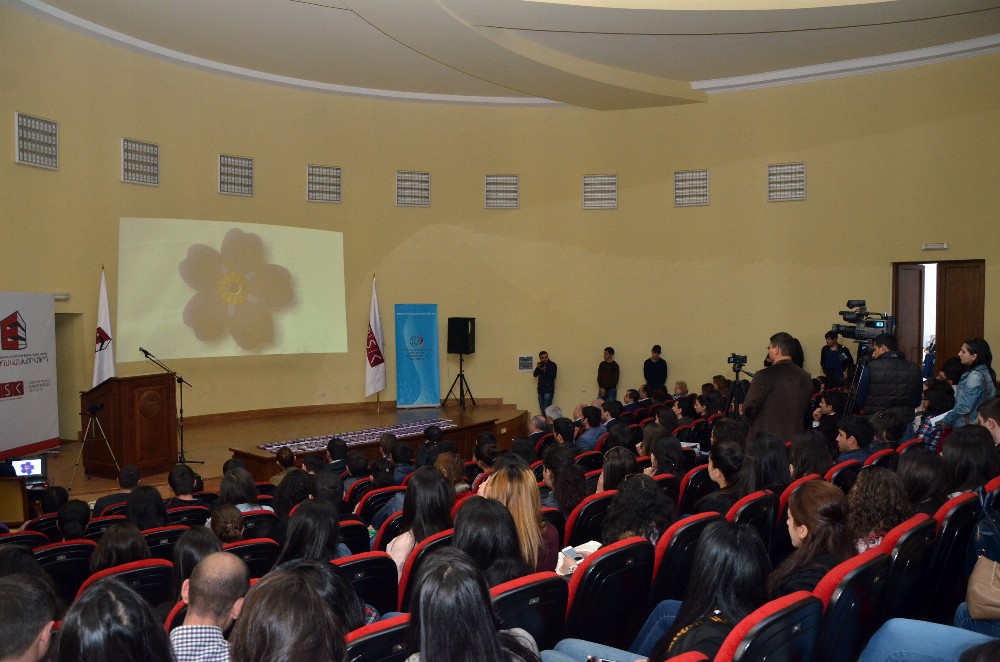 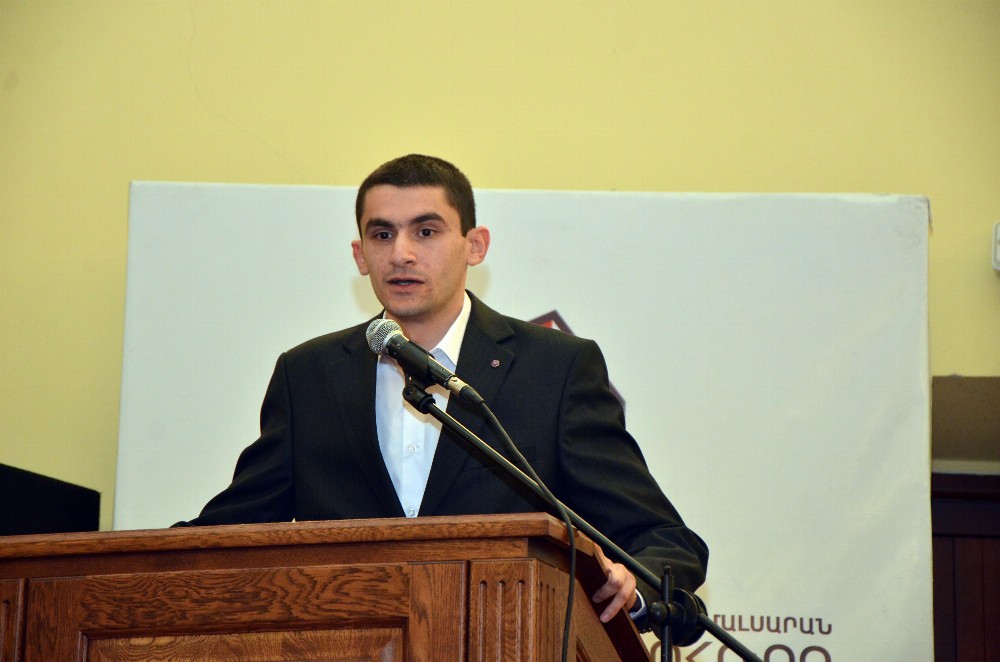 The publication of the book was a regular event among the series of events dedicated to the 100th anniversary of Armenian Genocide launched by ASUE Student Council and YFA.  The author of the book is ASUE postgraduate student Haik Bejanyan. The book notes that it is a historic and economic analysis devoted to the suffered material losses of Armenians during the Genocide.

At the beginning, Vigen Harutyunyan said that one of the measure devoted to the 100th anniversary of the Armenian Genocide was to enrich Wikipedia with articles on Genocide. Afterward a movie was shown, which was a historical reference to the material losses of Armenians during the Genocide.

Followed by the movie Haik Bejanyan came up with a speech, noting that the historic and economic analysis were performed based on historical facts. He hoped that the publication would contribute to international recognition and compensation process of Armenian Genocide.

In his welcoming speech, Karen Avagyan stressed out that he always participates in events organized by the ASUE Student Council with a great pleasure as they try to implement initiatives that have not yet been realized. Vice-Rector on Students and Alumni Affairs Sevak Khachatryan said that he was proud to work in a University where students can come up with such initiatives.

Student Council president Sergey Kharatyan talked about the measures devoted to the 100th anniversary of the Armenian Genocide implemented by the Council.

Congratulations to the SC, in particular to Haik Bejanyan, on the presentation of the book. We wish him every success.