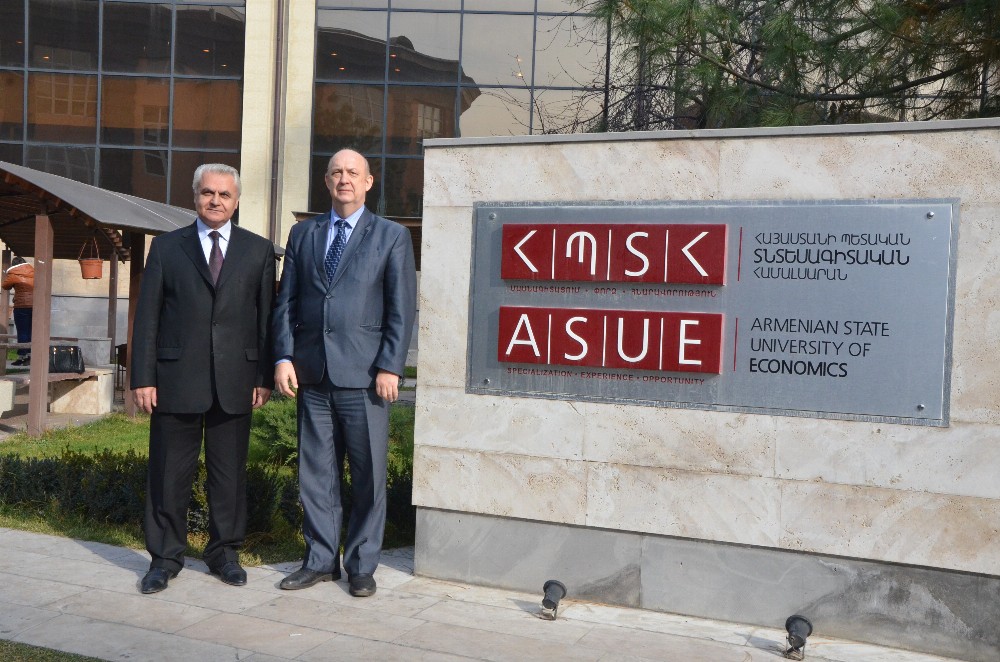 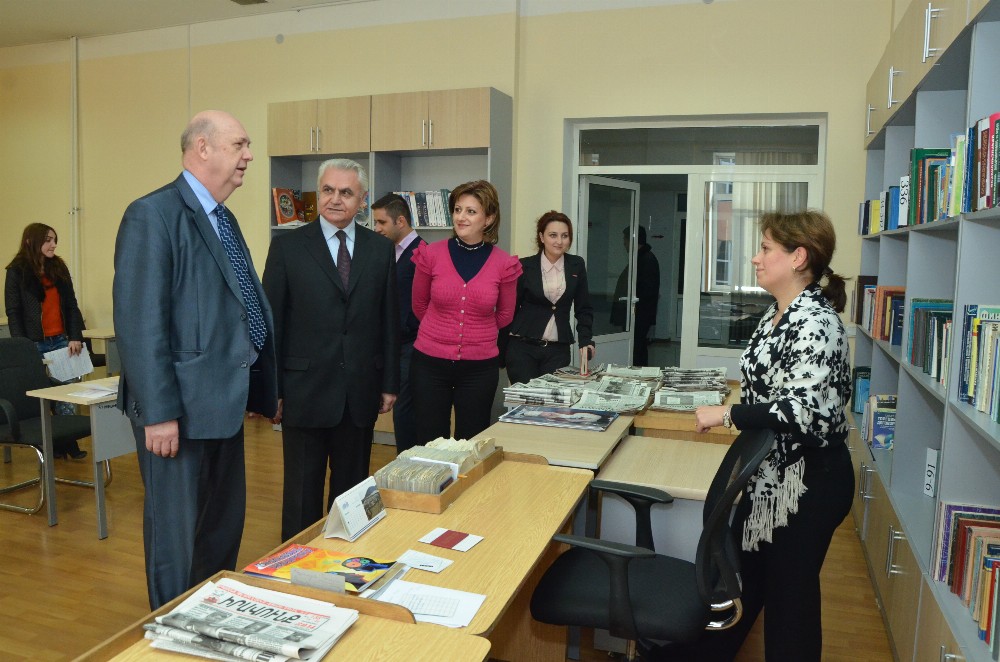 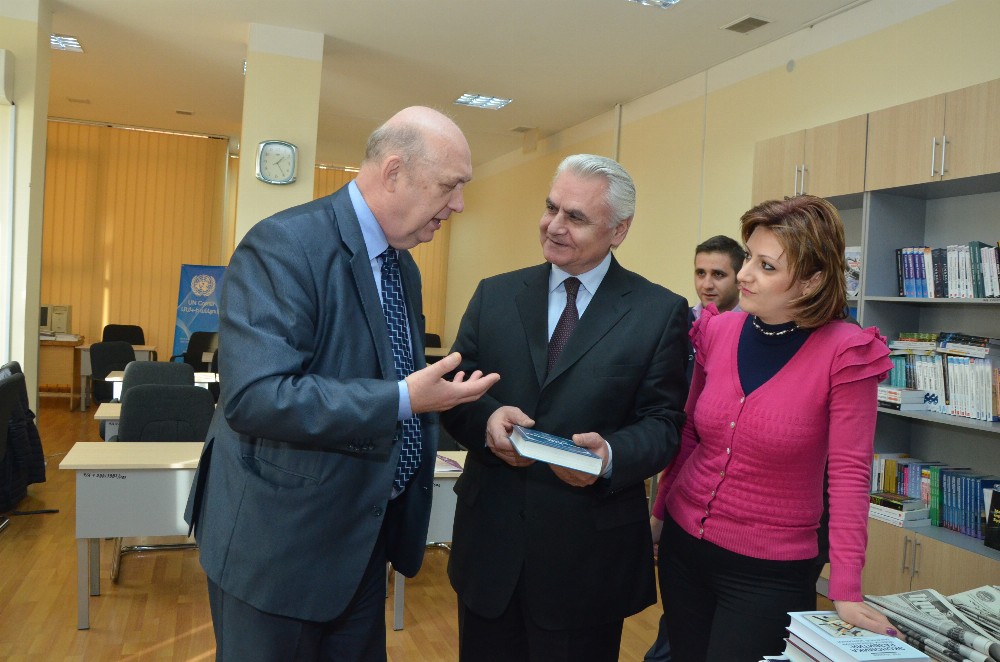 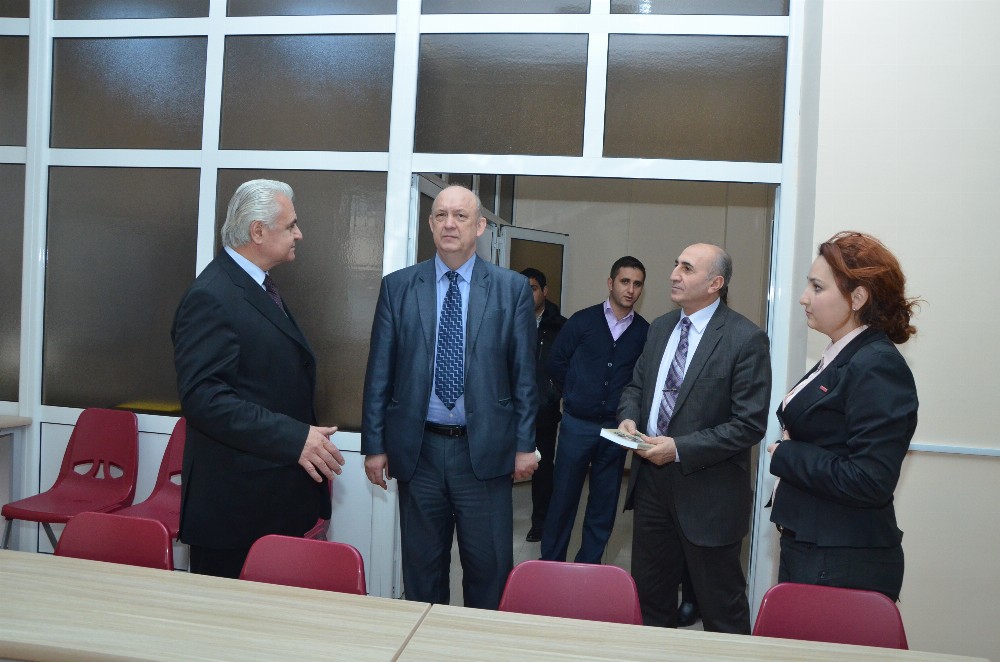 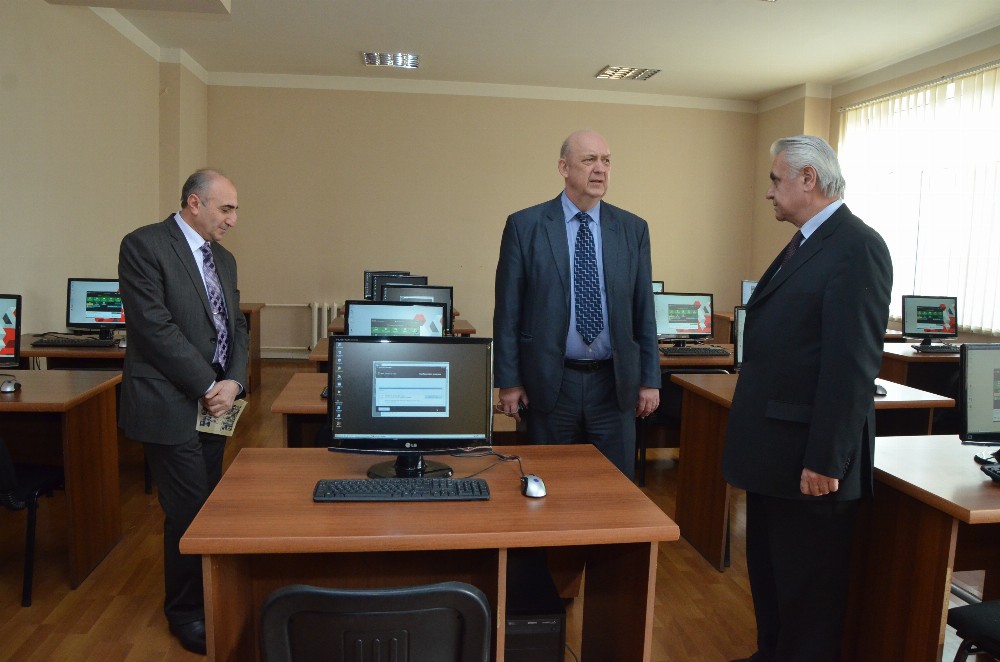 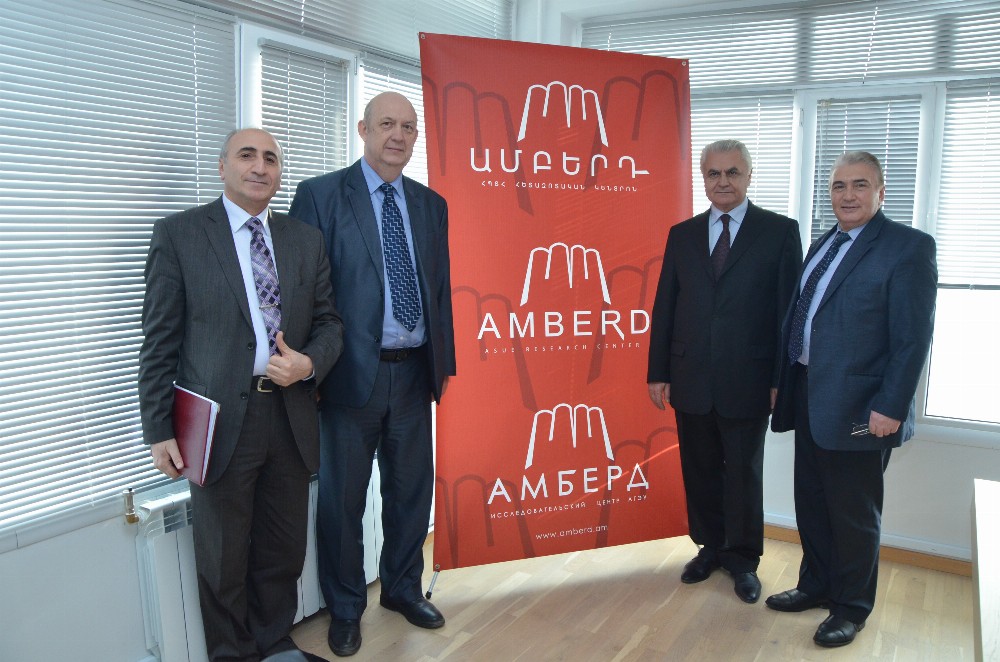 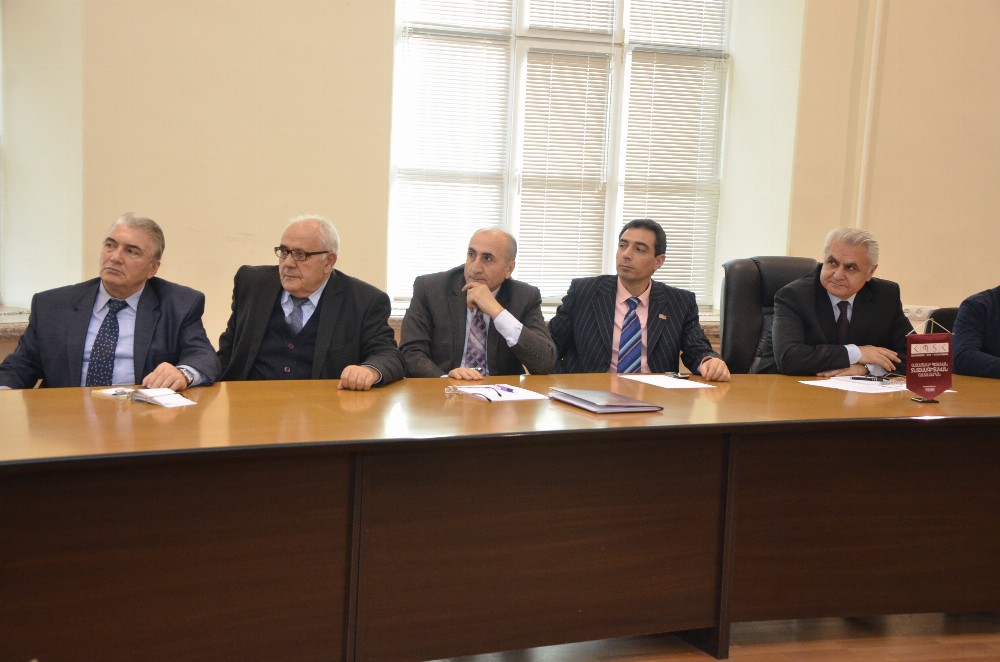 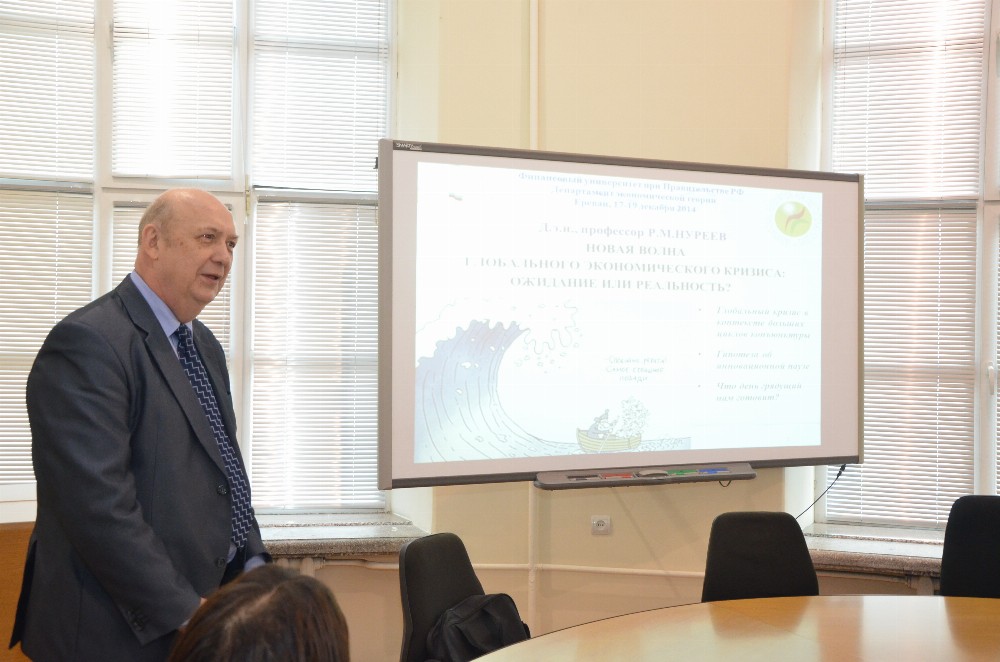 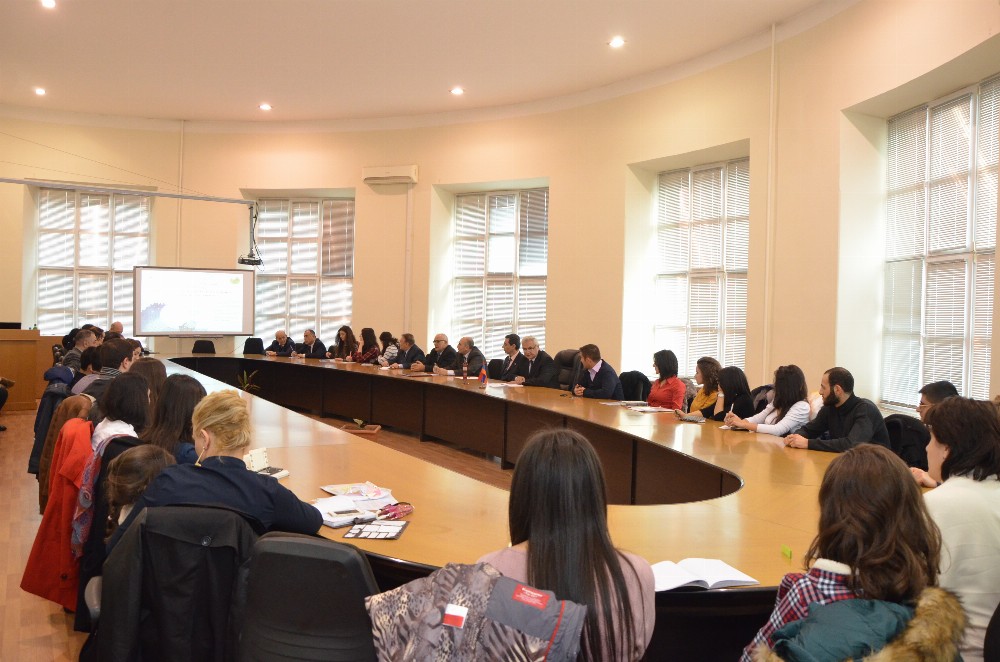 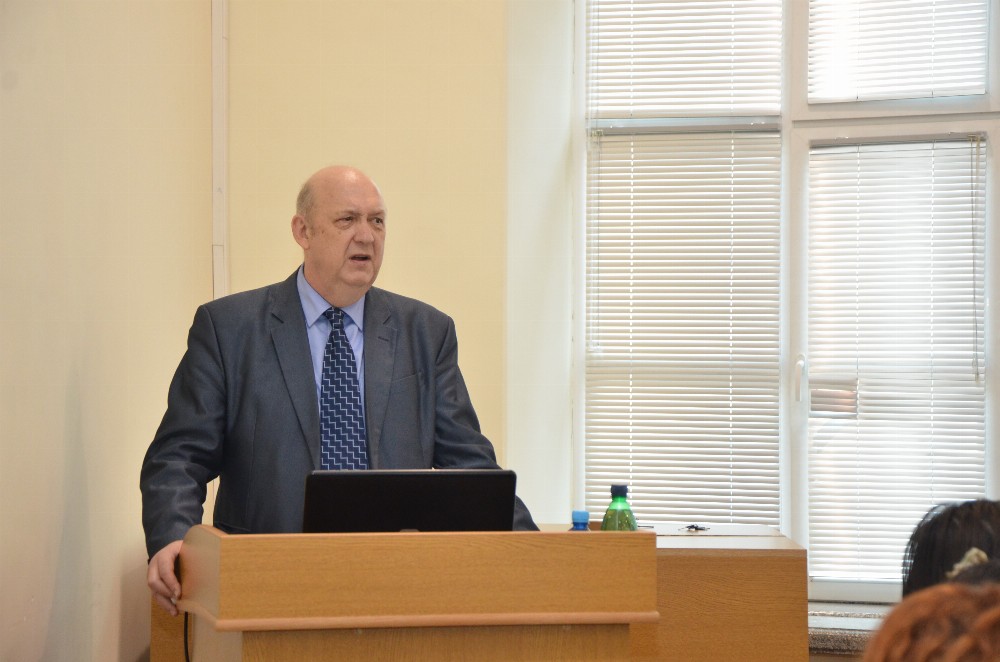 They  also  visited  ASUE  “AMBERD”  Research  Center,  where Gagik  Vardanyan  and  the Director  of  the  Center Samvel Avetisyan presented  the  Center’s activities, goals and objectives.

Then R.M. Nureev  conducted a  lecture  on  “A new wave of economic crisis. expectations or reality?”  at  ASUE  Conference  Hall,  which  was  attended  by  Vice-rector  Gagik  Vardanyan, Deans  of  Departments, Heads  of  Chairs, representatives of  Faculty  and  Administrative  staff,  students.

Gagik  Vardanyan  introduced  the  guest  noting  that it’s  a great  honor  to  host the  honorable  professor R.M. Nureev in ASUE. The  Vice-rector  presented the topic of  the  lecture  and  gave  a  floor  to the  speaker.

During the  lecture the  essence  of the  global  economic crisis, the situations  describing  it, its  impact and  so  on were spoken about.

Head of the  Chair  of Theory of  Economics Hovsep Aghajanyan,  Dean  Atom  Margaryan,  Samvel Avetisyan  and  others raised questions after  the  Russian expert’s  report.