Jubilee Honor, Scholarships and a Range of Issues at Today's Session of Rectorate’s Board 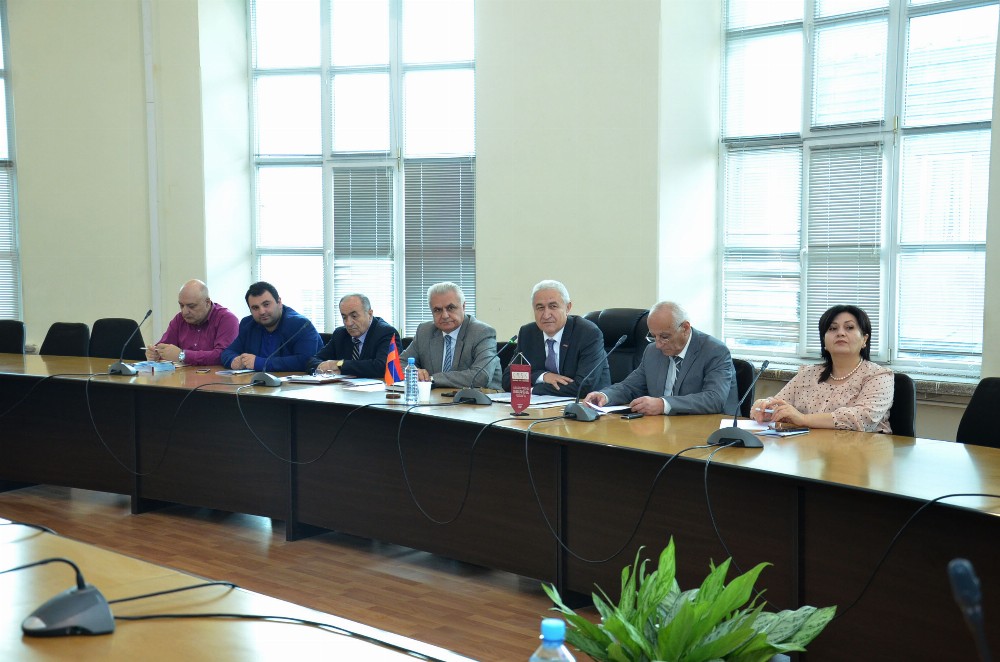 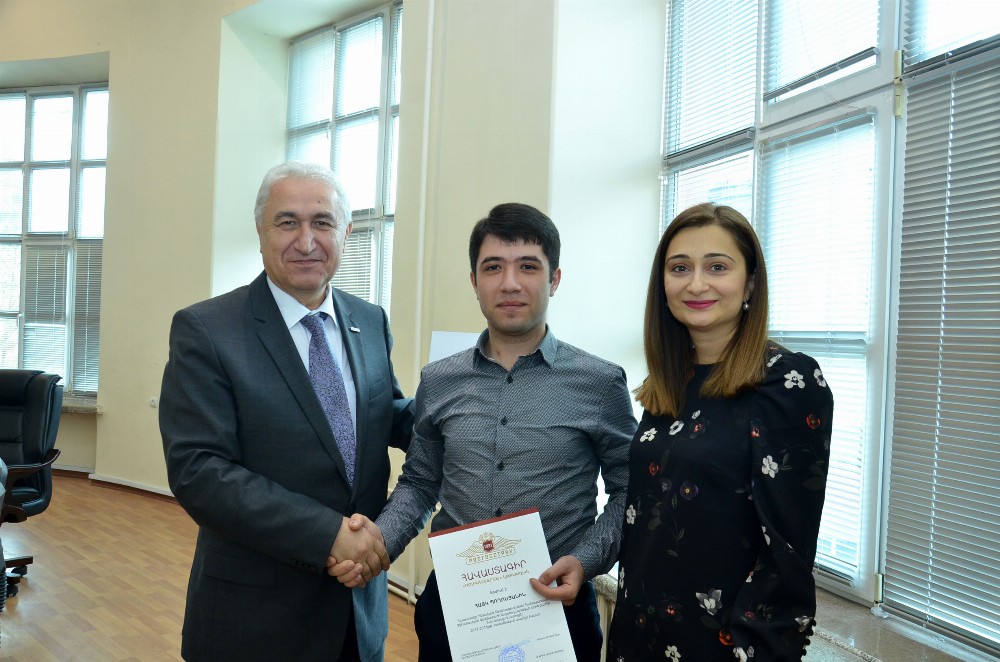 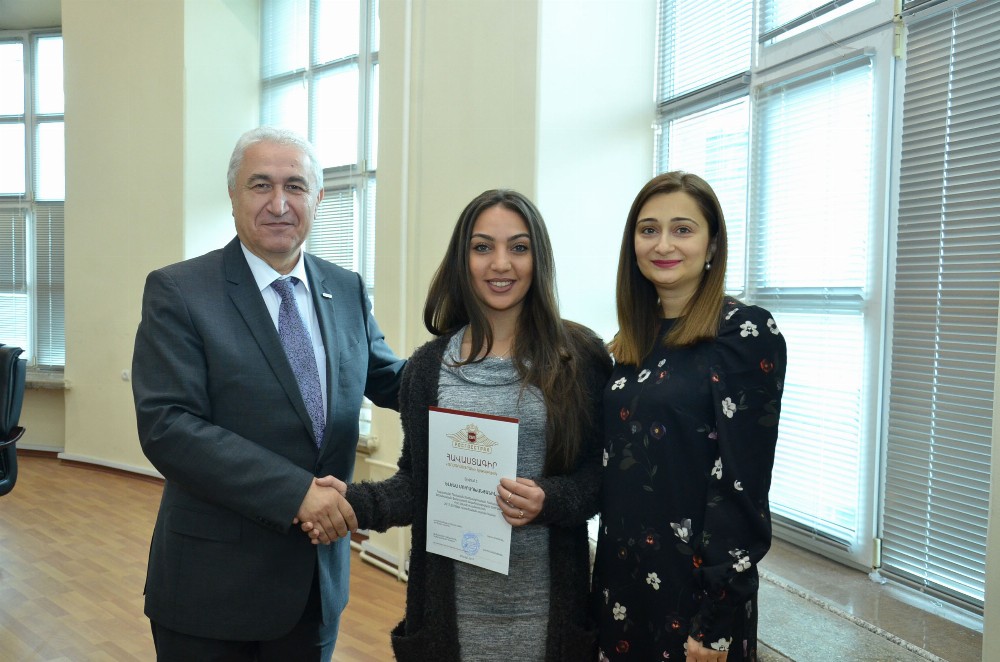 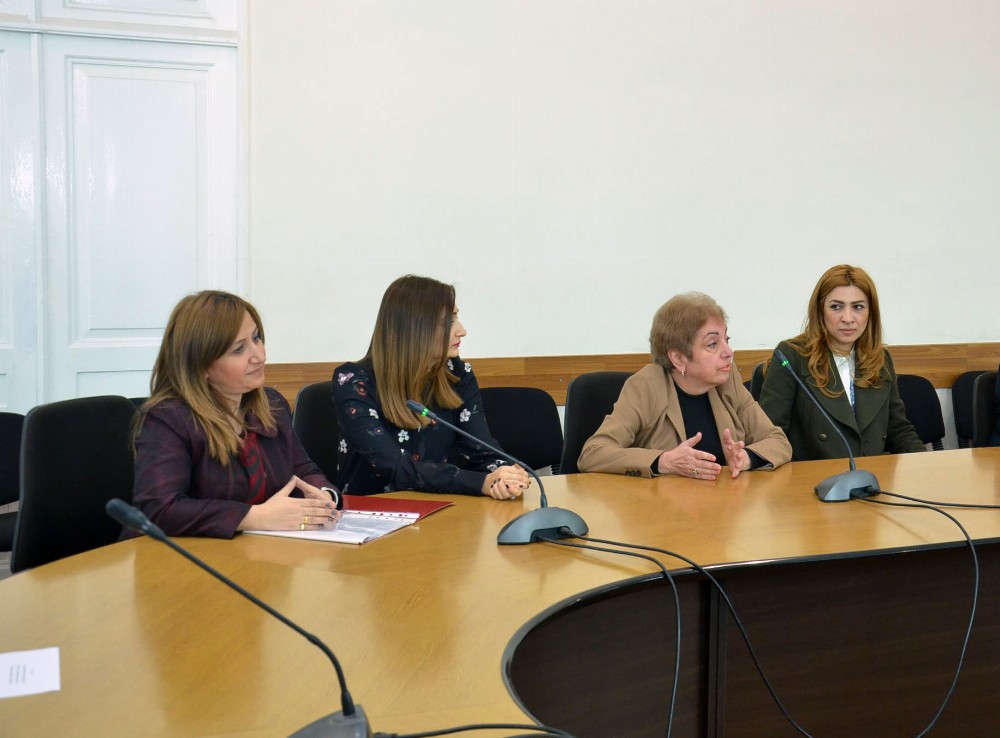 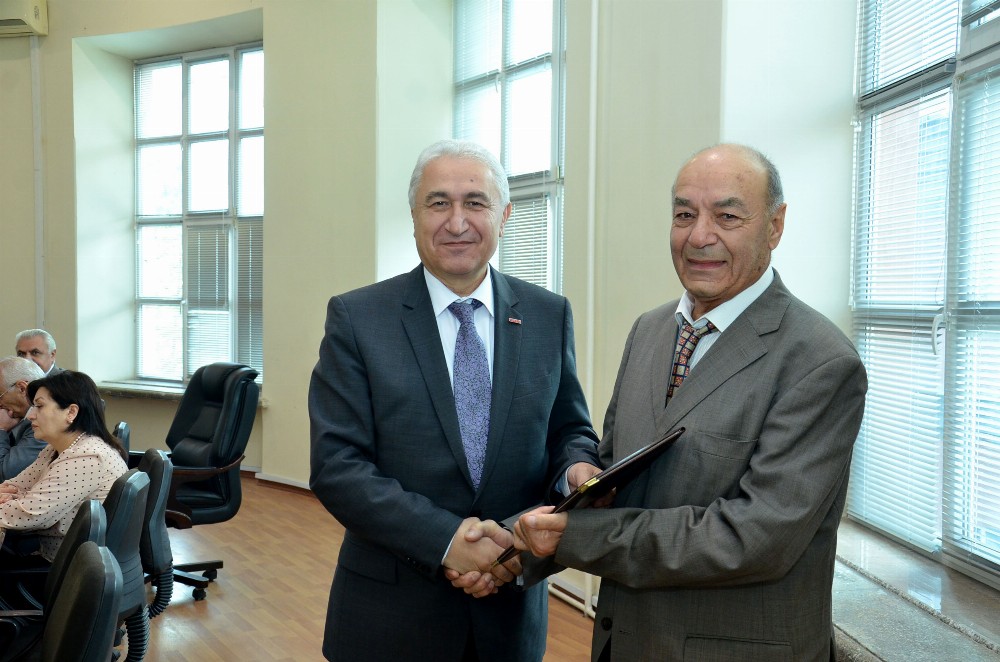 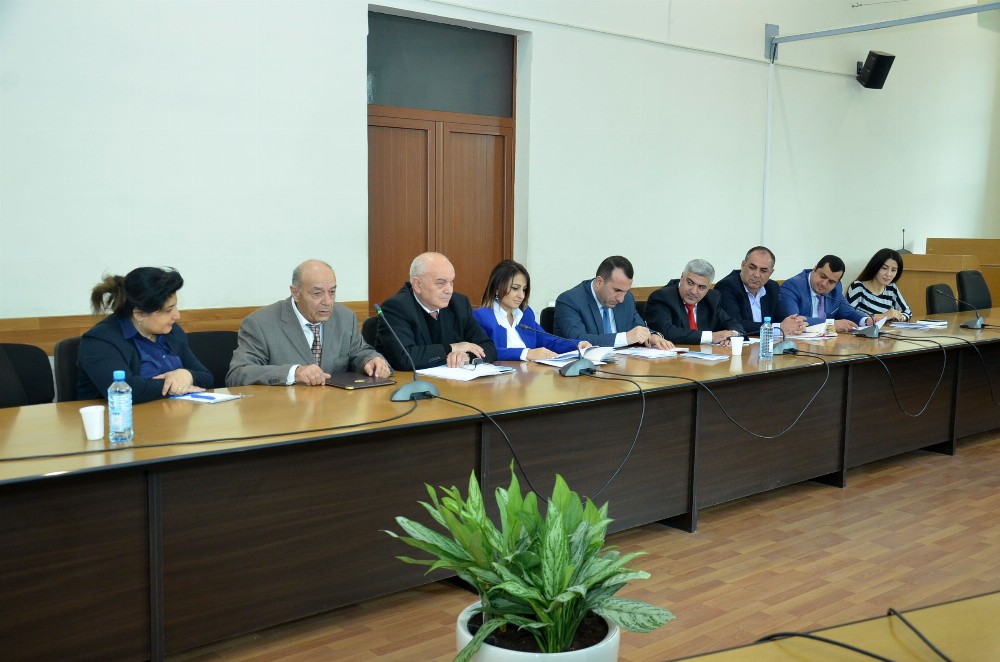 The  interaction with “Rosgosstrakh Armenia” is  one of  ASUE  best  examples  of University-employer cooperation. The beautiful tradition of awarding  scholarship to ASUE  students was  held at today’s session of  Rectorate’s Board.  Koryun Atoyan, ASUE Rector, Professor, gladly announced that  the interaction started 6 years ago gave such product.

She thanked Koryun Atoyan for  about seven-year-cooperation and  stated  that the  selection was  so  hard for  this  year, as the  worthy ones  were many. Anahit Astabattsyan expressed  hope  that this  encouragement will  motivate  students to build  their career  in the insurance market.

Lusine Gevorgyan, Head of the company’s HR Department, stated  that their  company attaches great  importance  to the young  people  and  this is not the only program targeted to students. She  also  mentioned  that  before initiating any project they direct  the  attention to University of Economics. She  also  thanked Koryun Atoyan, Vahe Mikayelyan, Dean of the Department of Finance and Anna Aslanyan, the Chair  of Banking  and Insurance,  for  effective  cooperation.

Anna  Aslanyan expressed  gratitude for the  opportunity  of  such cooperation with the  employer  and  stated; “It seems  that the University and the employer are doing a common job, which is worthy to mention”.

Before passing  to agenda  issues Koryun Atoyan congratulated Albert Hovhannisyan, Associate Professor  of the  Chair  of Commerce  and Business Organization, PhD in Economics, on the 80th anniversary on behalf  of the University staff and  students. The  Rector  awarded congratulatory message  to the Jubilee.