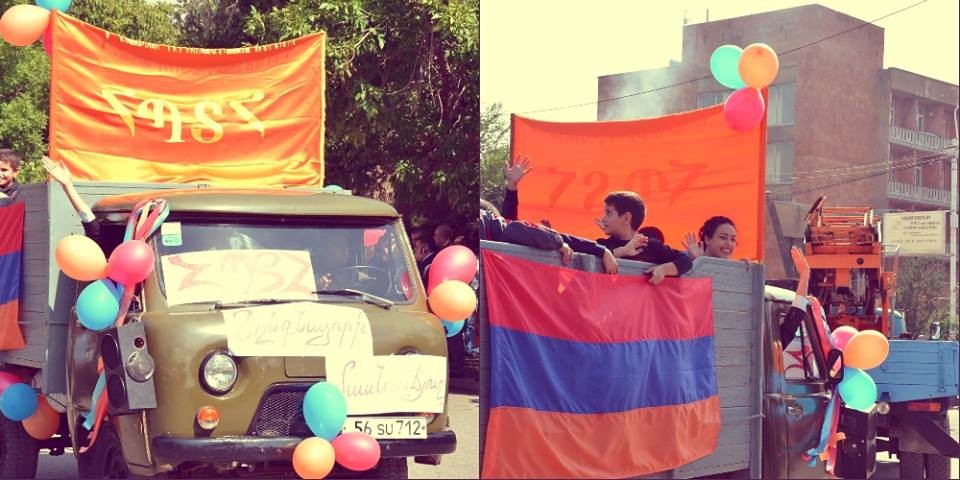 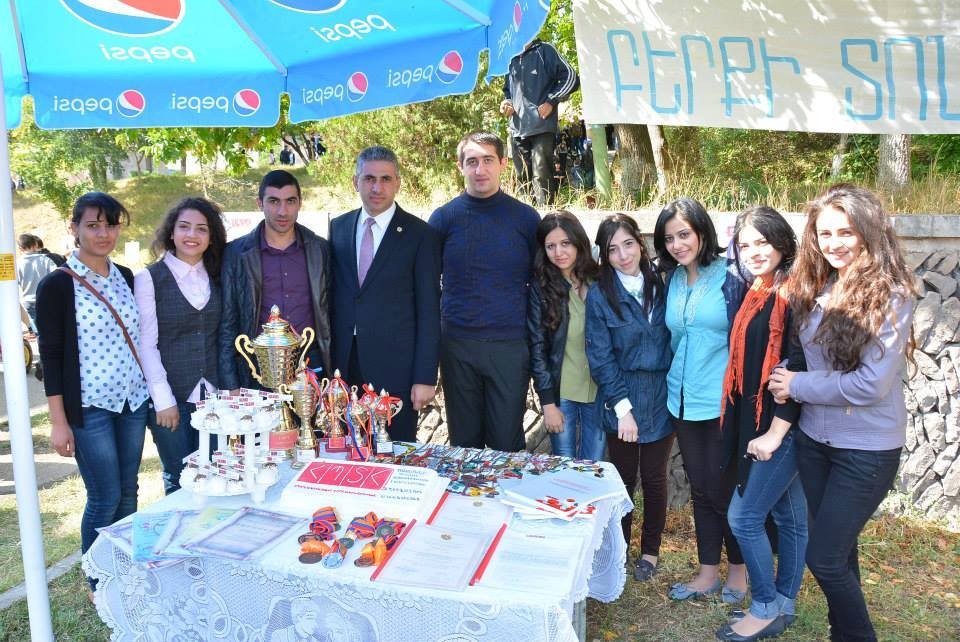 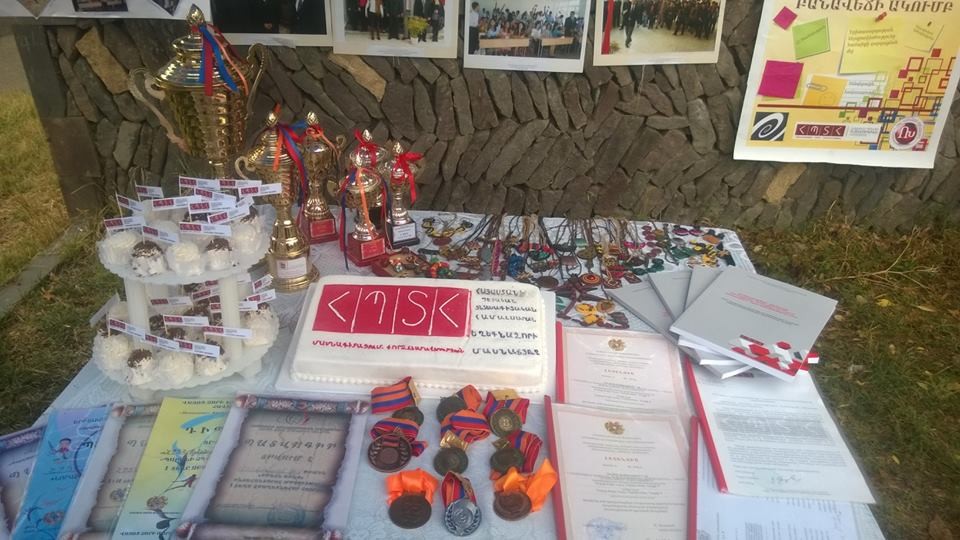 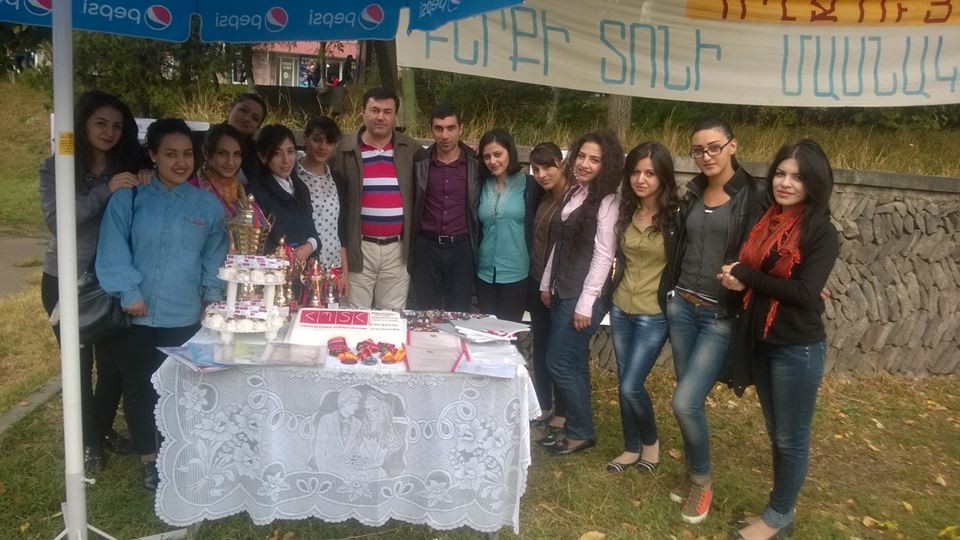 On October 5, a  city-wide  event “Harvest Festival”  was held in  Vayots  Dzor,  which  was  attended  also by representatives  of  ASUE  Yeghegnadzor  branch  headed  by  Director  Sos  Khachikyan.

It  is  a nice  festival,  during  which  state  and  non-state organizations  present  their  achievements.  Our  University  branch  participated  in it  with  great pleasure: presenting professional publications,  collection of conference  materials,  students’ academic,  sport  achievements (certificates,  cups, medals  and  so  on), handicrafts, pictures  of  University  everyday  life  in ASUE  pavilion.

People were  greatly  interested  in our  pavilion: parents  of  the  future  applicants  came  to  and  were  interested  in the  University,   specialties.  The  branch  also  participated in the parade of cars  with ASUE  symbolic poster”;  said  the  Director.

Sos  Khachikyan  informed  that  our students  had won a project this  year  according to which they  had an opportunity  to  sell their  handicrafts  and to  transfer  the  profit  to  socially  vulnerable local  families. Harvest  festival was a good opportunity to present the  handicrafts.

P.S. The  photos  are  submitted  by ASUE  Yeghegnadzor  Branch.