THE UNIVERSITY IS READY TO SUPPORT YOUR SUCCESS: RECTOR ACCEPTED THE VICTORIUOS ASUE MEMBERS 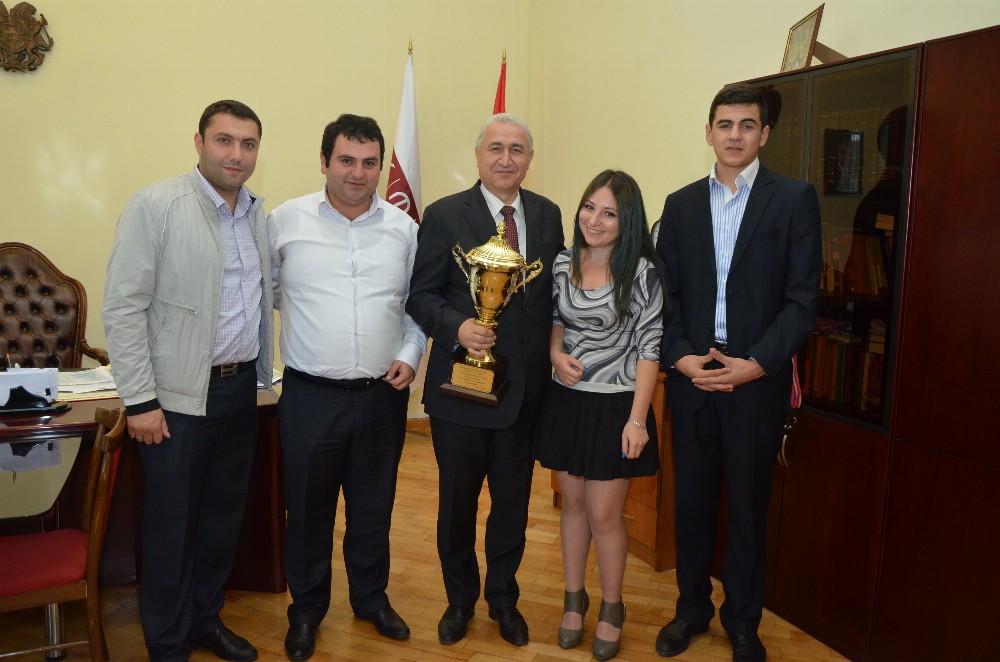 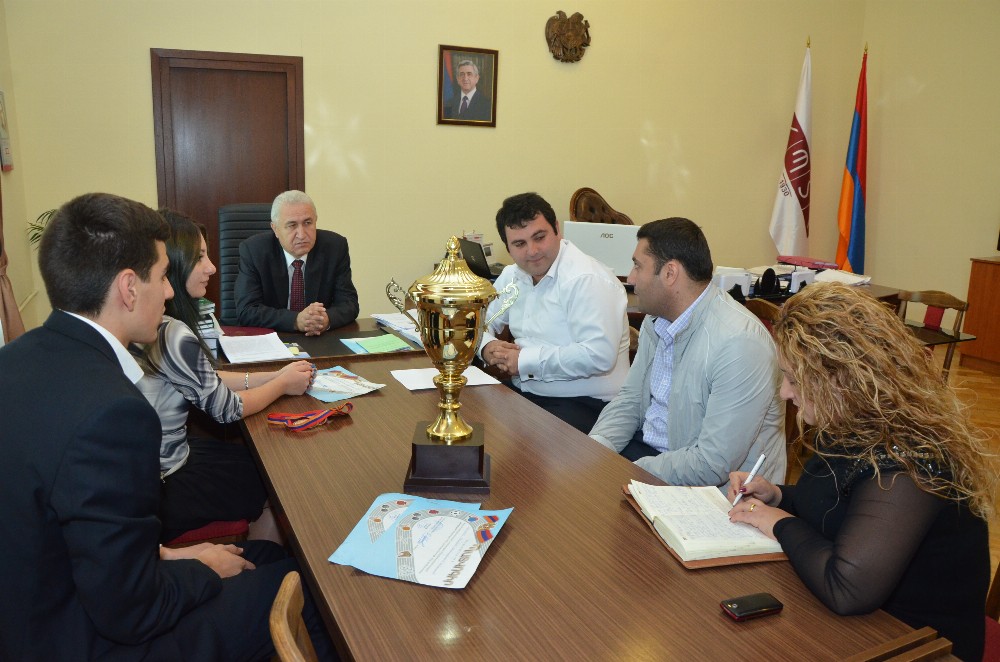 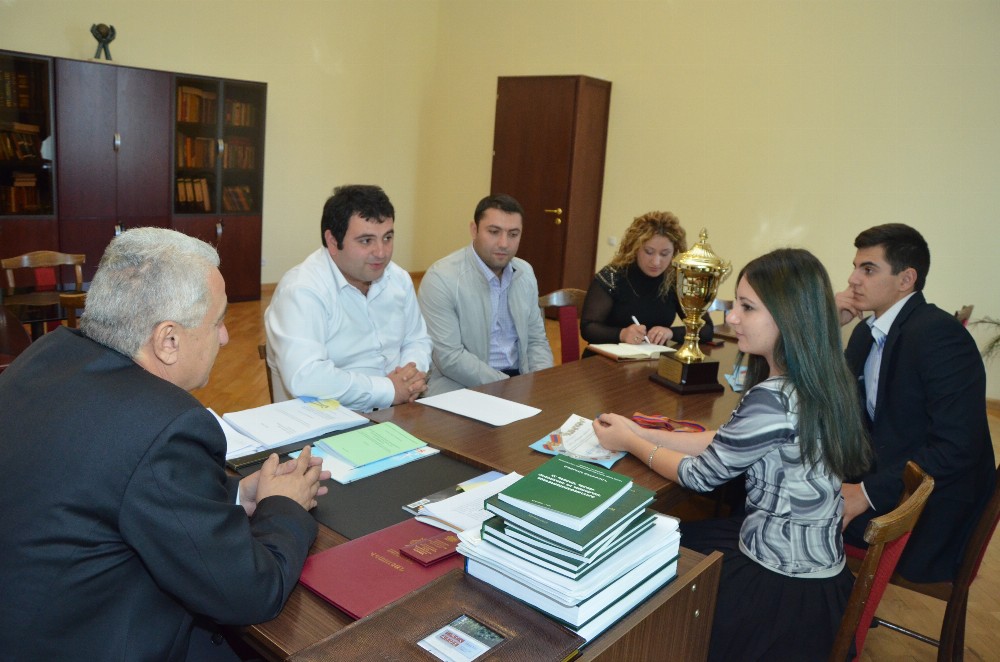 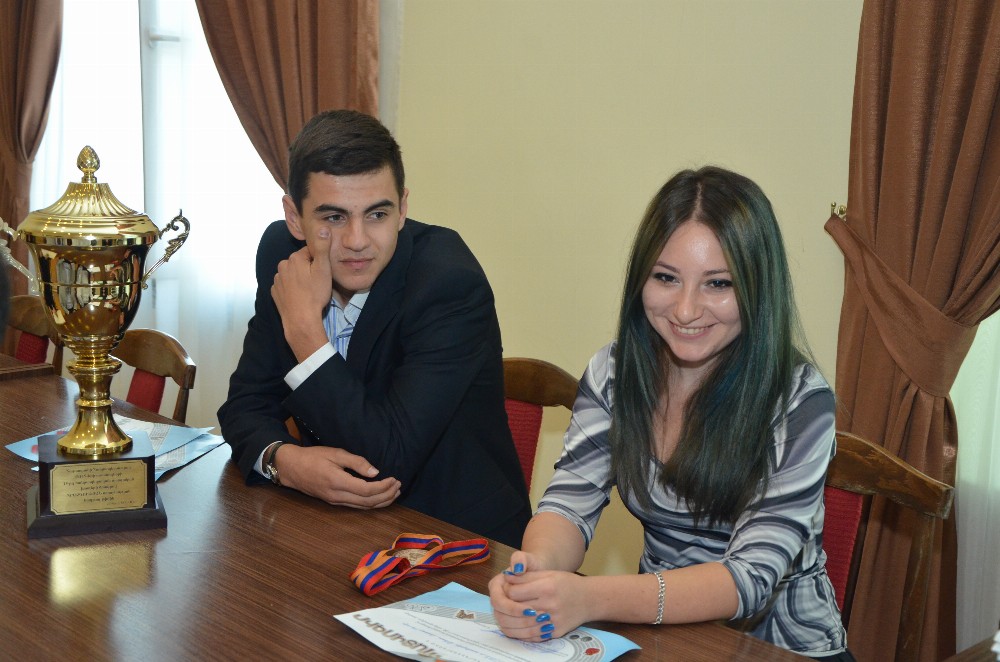 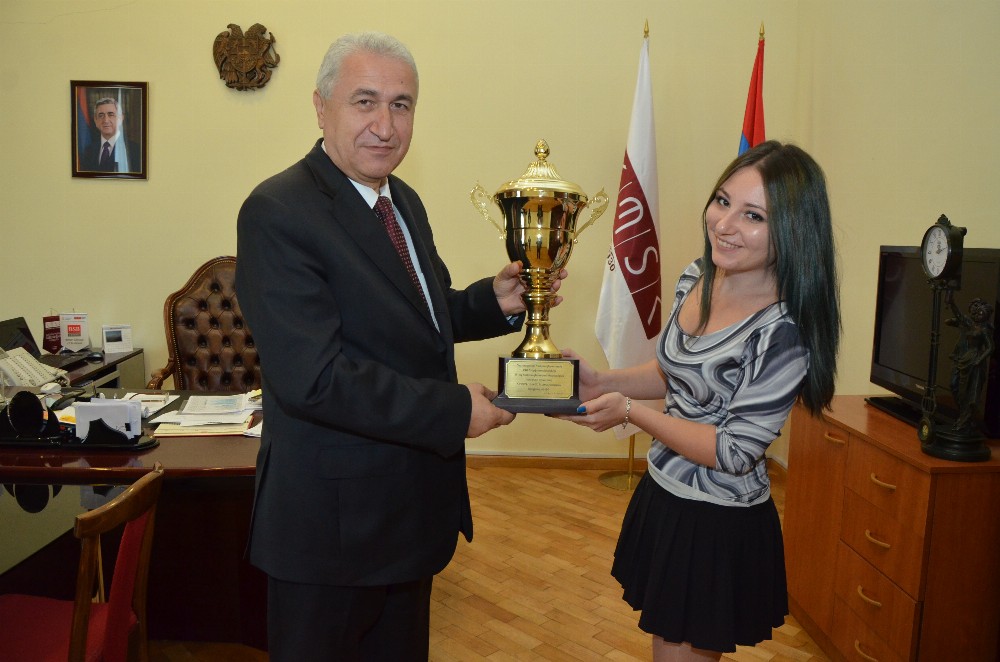 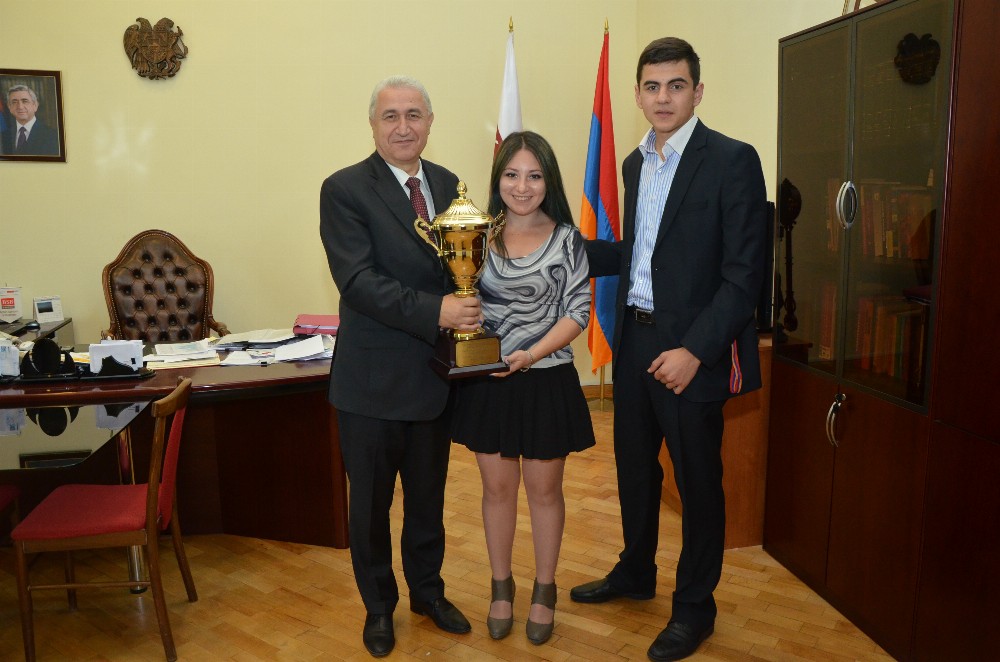 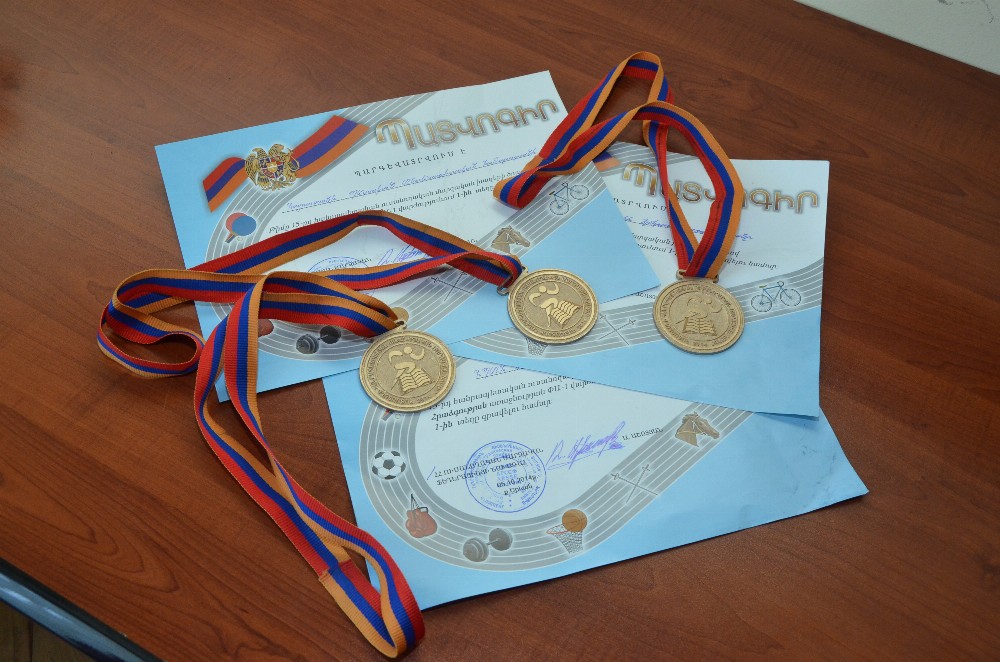 Sekav Khachatryan  and Hovhannes Gabrielyan presented  the  success  of  the  University  team, told  about  the  tournament in details,  referred  to  future plans.

The  Vice-rector, Sevak Khachatryan, introduced the team members, their  success    not only in academic, but also in sport  sphere,  and  the  Head of  the  Chair pointed out the upcoming tournaments and stressed that they  had  new expectation of success.

ASUE  Rector congratulated the  team members (3  students,  but  two  of them were present  at the  meeting: Elmira  Karapetyan  and  Tigran  Gasparyan)  and  mentioned; “We  are  proud  of our  University representatives’  success, as  it is  our  University  honor  and  reputation. I  congratulate  you  on behalf of the University  Faculty, students  and  wish  you   new  achievements”. Koryun Atoyan assured  that the  University  was  ready  to  support  students’ success.   applying  to  Sevak Khachatryan  and  Hovhannes  Gabrielyan  the  Rector  said; “I  propose to bring together talented students, trying to  help  and  to contribute to  their success. We  should  focus our  attention  on the  sports  and sphere where we  have  already  registered success  and  we  know  that we  have  potential.   I am willing to help  and  to encourage you”.

They  also  referred  to the  project  of  founding a  shooting  range  in the  University, on which  initial agreement was attained with the Minister of Defense, Seyran Ohanyan,  during  the  visit  to  ASUE  on September 12.

In addition to team competition, students measured the forces in individual struggle. A student  of  our University, Elmira  Karapetyan,  won the 1st place, and a  student  of Armenian Medical Institute  won in boy’s competition.

The  RA Ministry  of  Education and  Science, Student Sport Federation  of Armenia  and  Youth  Foundation of  Armenia  are  the organizers of Armenian student sport  games.