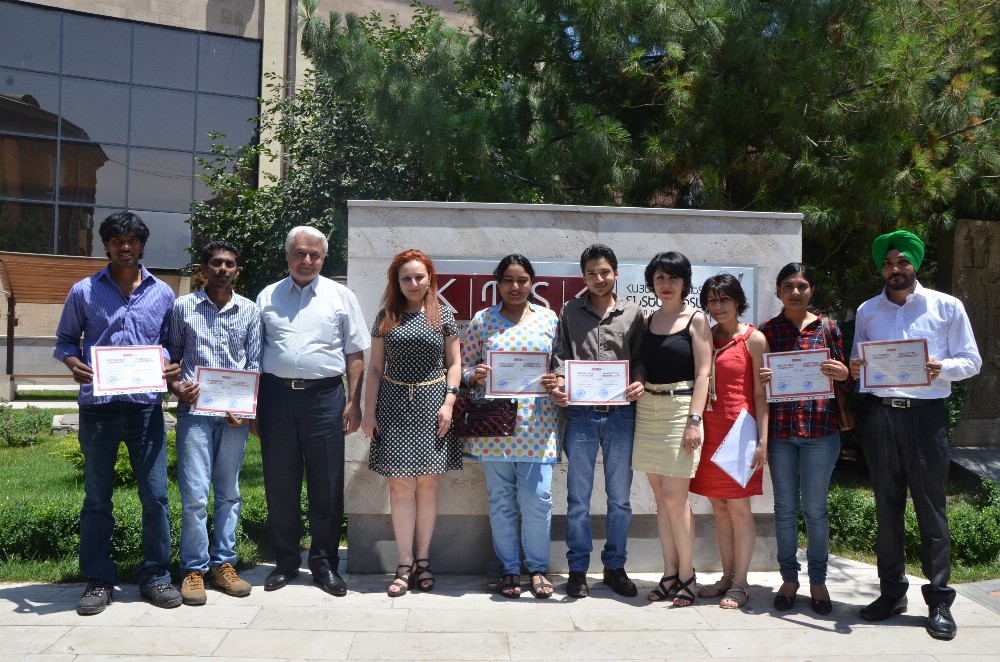 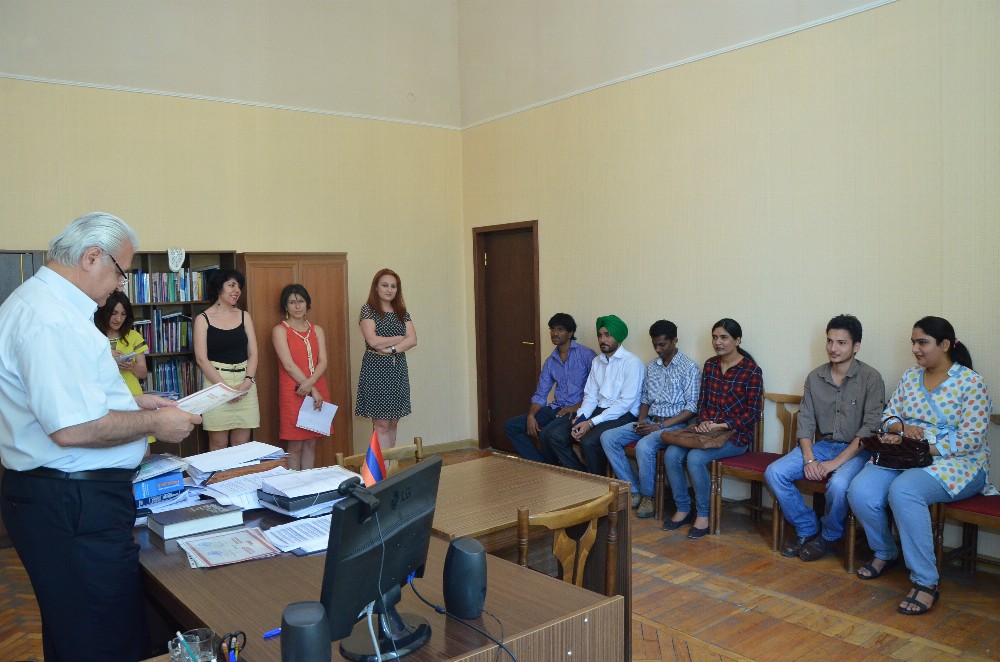 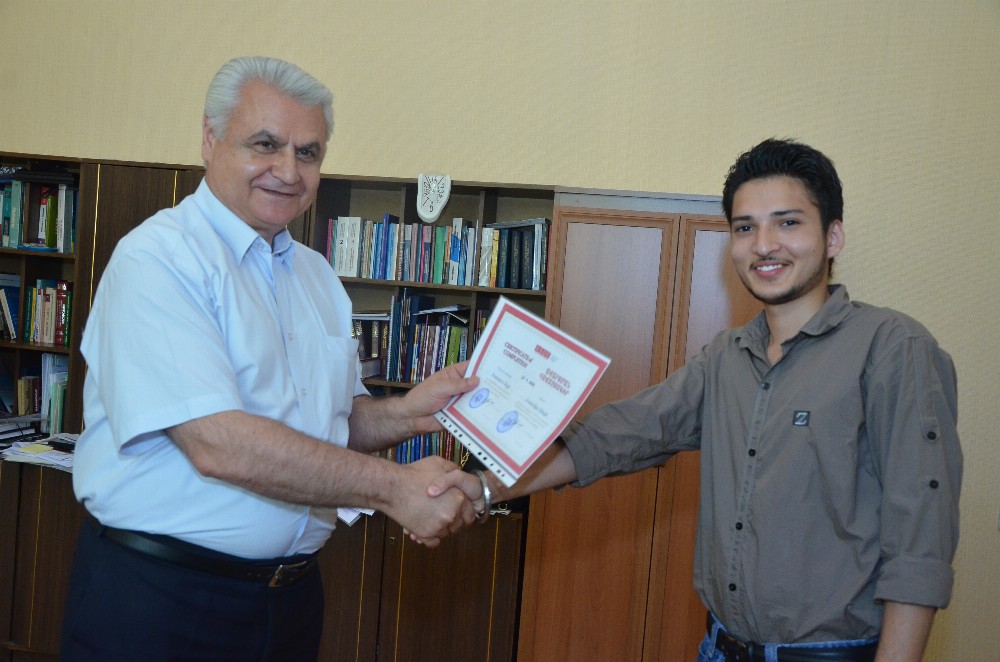 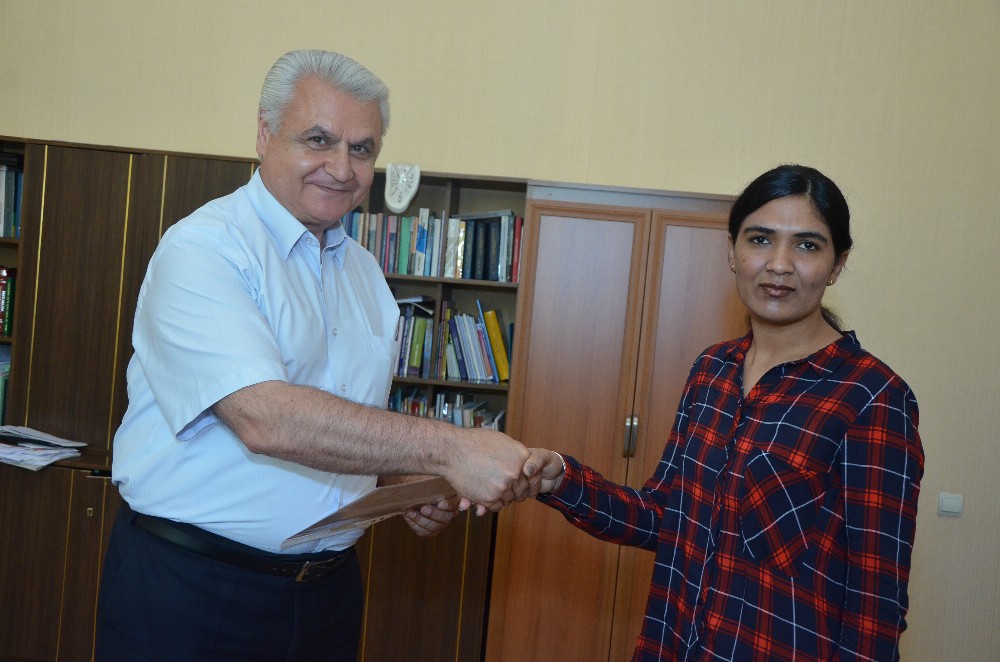 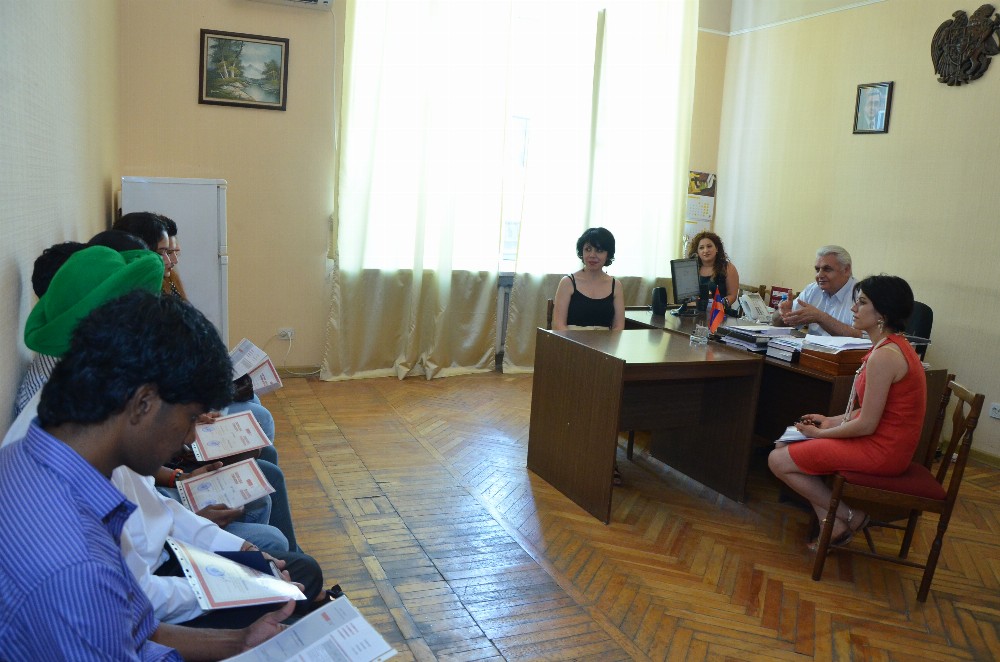 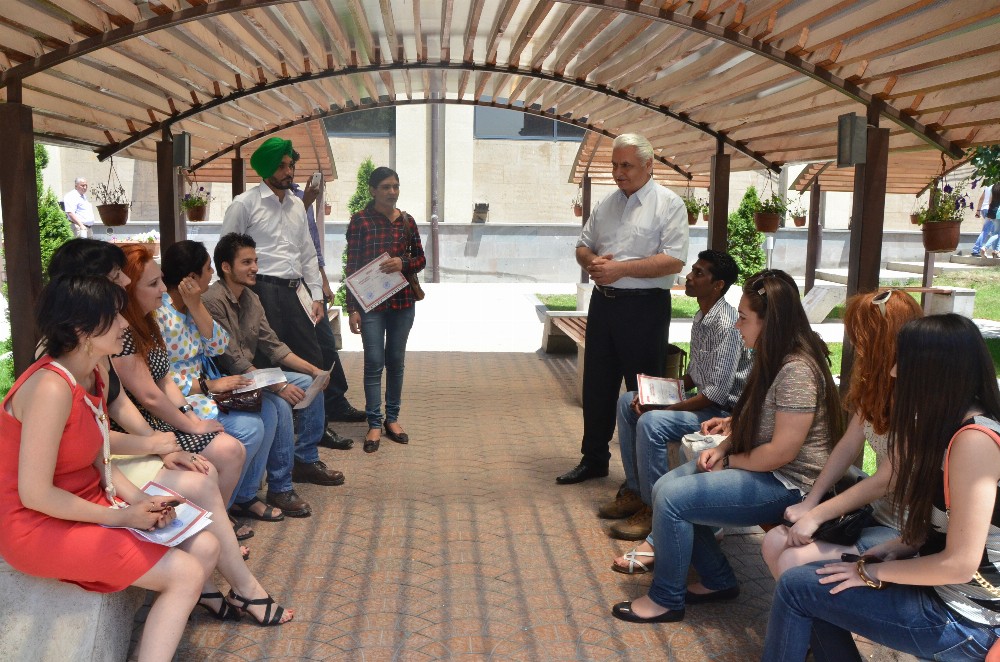 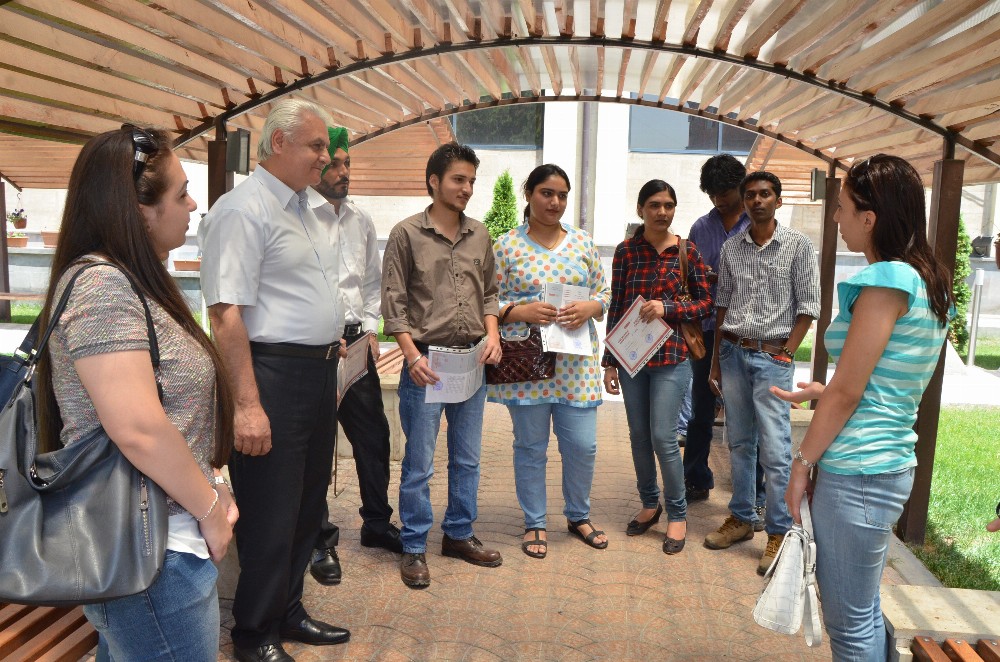 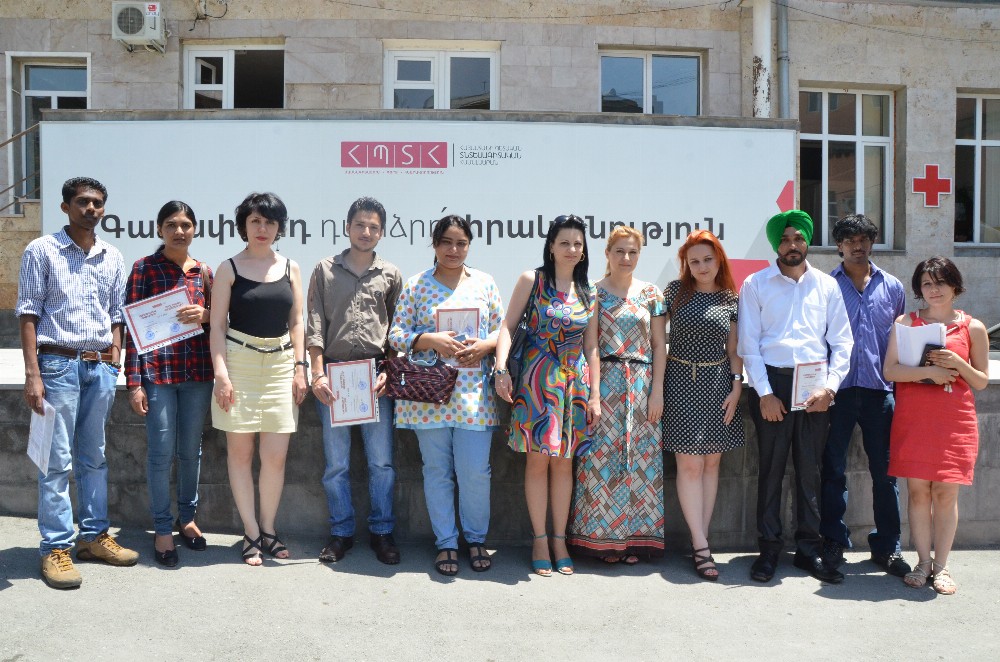 At  the  beginning  of  the  meeting   Vice-rector  welcomed the  students  and  mentioned  that  he’s  glad  to  hand  the  certificates.

Gagik  Vardanyan asked  the  students  whether their expectations  were   justified  regarding  the  study, they’re satisfied  with  the  knowledge gained  at  ASUE,  in response the  students expressed  their  satisfaction,  one  of  them  said; “Everything is  fine…”.  Gagik  Vardanyan  mentioned  that besides  the  foreign students were  educated  in our  country ,  they  created intercultural  relations, students  got  acquainted  with  each other’s traditions, gained   new  friends. The  foreign  students  were  enable  to make  suggestions,  which  aimed  to make  the  study  more   effective. One of the students suggested to  include Russian  course in  curriculum. The  Vice-rector  welcomed  the  suggestion  and  mentioned  that steps would  be  undertaken  to  include  it  in   the  course.

At  the  end  of  the  meeting the  foreign  students,  accompanied  with Gagik  Vardanyan  and  collaborators  of  ASUE  Foreign Relations  Division,  took  a  tour   round ASUE  yard,  talked  to ASUE  Armenian  students,  exchanged impressions.