“Level up” Conference was Summed up. Certificates Were Awarded 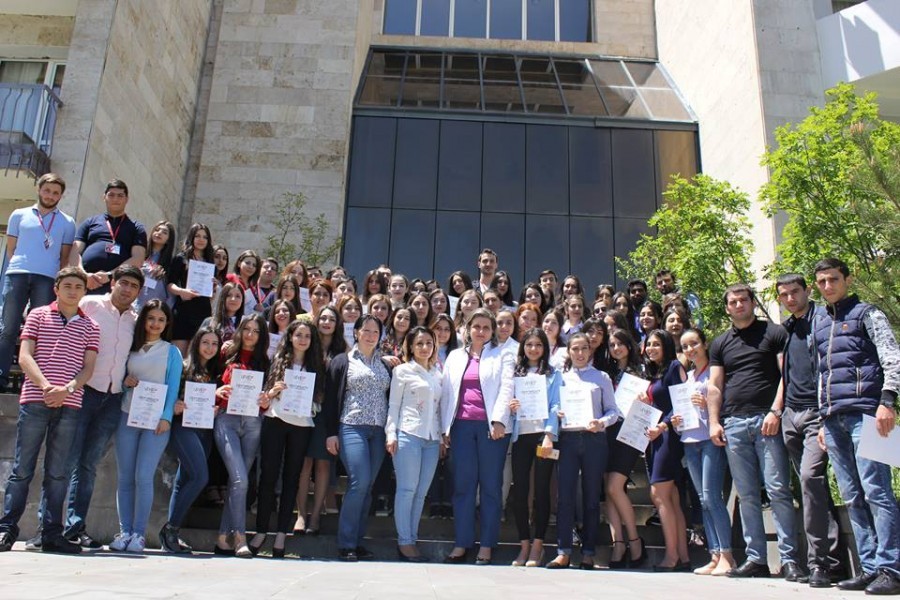 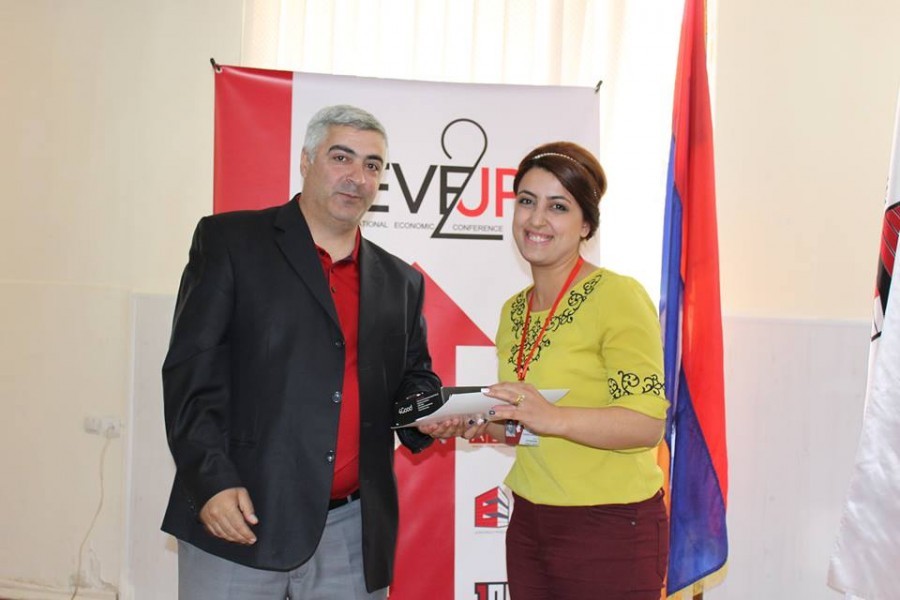 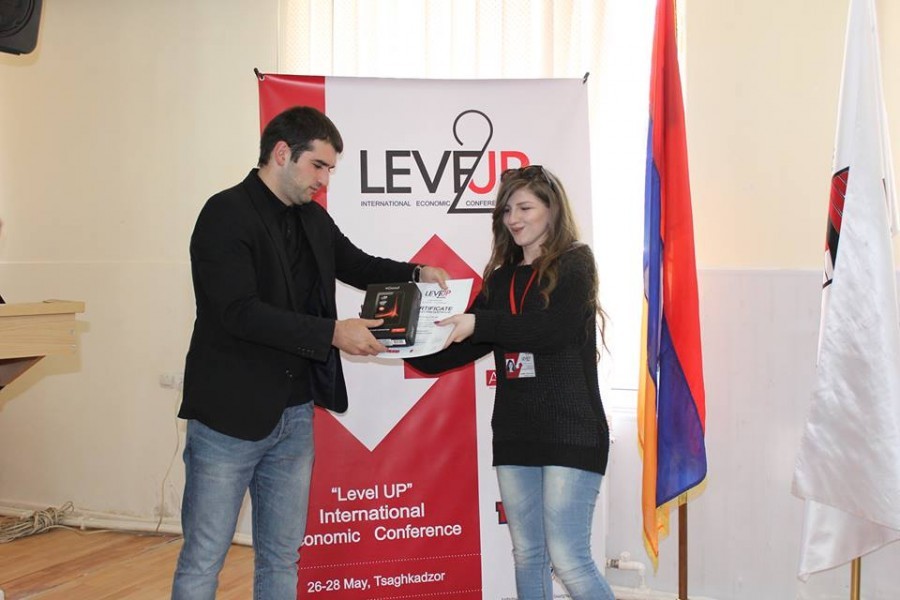 Three-day-conference, launched on May 26,co-hosted by the Student Council of the Armenian State University of Economics and the Youth Foundation of Armenia, was  summed  up  yesterday. Solemn ceremony of  awarding certificates was held.

Here  are the  names  of  awardees:

All winners were awarded with tablets.

The  prizes  and  certificates  were awarded by Grisha Amirkhanyan, Vice President of ASUE SC  and Hovhannes Harutyunyan, Deputy of SC President, highlighting the  role of  such  conferences  in students life, noting that  such initiatives would be continued.

P.S. About 100 students  and young scholars attended the  conference on “Economics for Better Economy”. Karen Karapetyan, the  RA Prime  Minister, Koryun Atoyan, ASUE Rector, Professor, Karen Karapetyan, Coordinator of Board of Trustees
Youth Foundation of Armenia
RA Member of Parliament, visited  the  participants on the  second day of the  Conference.

The  photos are submitted by ASUE SC.