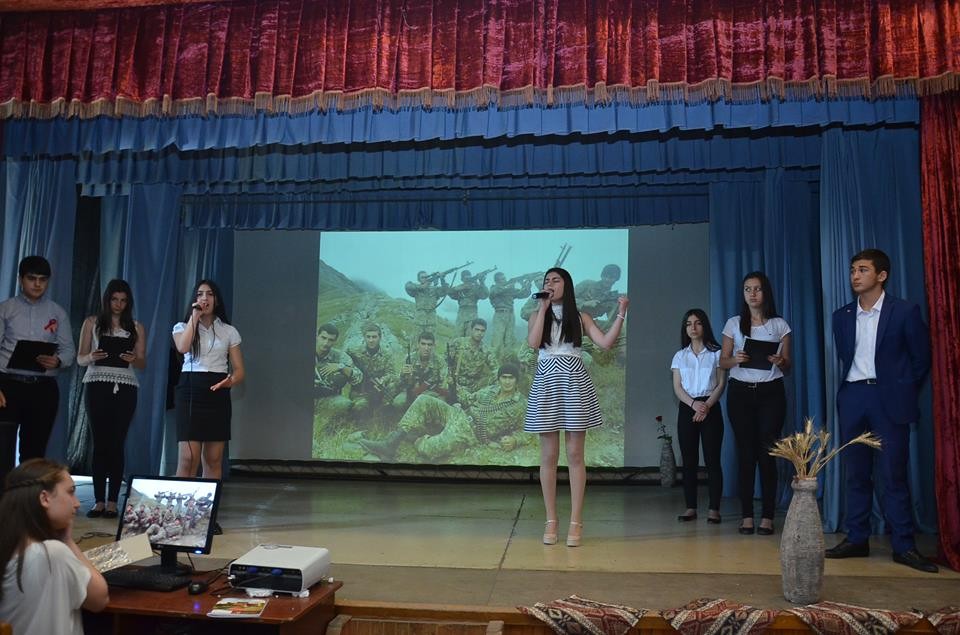 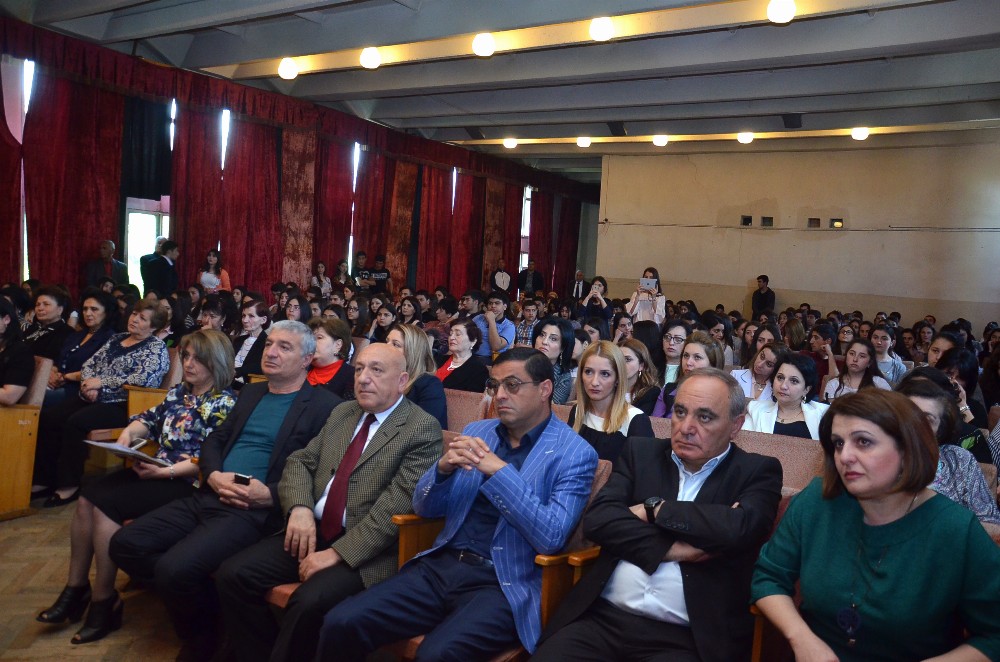 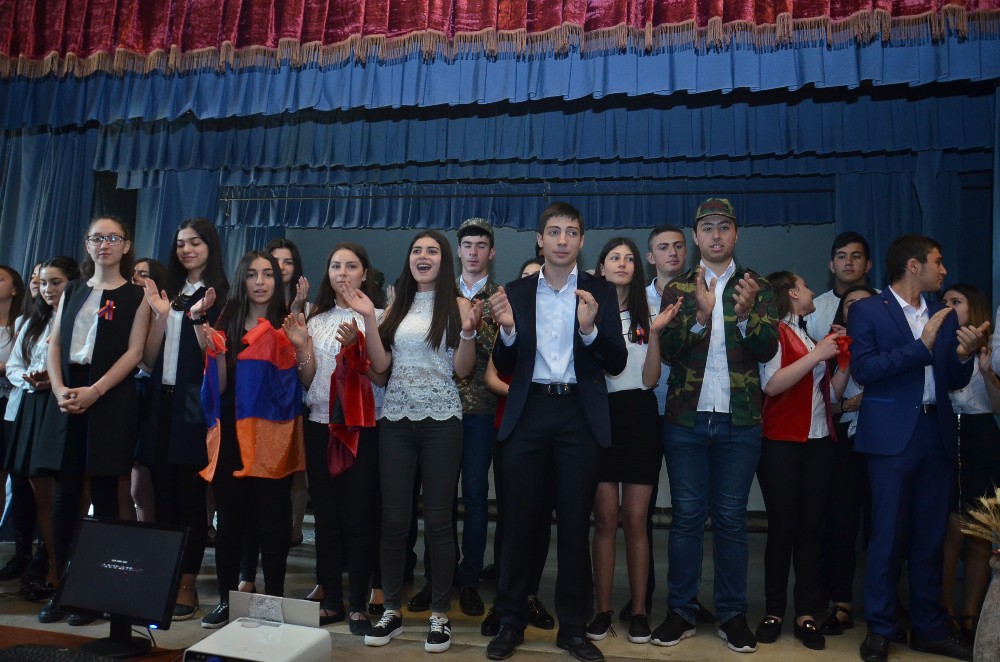 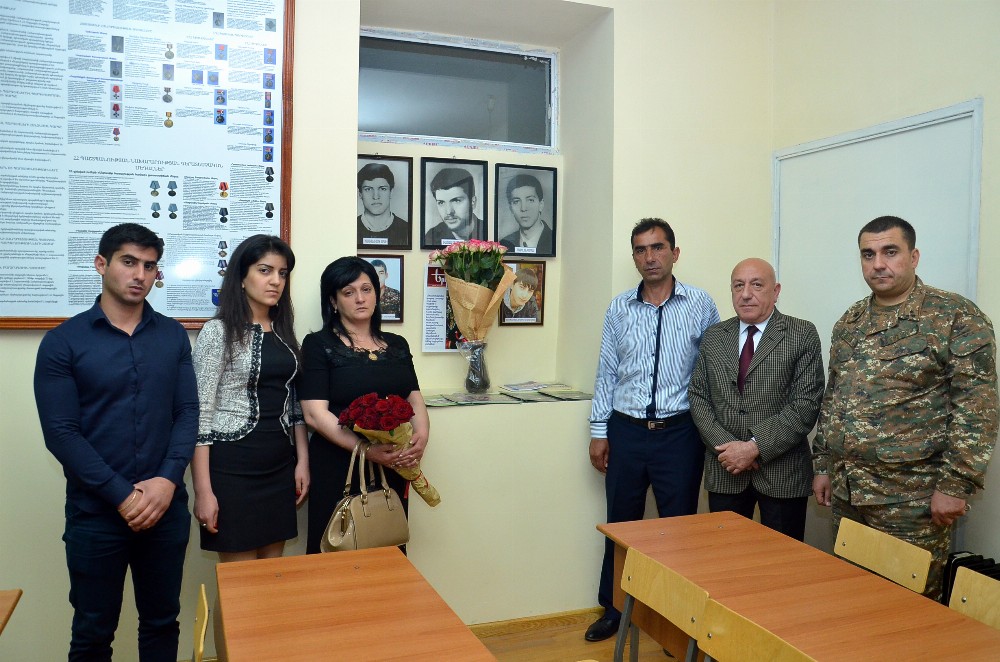 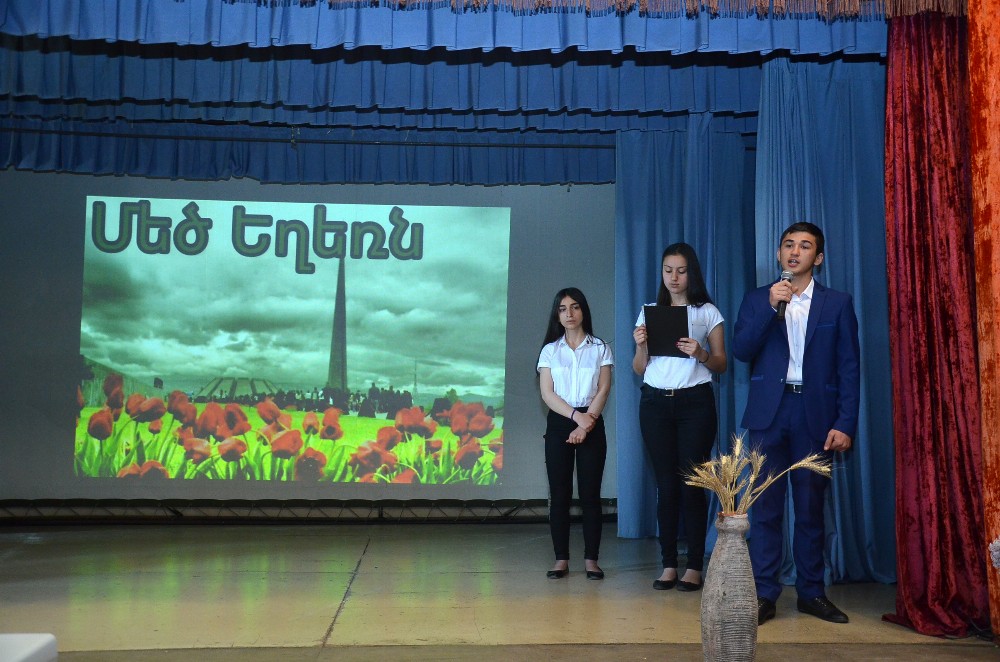 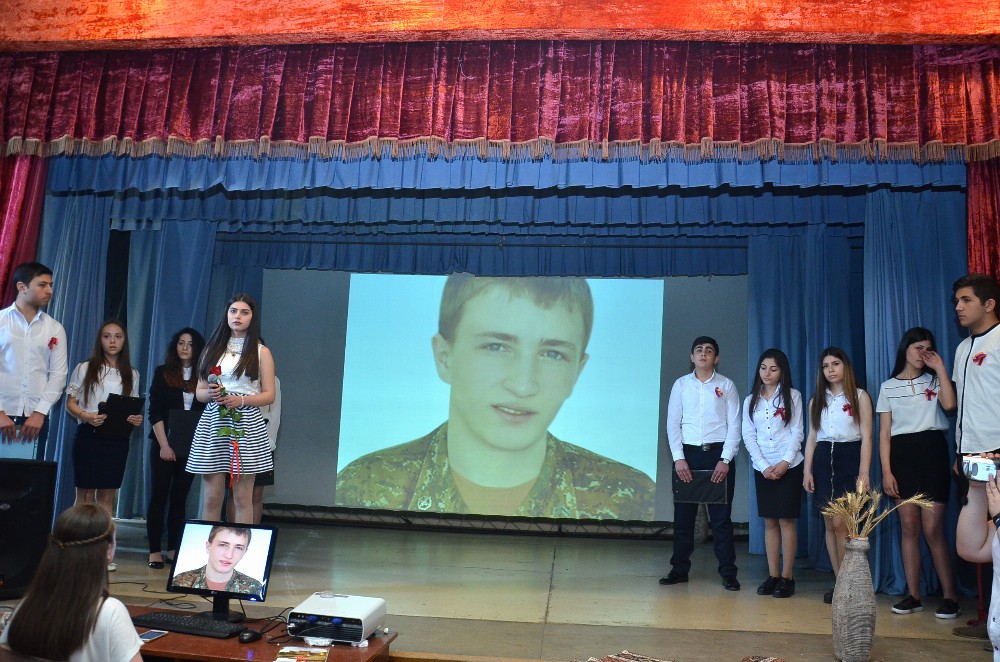 The  day at ASUE  Financial  and  Economic College  was marked  by emotional memorable event  dedicated  to college alumni –Gor Kirakosyan  and Sargis Gasparyan, killed  at  April-four-day-war, as well as to Genocide victims  and May triple holiday.

Talented  alumni acted with words of gratitude and respect, prayer and remembrance songs, demand to remember the  Genocide  victims and to recognize the  Genocide waving the Armenian flag. The  event  was summed  up  by  the Kochari – dance of  victory with students’ eyes full of hope  and determination.

At the  end  of  the  event  Karapet Kirakosyan, Avag Hakobyan, Volodya Barseghyan, Tigran Mnatsakanyan, Emma Tanayan expressed  gratitude to the  parents  of our  Heroes, friends, then students  and organizers for  keeping alive their memory and conducting such patriotic event.

Note, that the  military auditorium  of  the  College was  named  after Gor Kirakosyan.