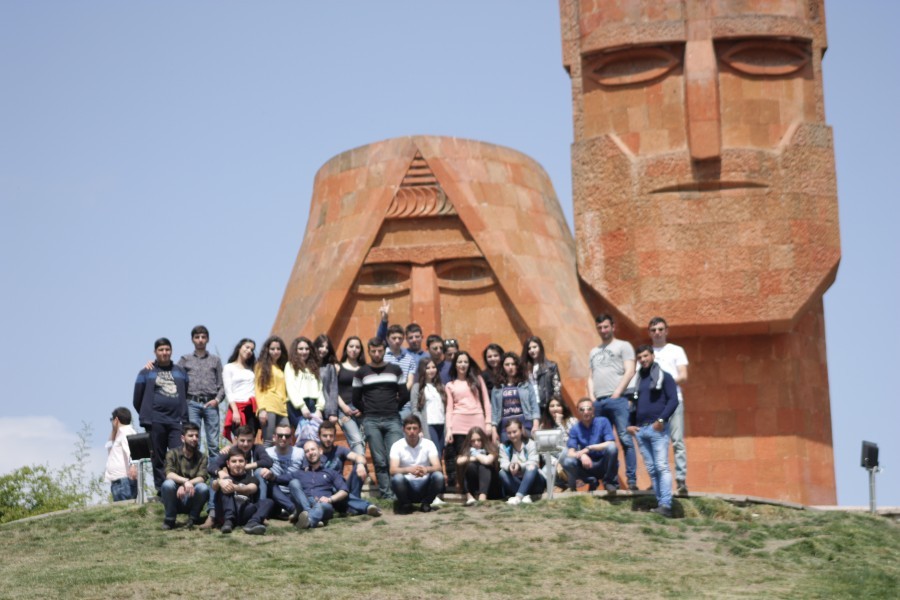 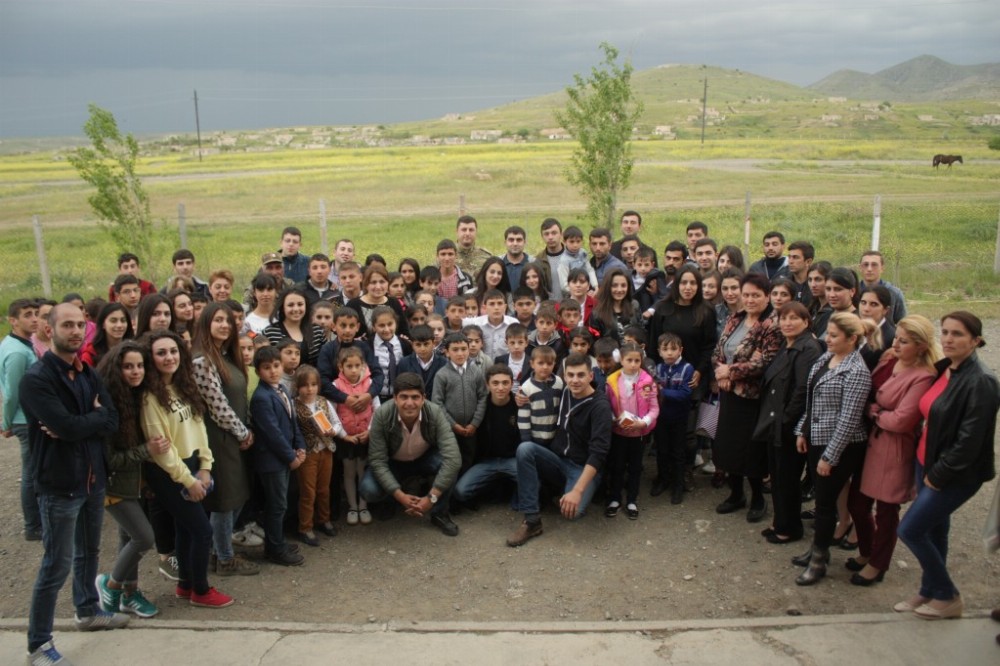 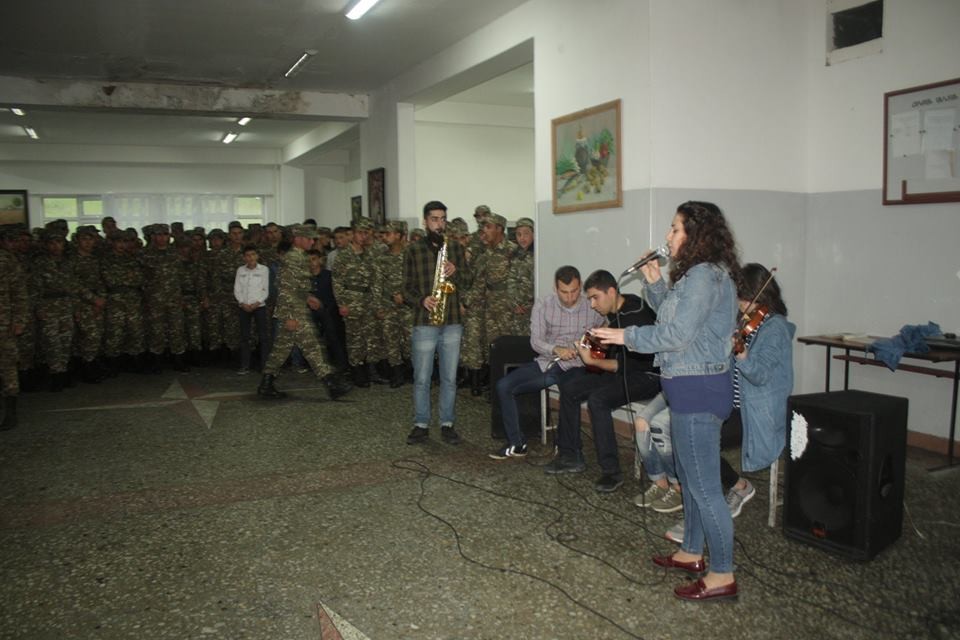 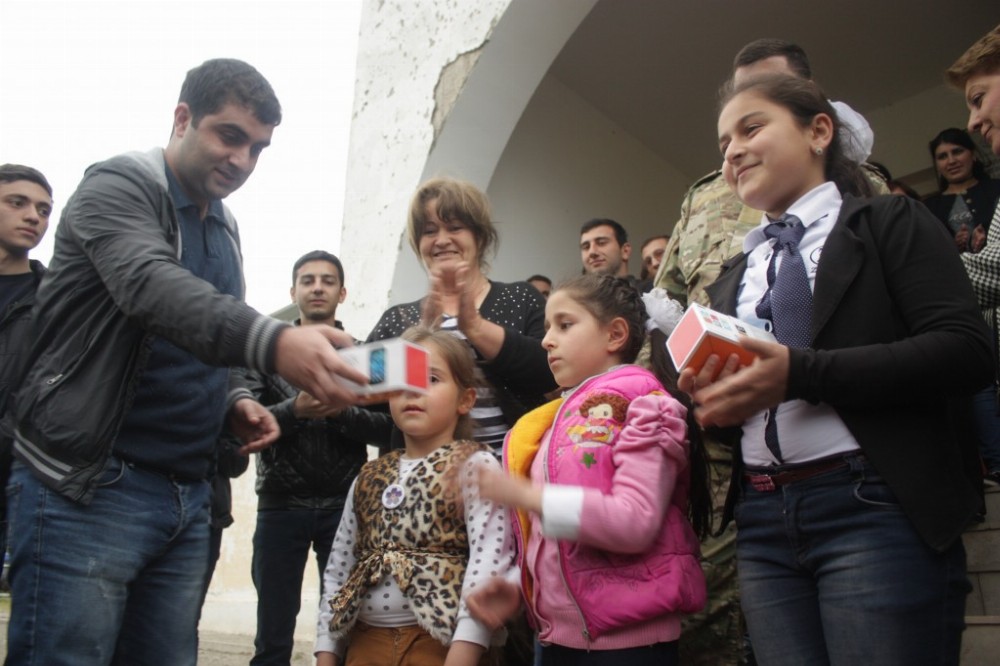 Students also  visited the  military  unit of Jrakan (Jebrail), had a dinner  with soldiers, then conducted musical  measure dedicated to the 25th anniversary  of the Liberation of Shushi.

On April 30, students visited historical-cultural sights in Artsakh and  then came  back to Yerevan.

Sergey Kharatyan  stated  that  “We are Artsakh”  project is  implemented  under the auspices of  ASUE Rector Koryun Atoyan and Youth Foundation of Armenia; “This  initiative  aims at  strengthening nation-army  relation. “We are Artsakh” project is  inclusive: ongoing visits to military units, schools in Artsakh  are  planned within the  frames  of it”.

This  project is also a cognitive  one. The  students  get a chance to reveal the Armenian Second Republic - Artsakh. Shogher Arazyan, the 3rd year student of assurance specialty, was greatly  impressed by the two-day-visit to Artsakh.

The  photos  are  submitted  by ASUE SC.