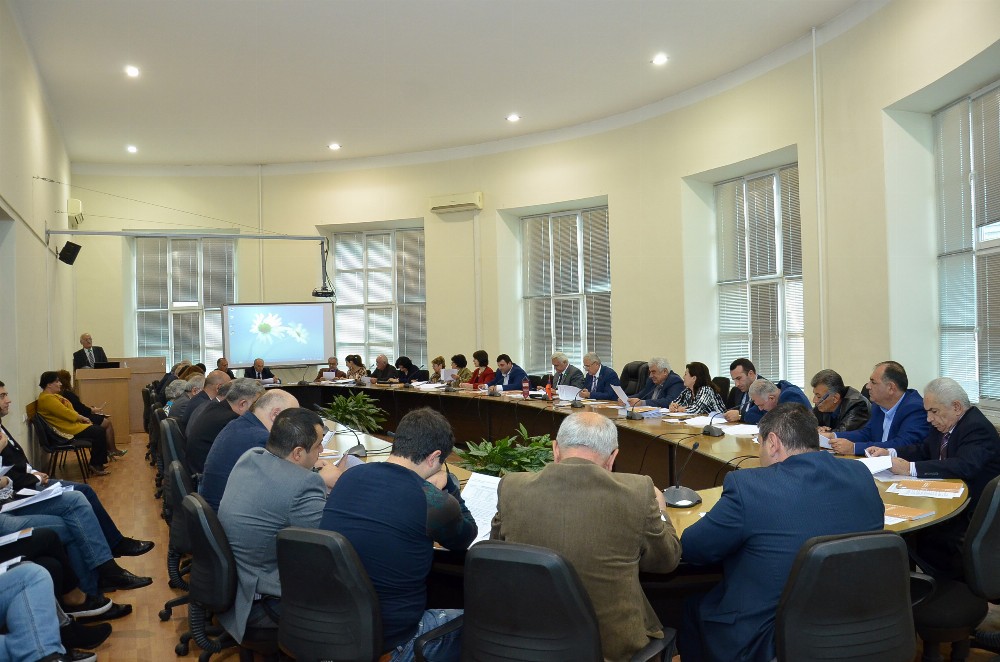 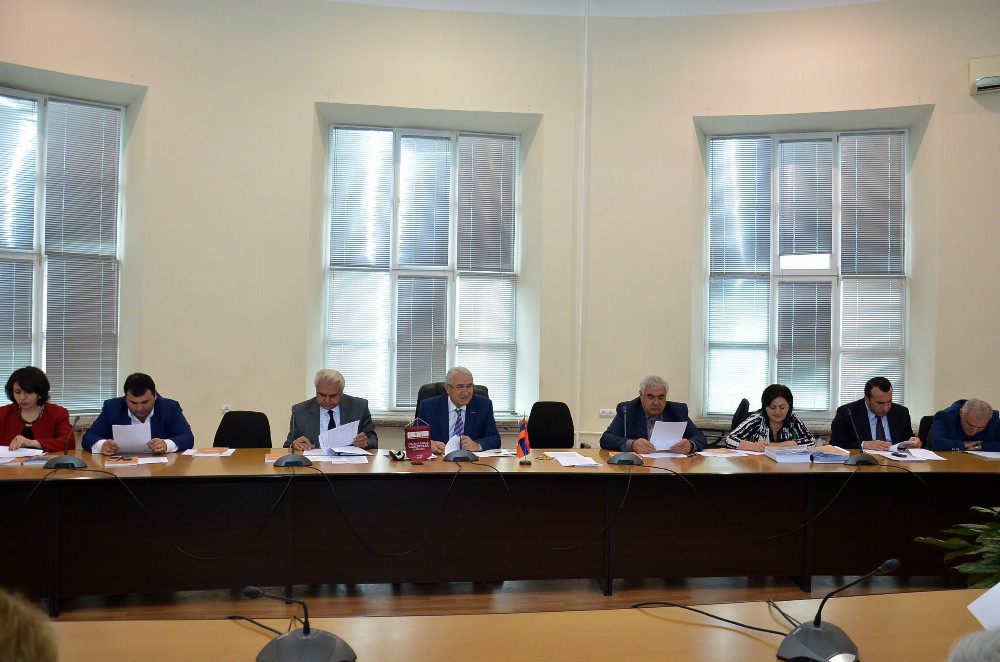 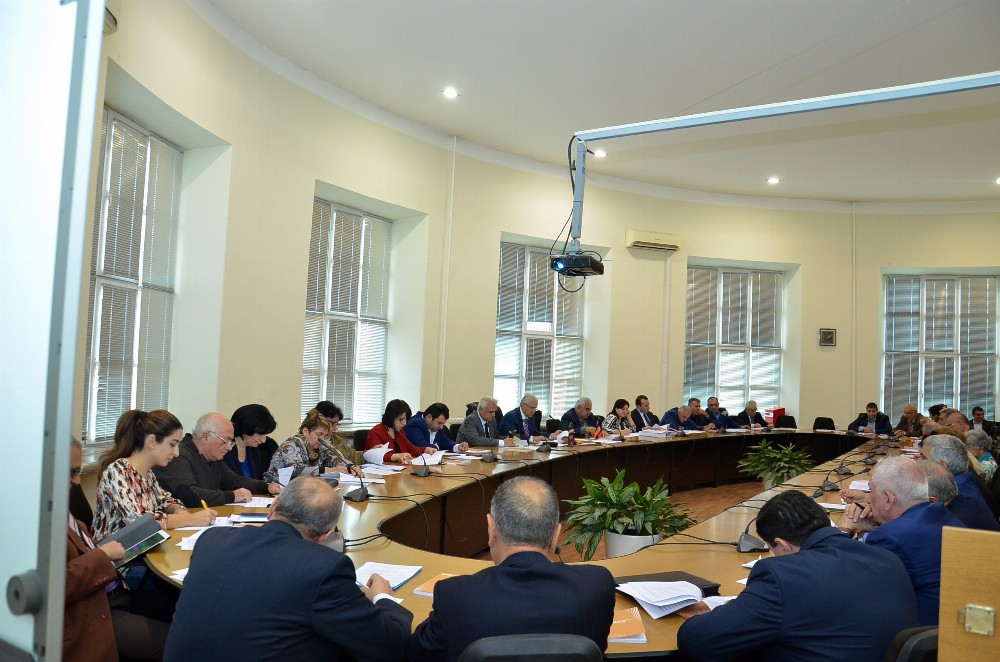 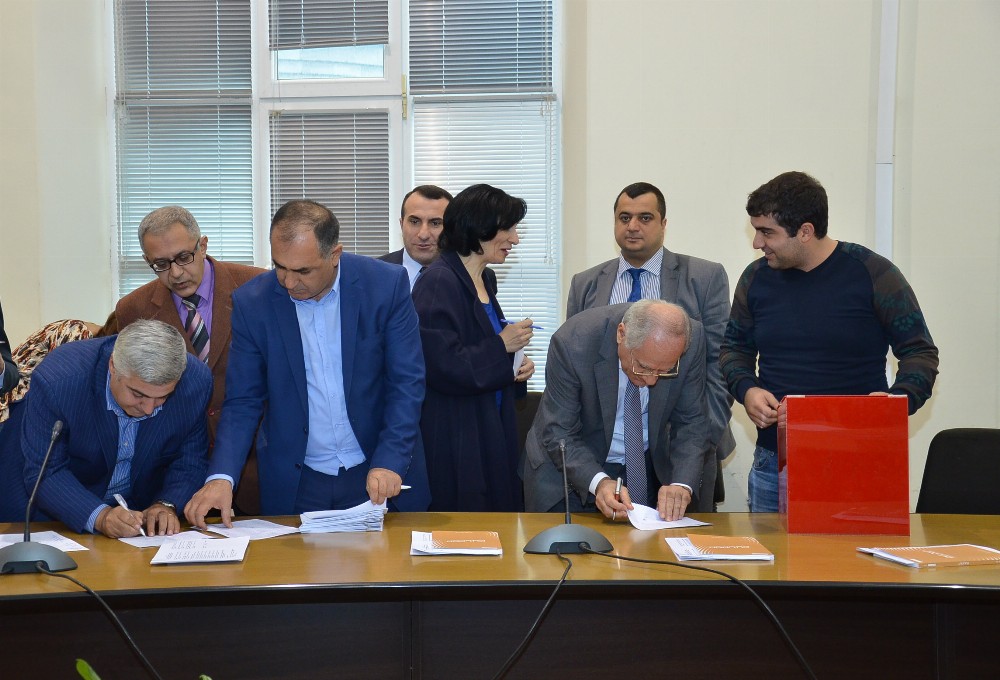 Paruyr Kalantaryan, Vice Rector on Educational-Methodological Matters,  presented two issues of the agenda: the results of exams passed during the 2nd semester of the 2015-2016 academic year, as well as protection of graduate works and Master’s theses. After the report  shortcomings were put out and recommendations were given.  The Scientific Board approved two decrees.

Suren Gevongyan, Chairman of the Competitive Committee, Head of the Chair of Environmental Economics, Doctor, Professor, presented 6 candidates, who had applied for Associate Professor’s scientific title.

Paruyr Kalantaryan presented the issue of ensuring for publication the “Student's guide”, which was also approved.

The Scientific Board approved dissertation topics and scientific directors, as well as ensured for publication Khoren Mkhitaryan’s monograph “Modern Issues in Banking Management”.