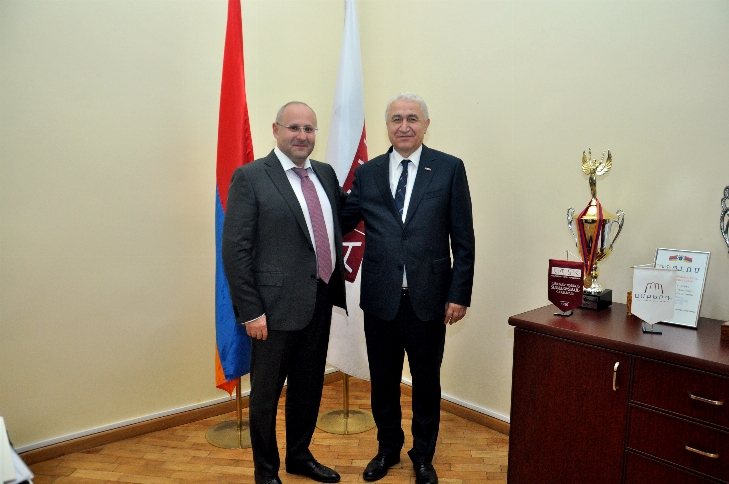 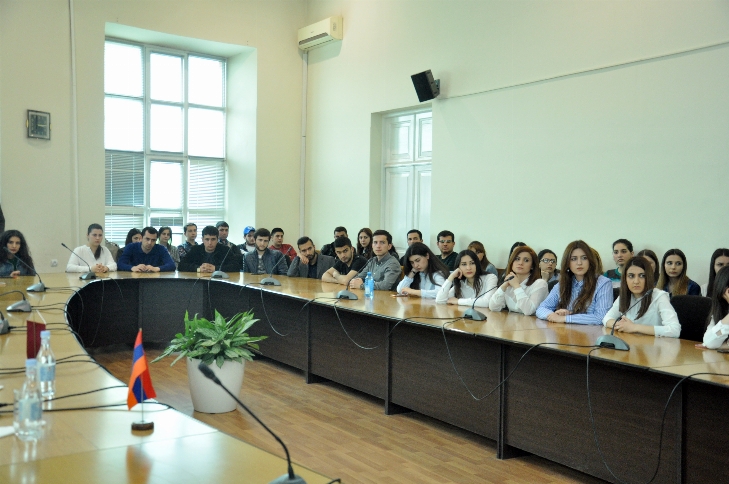 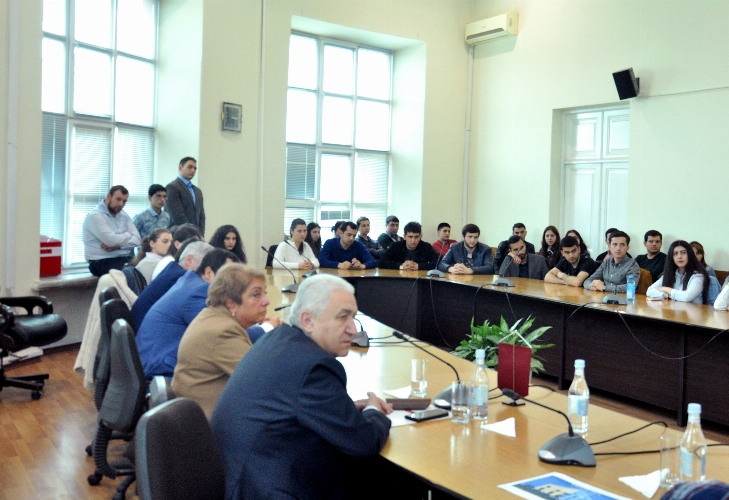 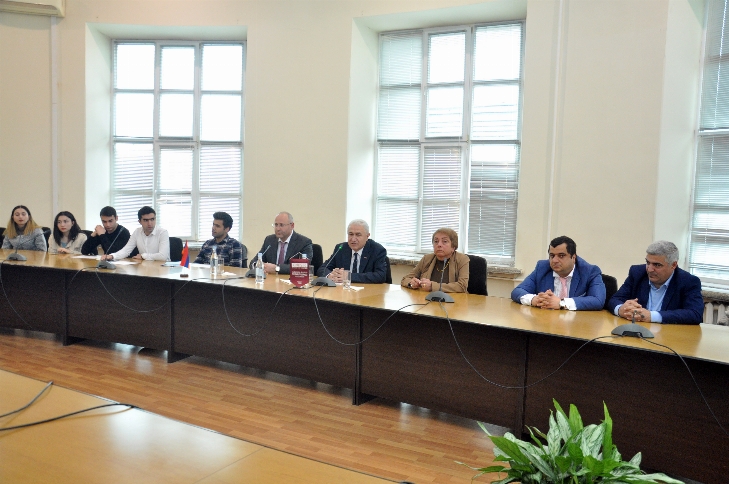 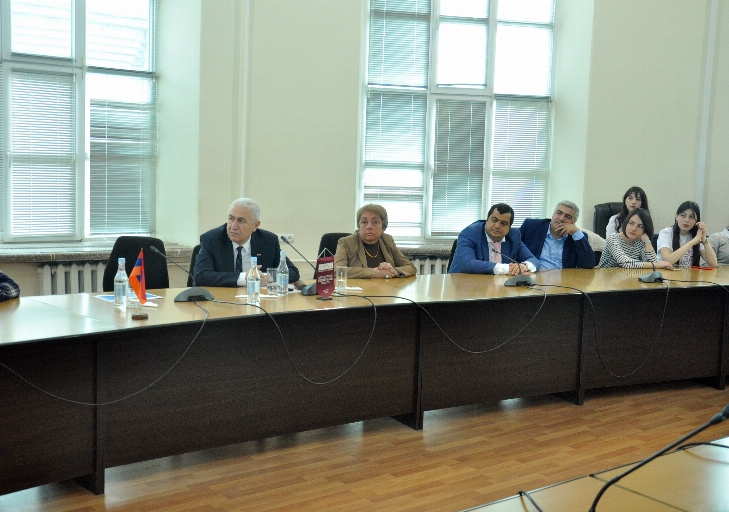 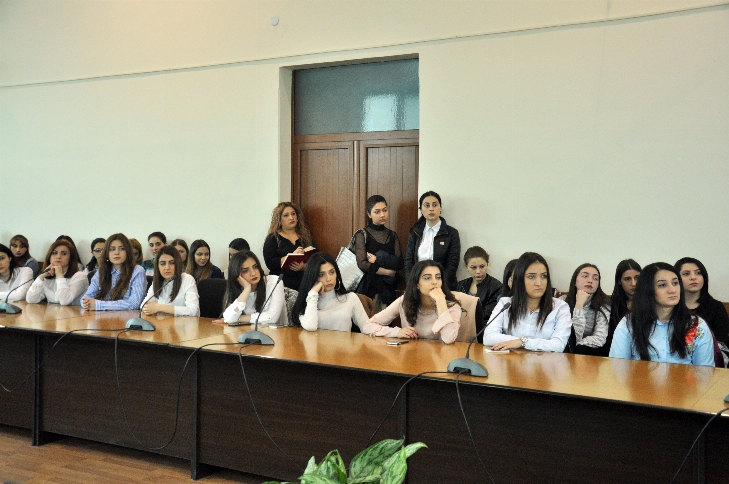 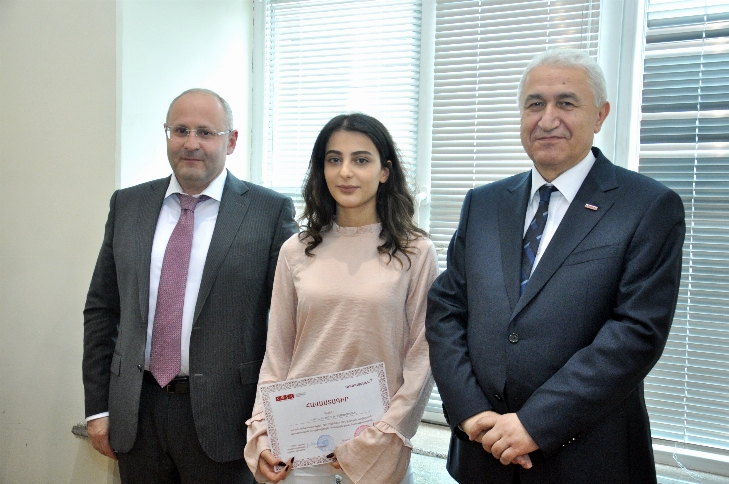 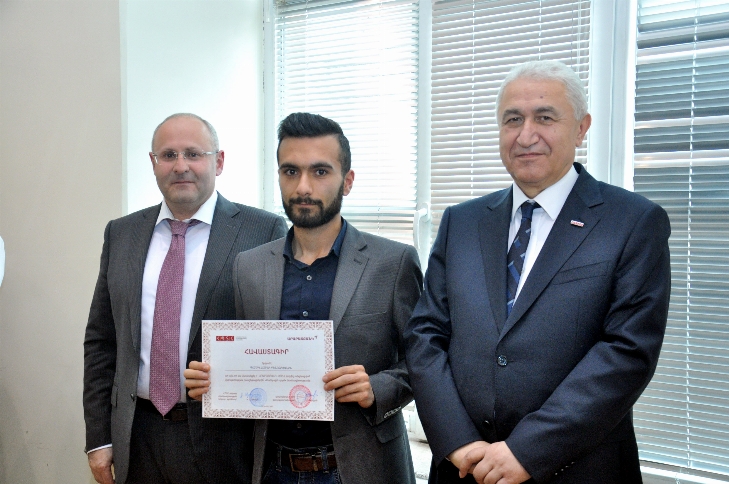 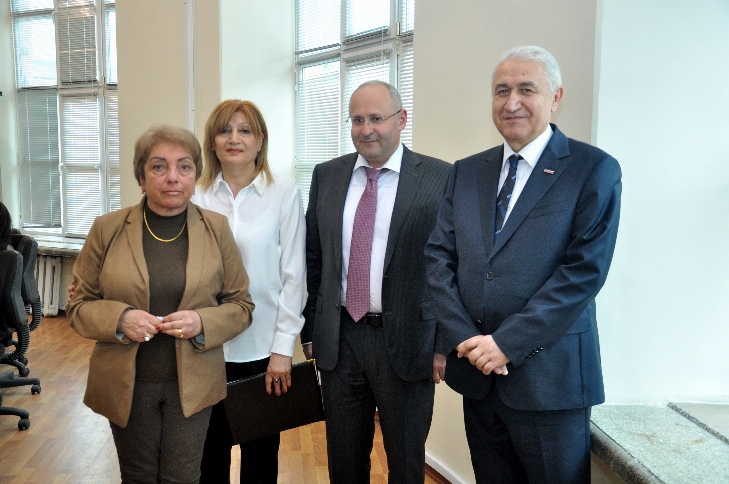 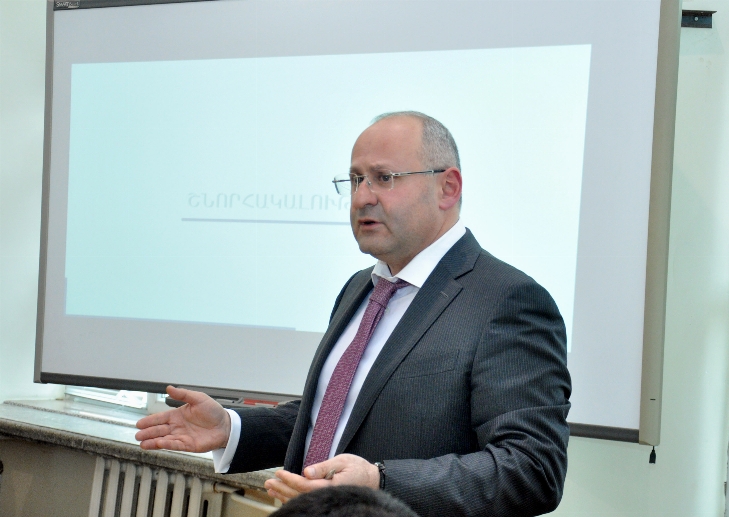 ASUE and AraratBank cooperate for years. The chairman of the executive board of AraratBank Ashot Osipyan was hosted at our university and accompanied by ASUE Rector, Professor Koryun Atoyan had a meeting with our banking speacialty students. The head of the Chair of Banking and Insurance, Doctor of Economics, Professor Anna Aslanyan, deans and students were present at the meeting.
Welcoming Ashot Osipyan, ASUE Rector Koryun Atoyan mentioned that the cooperation of the University with the bank began in 2015. As a result, a number of events have been implemented, the Bank regularly conducts master classes for the University students, who reinforce the students' knowledge.
In his speech, Ashot Osipyan mentioned that the university-employer relations also are of great importance to AraratBank, as well as training of educated personnel. So they had adopted a partnership policy. Then, Ashot Osipyan had lecture on "The Future Bank". He touched upon the factors influencing the commercial banks, օn the example of Great Britain presented the structure of crediting, alternative financing in key markets, expenditure on informational technology, possible directions of development, the process of transformation, explained his approach to crypto-currencies.
At the end of the lecture, the rector Koryun Atoyan and Ashot Osipyan handed certificates to the students who had participated in the training courses. ASUE Rector thanked the guest for an interesting lecture and cooperation with the university, and encouraged the students to learn well, underlining that technological development requires new skills, trainings.
The chairman of the board of AraratBank summarizing his speech, stressed that we live in the world of rapid changes and highlighted the importance of obtaining knowledge, because management of the current changes is possible only by knowledge.
"And finally, as an employer, I will be glad to see you in our bank," said Ashot Osipyan.