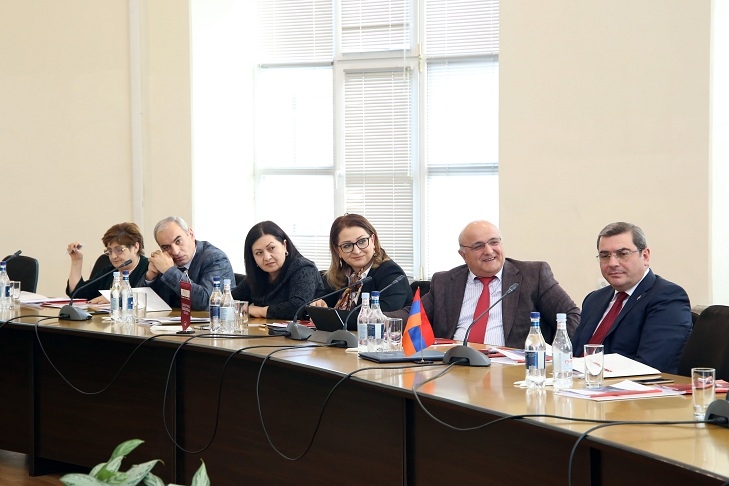 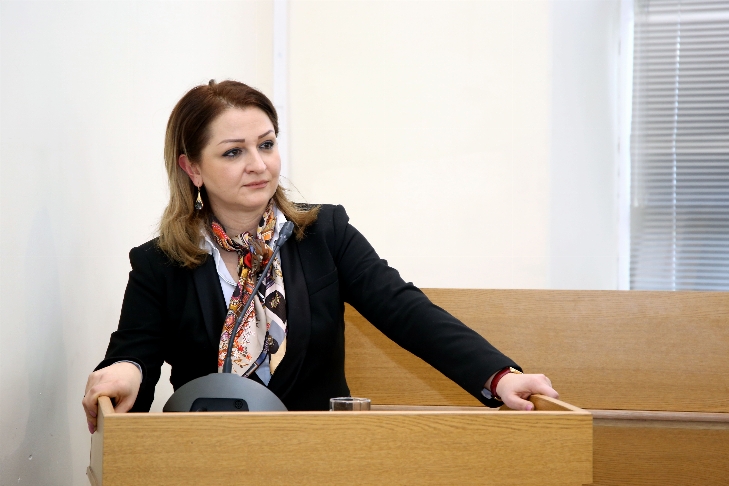 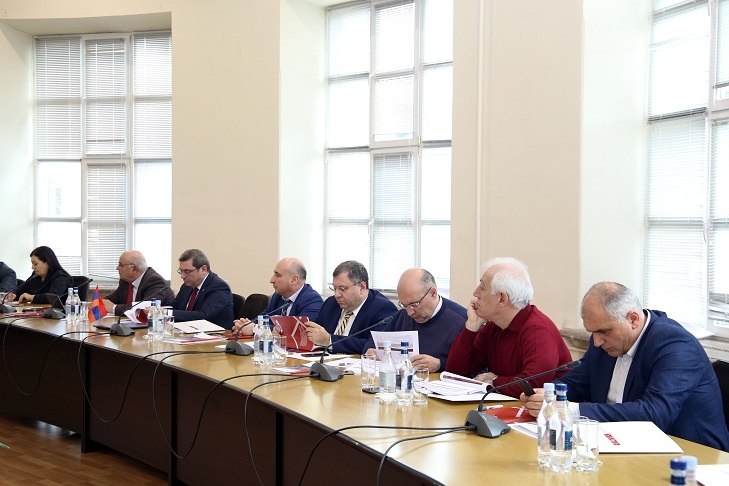 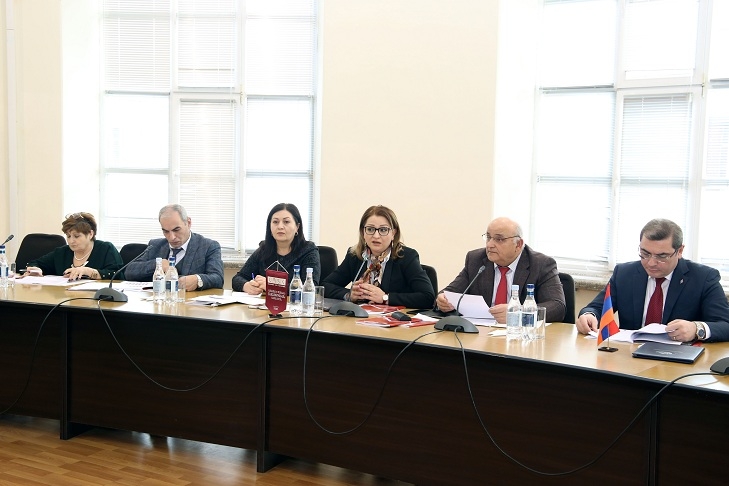 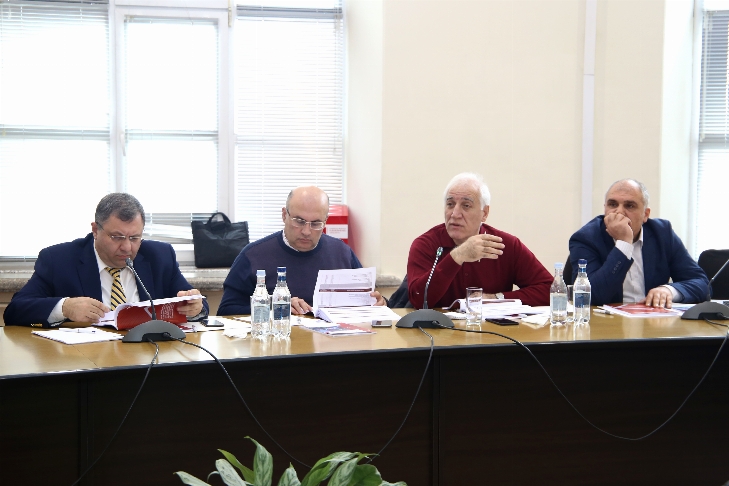 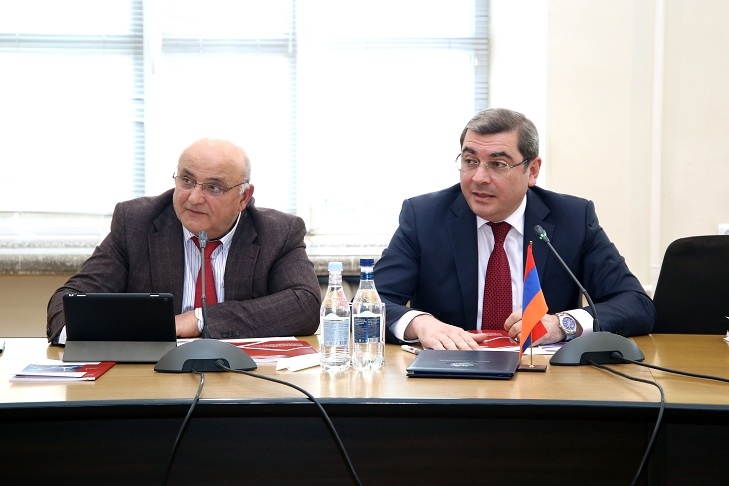 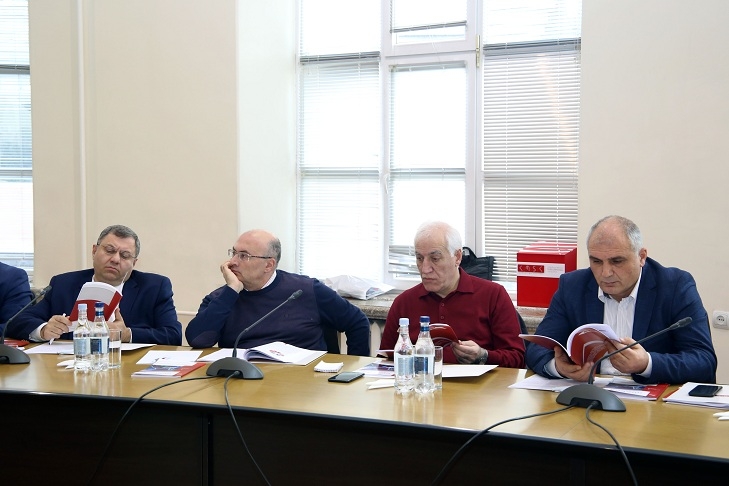 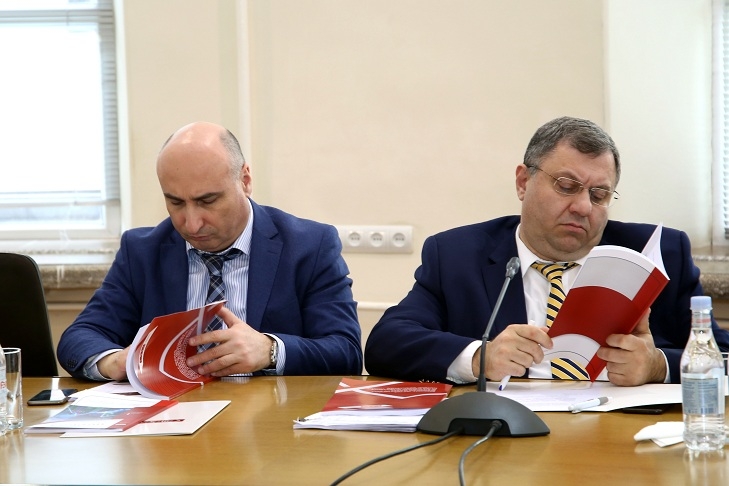 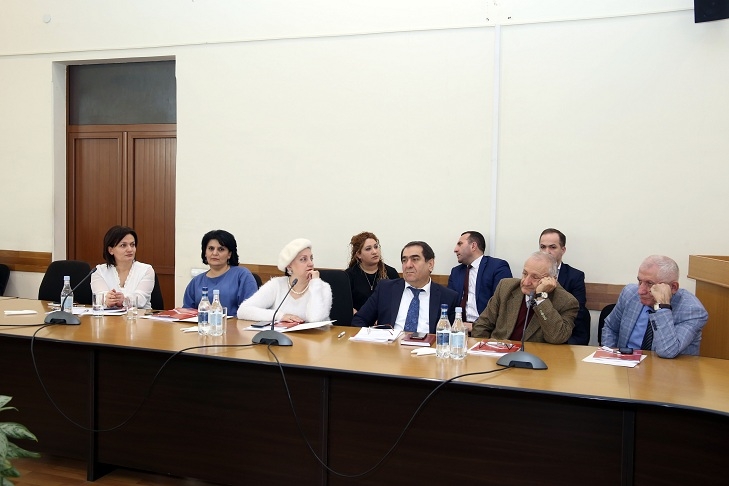 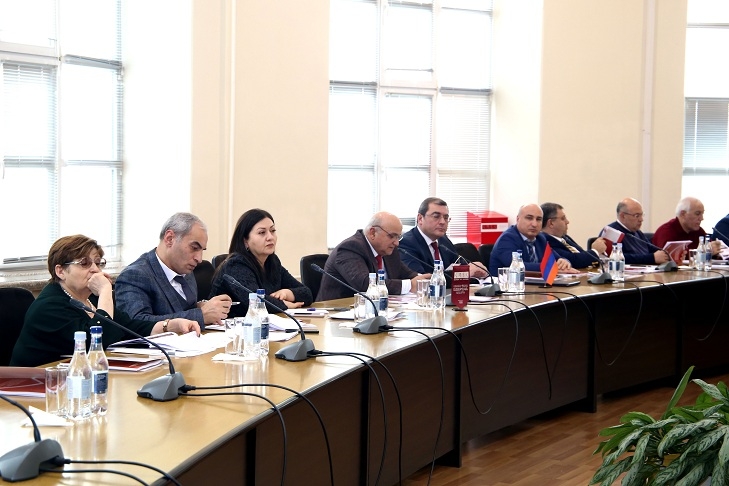 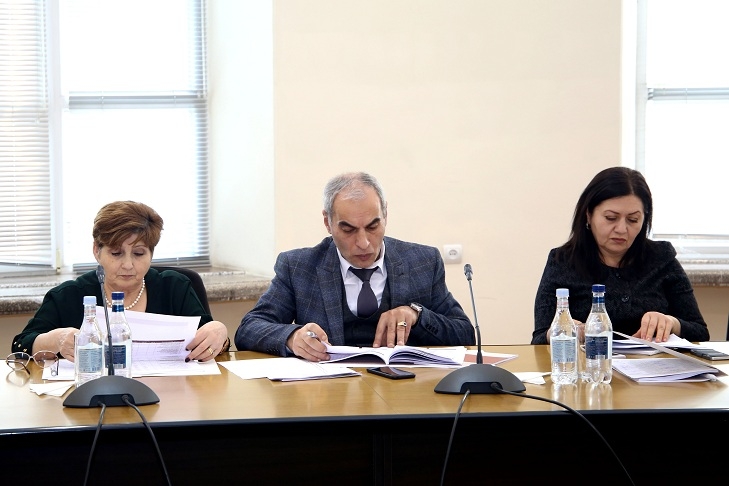 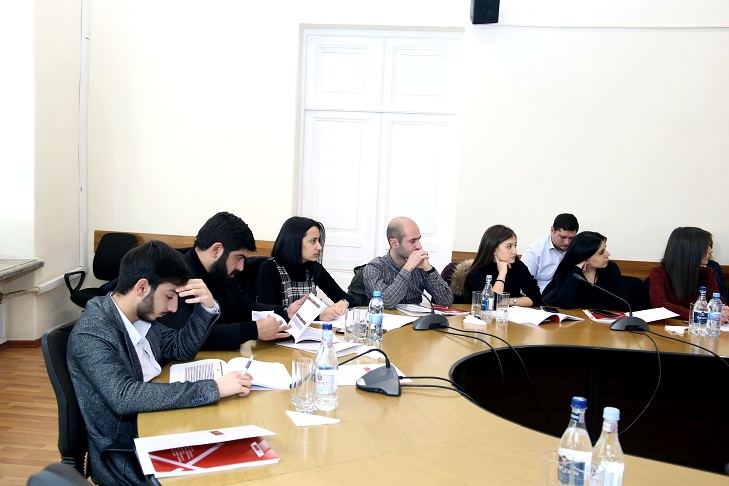 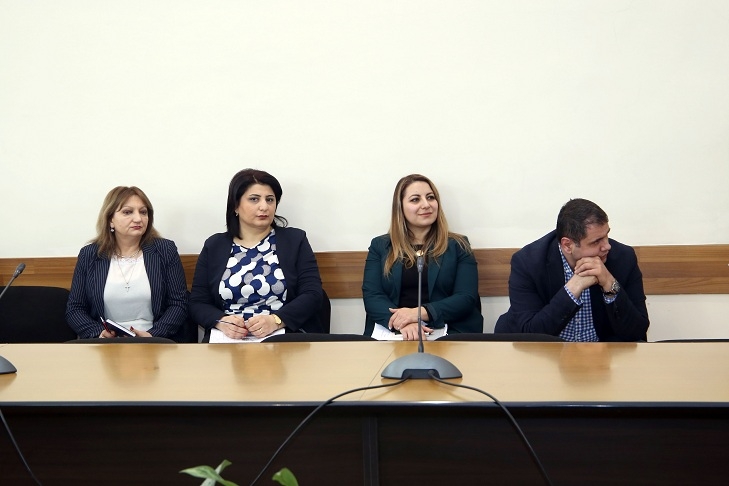 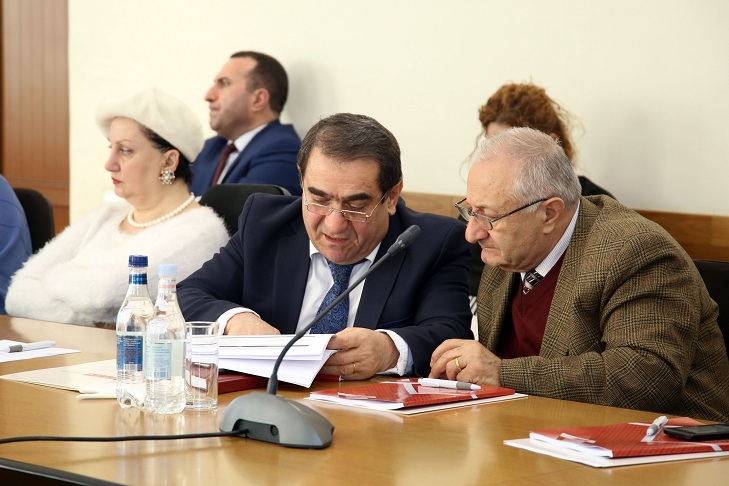 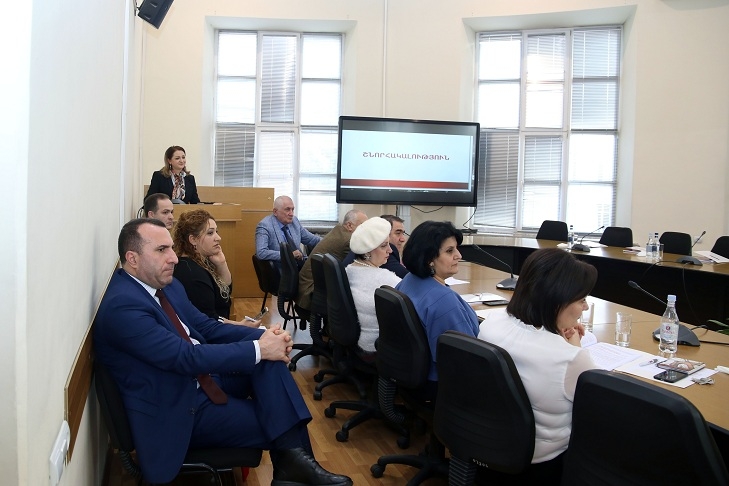 Today, the sitting of ASUE Board was held headed by Vahan Movsisyan, the Chairman, President of Communities Finance Officers Association” NGO, attended by 22 members of the Board.

First, the Board Chairman briefly introduced the work done by the Board in 2019, noting that several sittings of the Board took place, among other issues, the Board has done a lot of work to change the legal status of the University, then gave the floor to ASUE acting Rector Diana Galoyan to submit information to the Board members on this issue.

Diana Galoyan detailed that after the previous Board sitting the Charter on the restructuring the University into a Foundation was submitted to the RA Ministry of Education, Science, Culture and Sport, the document was circulated to the relevant departments, there were suggestions and observations on which ASUE made changes in the document and then submitted it to the Ministry again.

Then ASUE acting Rector reported the agenda issue – “The Results of Academic and Financial-Economic Activities in 2019 and the Main Indexes of Budget Project in 2020 at Armenian State University of Economics”.

First, Diana Galoyan stated that she had tried to go beyond the standard format of reports and present the outcomes of ASUE activities not according to directions, but according to objectives of the development strategy and action plan for 2018-2022. The report is available at ASUE official website under “Reports” heading.

Vahan Movsisyan summed up the sitting expressing gratitude to the Board members for their hard work, stressing that all the efforts are aimed at raising the reputation of the University.