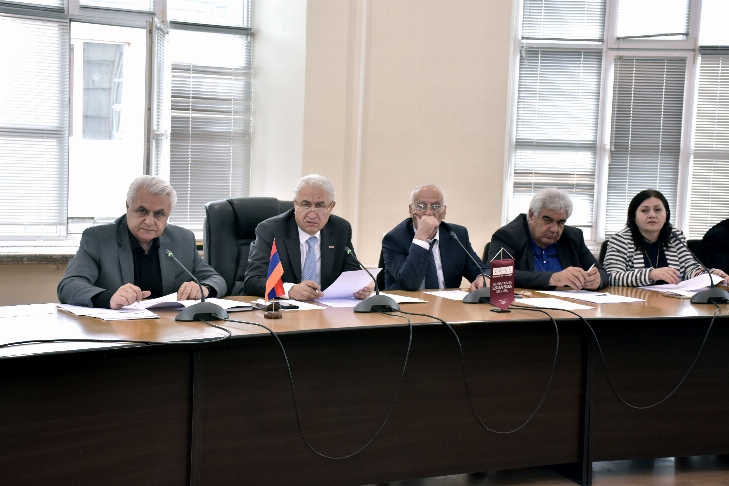 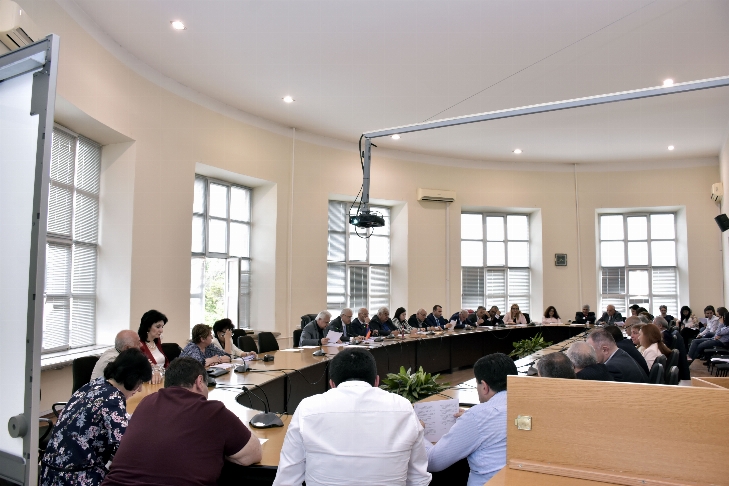 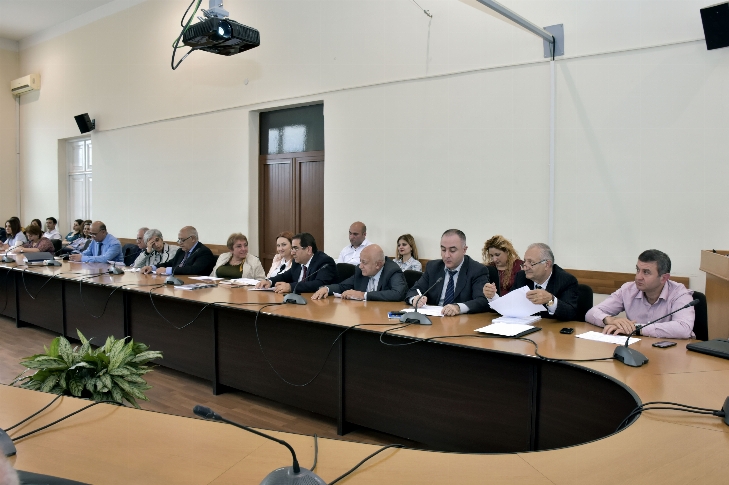 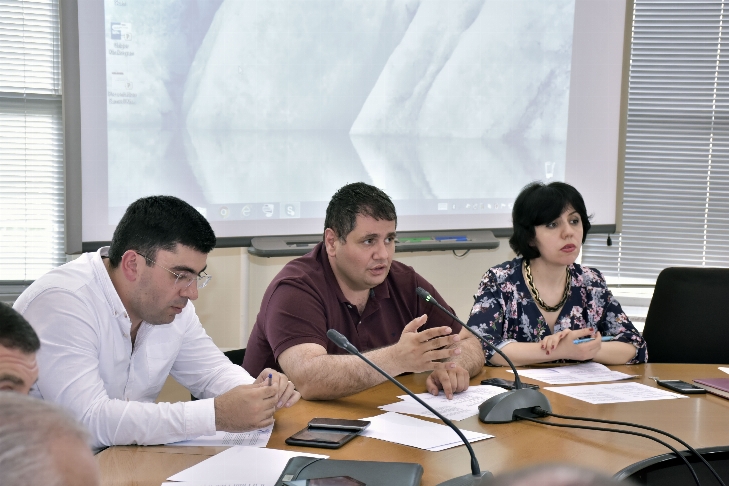 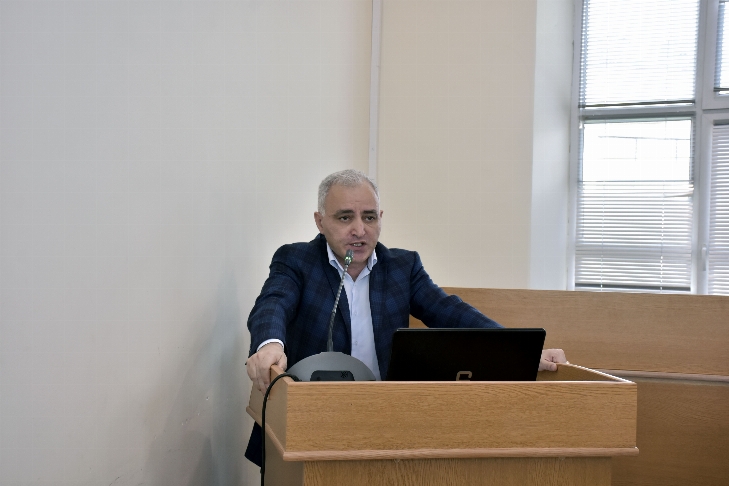 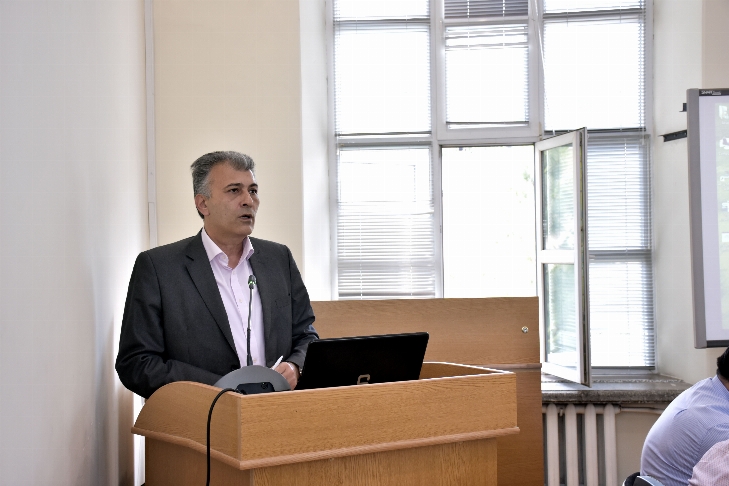 Regular session of ASUE Scientific Board headed by Koryun Atoyan ASUE Rector, Professor, Scientific Board Chairman was held at Conference Hall.
Paruir Kalantaryan, Vice Rector on Educational-Methodological Matters reported on the formation of final attestation committees, noting that 28 committees were formed to carry out the final attestation process, 4 of them at ASUE Gyumri and Yeghegnadzor branches. The process, according to the vice-rector, proceeds according to the established order, there are no extraordinary cases.
Then heads of ASUE two Scientific-educational laboratories Monetary Policy and Economic Growth SEL (head, Doctor of Economics, Professor Ashot Matevosyan) and Financial Inclusion SEL (head, Doctor of Economics, Associate Professor Sergey Suqiasyan) presented reports on their current activity. ASUE Rector Koryun Atoyan mentioned that the University SELs of the world were successful in their scientific researches and involving financial resources. So SELs have been created with great expectations that professional researchers and experts would be formed at ASUE. Koryun Atoyan urged to attract young people.
Paruyr Kalantaryan reported on the process of developing educational programs. As a result Bachelor's degree program for "Service" specialty was voted and confirmed.
Vice-Rector of Science and International Relations Gagik Vardanyan reported on some issues connected with the dissertation topics and scientific leaders, which were confirmed. Scientific Board approved the publication of a number of teaching aids and collection of conference materials.