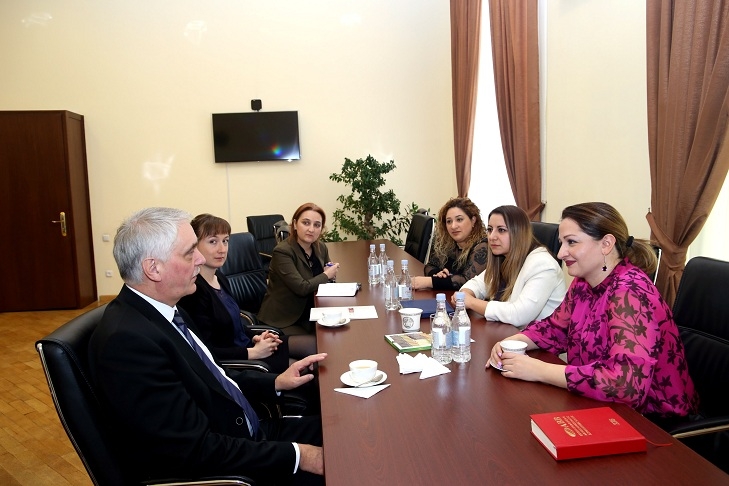 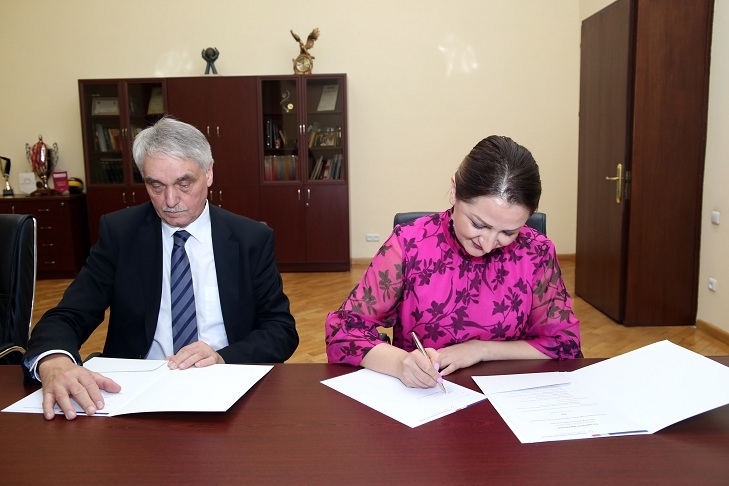 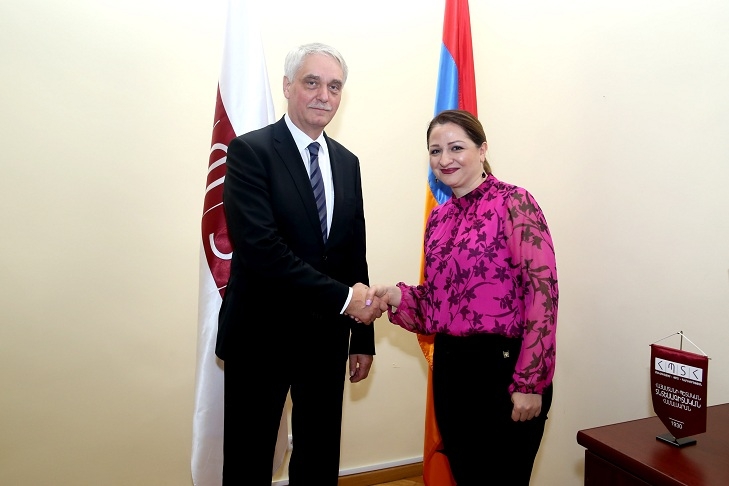 It’s already several years that Armenian State University of Economics and University of Applied Sciences Zwickau (Germany) successfully cooperate. The delegation of the mentioned University was hosted at ASUE and suggested our University to join the University Consortium aimed at applying for funding offered by the German Academic Exchange Service to develop a joint Master's degree program issuing graduate certificate (diploma).

Today, Christian Andreas Schuman, Professor of Business Informatics at the University of Applied Sciences Zwickau, met Diana Galoyan, ASUE acting Rector, to propose joining this Consortium. The meeting is attended by Lusine Danielyan, Director of ASUE Foreign Relations Division, Vard Ghukasyan, Head of International Relations Division. Professor Christian Schumann is accompanied by Anna-Maria Claus, researcher of the same University. The Professor introduced the memorandum, signed by the Rector of University of Applied Sciences Zwickau as a result of negotiations with ASUE, and Diana Galoyan also signed the latter.

After the meeting Vard Ghukasyan told asue.am the details of the meeting, stating that the signing of this memorandum implied that ASUE would be part of the funding application and after its approval by six partner universities a joint educational program would be developed enabling students to study at one of the partner universities for the second year of the study.

The program is planned to be implemented jointly with the Chair of Economic Computer Science and Information Systems. Within the frames of the program the delegation met Sos Khachikyan, Dean of the Faculty of Computer Science and Vardan Sargsyan, Head of the above mentioned Chair, the program package submission procedures and the ways of implementation after financing have been discussed in detail.

Let’s recall, that ASUE implements exchange programs with the above mentioned University within the frames of “Erasmus +” program for the second year. The cooperation memorandum was signed in December, 2017. See the publication.