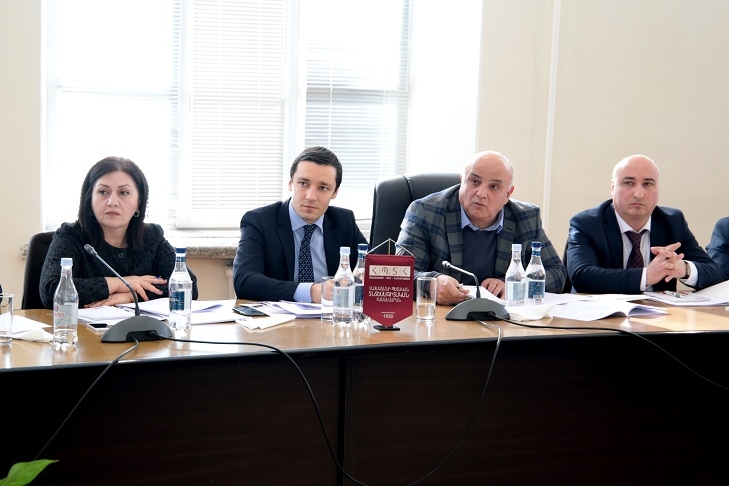 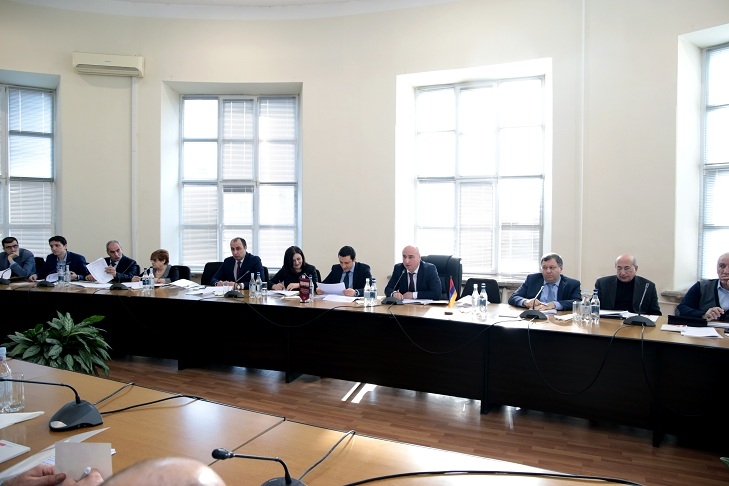 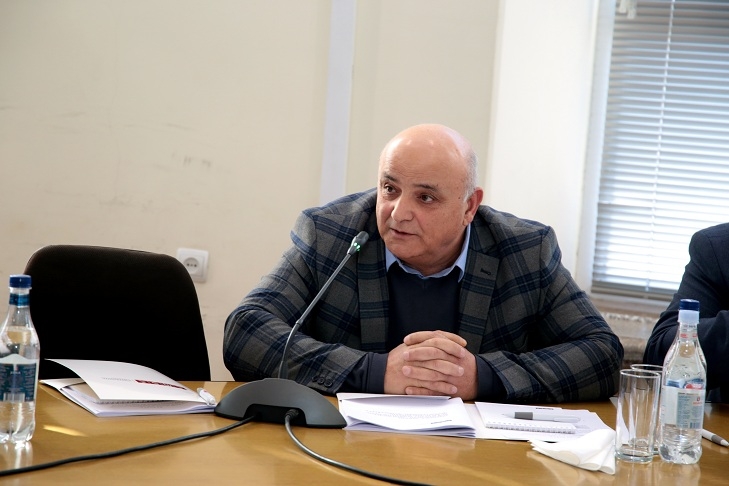 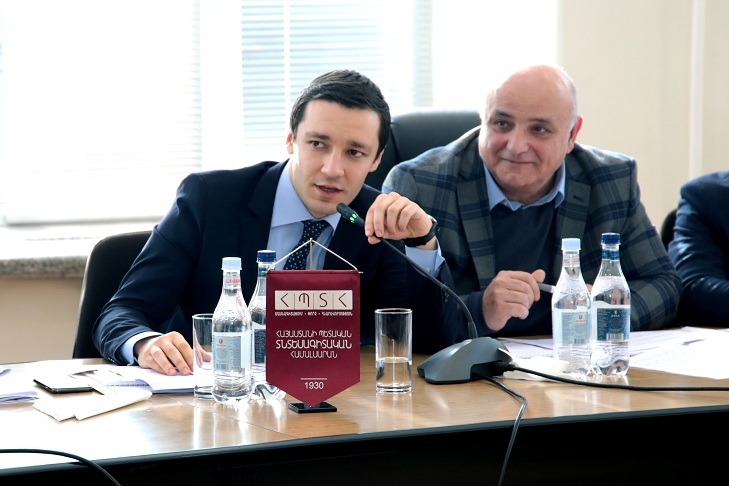 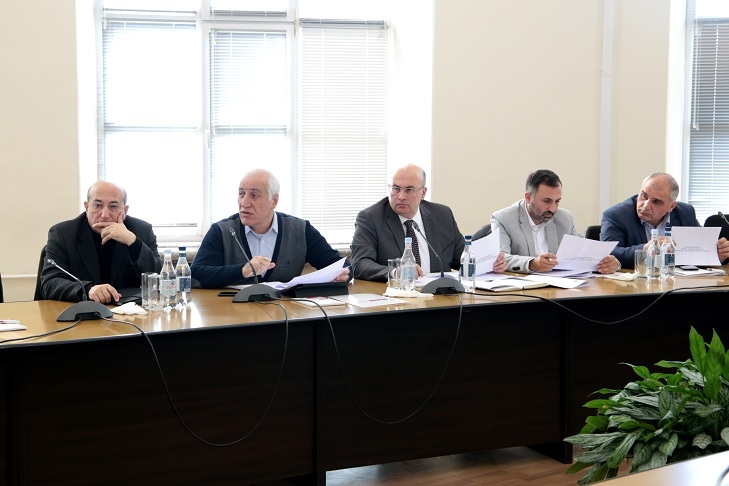 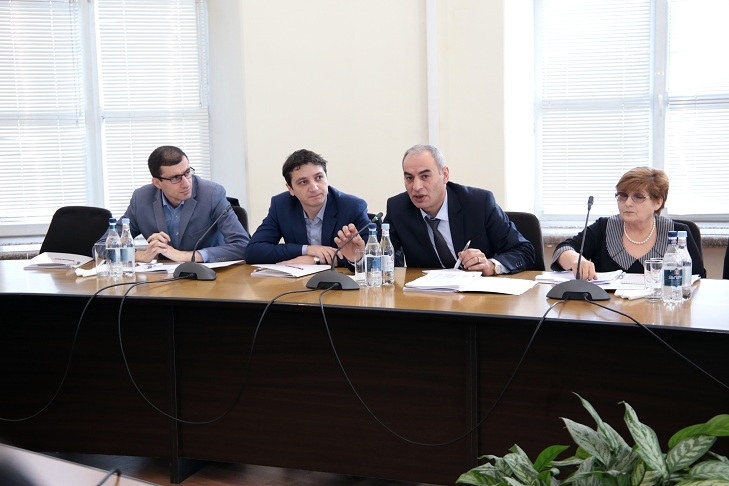 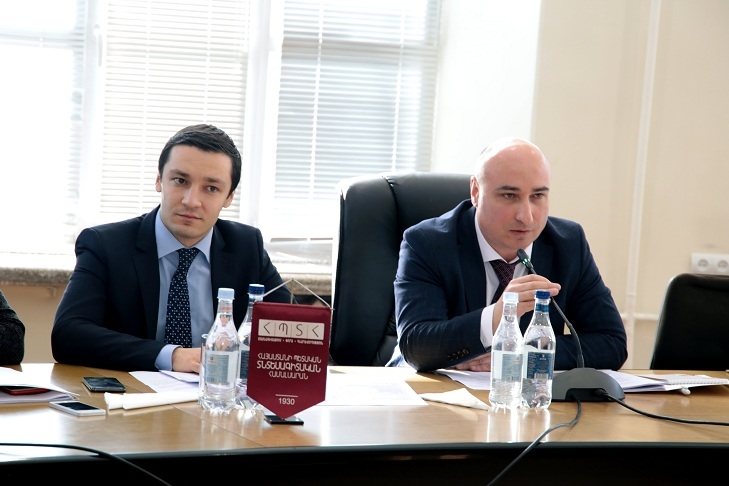 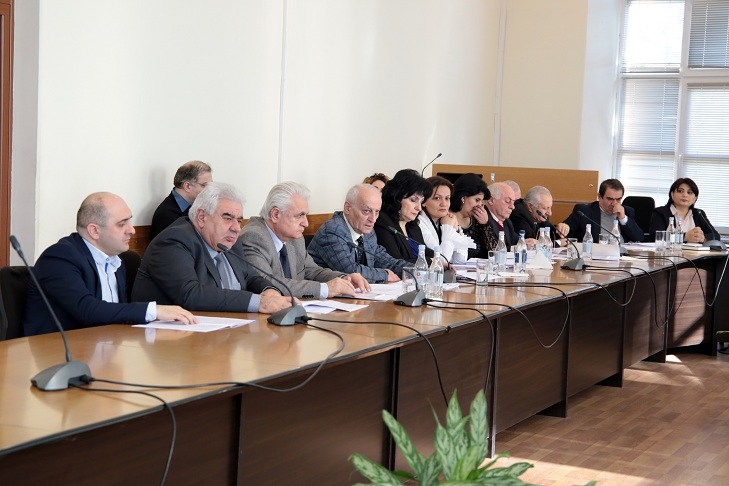 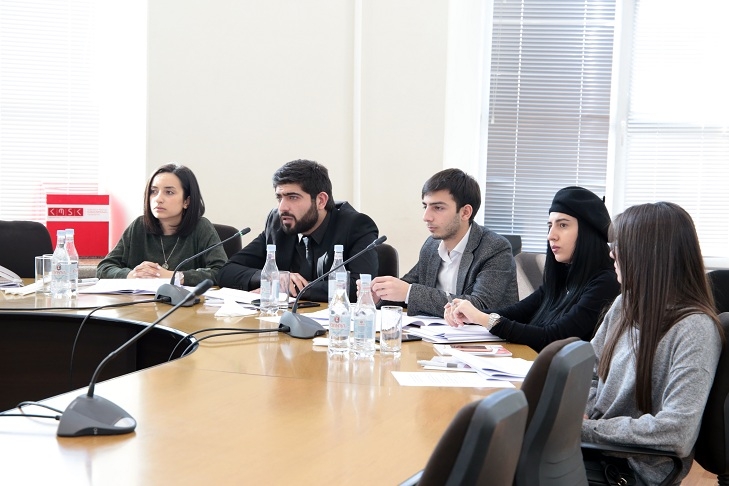 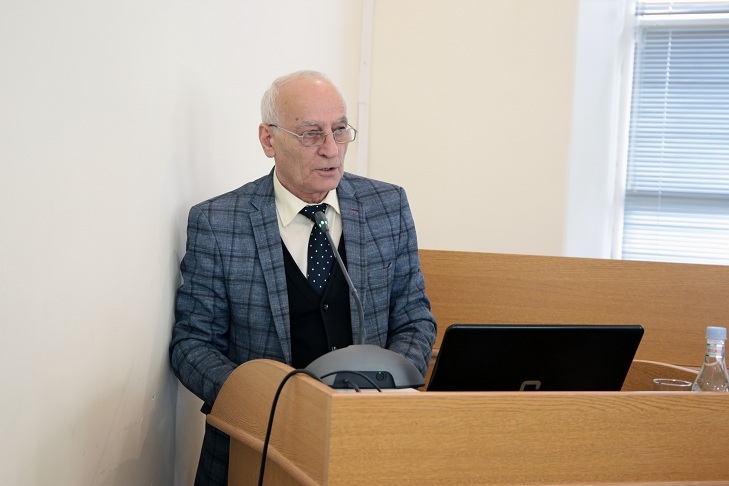 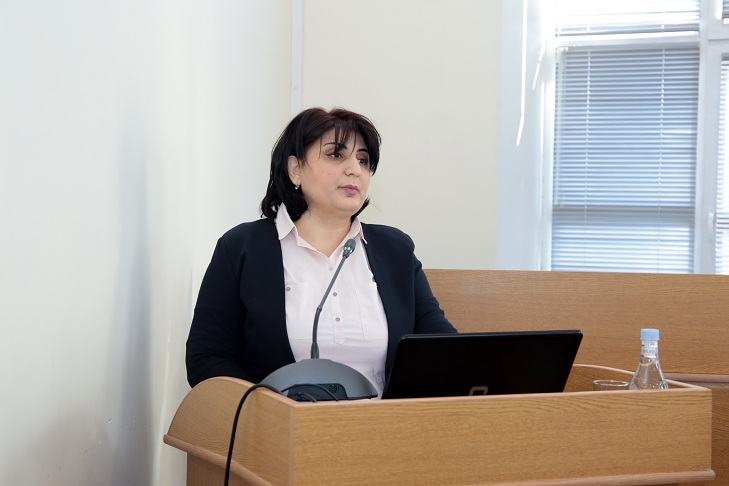 Today, ASUE Board session was held attended by 25 members from the 32 ones. Nairi Harutyunyan, Secretary General of the Ministry of Education and Science of the Republic of Armenia, opened the session noting that before the election of the Board Chairman, the session is traditionally reserved to the Ministry of Education and Science.
The Secretary General of the MES proposed to get acquainted with one another, as the members are new and then presented the first issue included in the agenda - the election of ASUE Board Chairman.
Vahan Movsisyan, Board member, President of “Communities Finance Officers Association” NGO, was nominated as candidate of ASUE Board Chairman.
Expressing gratitude for the trust, Vahan Movsisyan noted that he has been heading the “Communities Finance Officers Association” NGO for 22 years, which has a serious role in the public administration sector in Armenia and has conducted numerous and various activities including legislative, methodological developments and also has a great experience of work with the youth, including ASUE alumni.
Vahan Movsisyan also mentioned that he also had a teaching experience, especially in short-term training, he held course on "Public Administration" in the Management Academy in the last year. "Regarding my election as the Board Chairman, it’s for conducting the Board activity and does not include more powers than the other members and I am ready for joint work. At the same time we are ready to help the Rector to make our favorite educational institution to become the one which will be presented in the submitted development plan”; Vahan Movsisyan said.
The Board Chairman suggested to approve the session agenda. Naira Darbinyan was nominated as the candidate of ASUE Scientific Secretary. Ruben Hayrapetyan, acting Rector, Doctor of Sciences, Professor, noted that the next issue “The outcomes of ASUE academic and financial-economic activities in 2018 and the main indexes of the 2019 draft budget” will be reported by Paruir Kalantaryan, Vice Rector of Educational-Methodological Matters and Emma Adamyan, Accountant General.
After their reports, Ruben Hayrapetyan touched upon ASUE 2019 budget: first, emphasizing that it has been formed during the change period of the University administration, then adding that short-term situational changes have been made in the budget related to the processes provided by the University Development Program.
The acting Rector noted that the University Development Program was already being developed, which outlined the development priorities, and added the Board members support was needed for implementation of the planned projects.
Summing up the discussions, acting Rector Ruben Hayrapetyan noted that everyone was well aware of the problems of the University and the education field, but it’s important to conduct joint discussions and submit realistic proposals to solve the existing problems.
Then the Board approved ASUE educational-methodological, scientific-research and financial-economic activity in 2018, evaluated the budget implementation outcomes covering the 01.12.2017-30.11.2018 period and confirmed the University's 2019 budget.
Vahan Movsisyan applying the students, noted all the steps taken were aimed at making better future for students and Armenia and then called to actively cooperate with the Board, to make suggestions and initiatives.