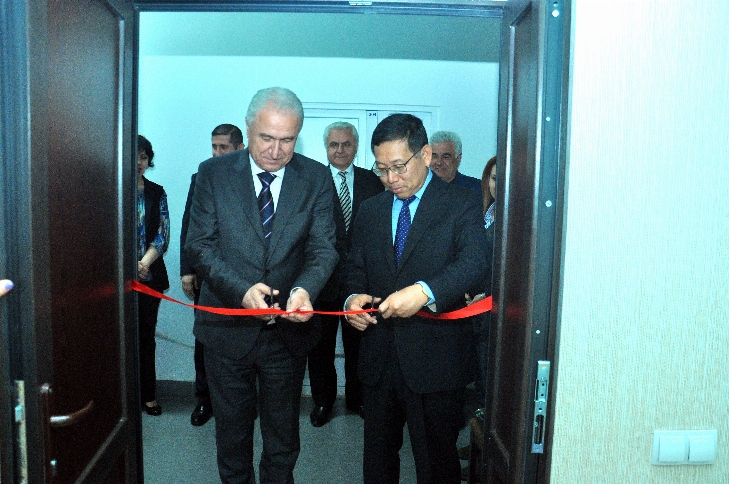 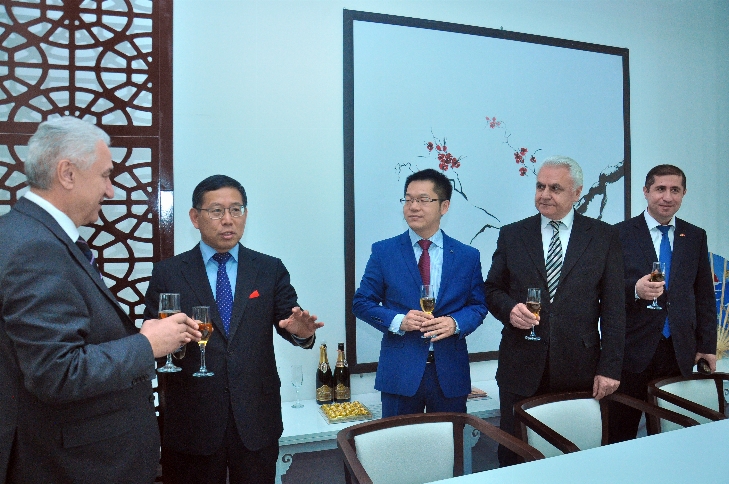 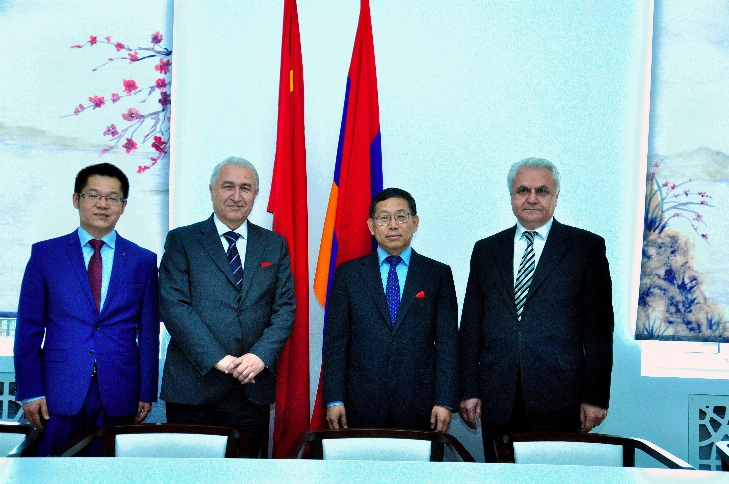 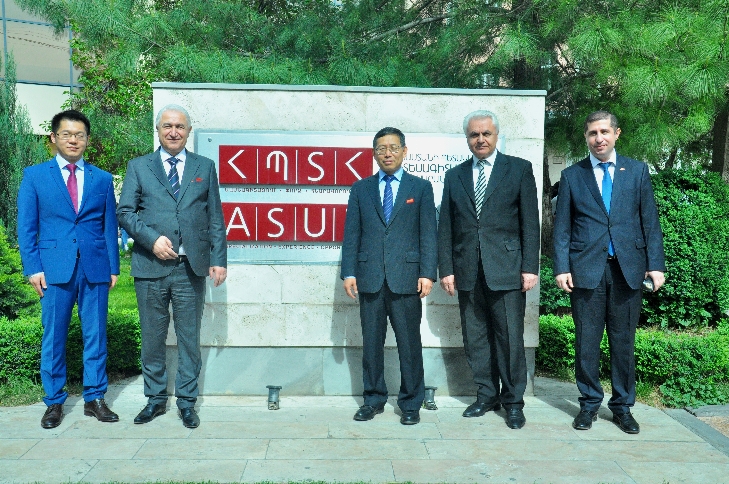 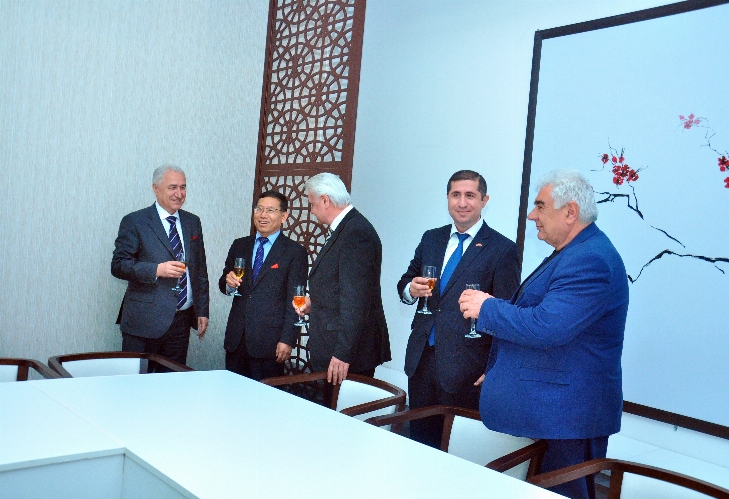 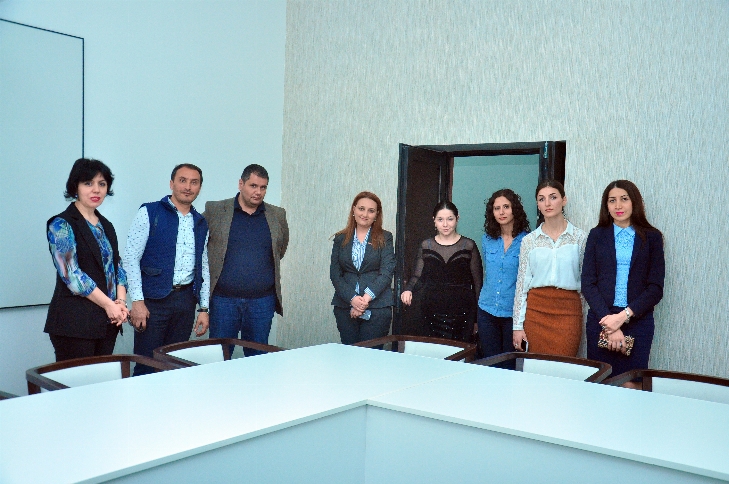 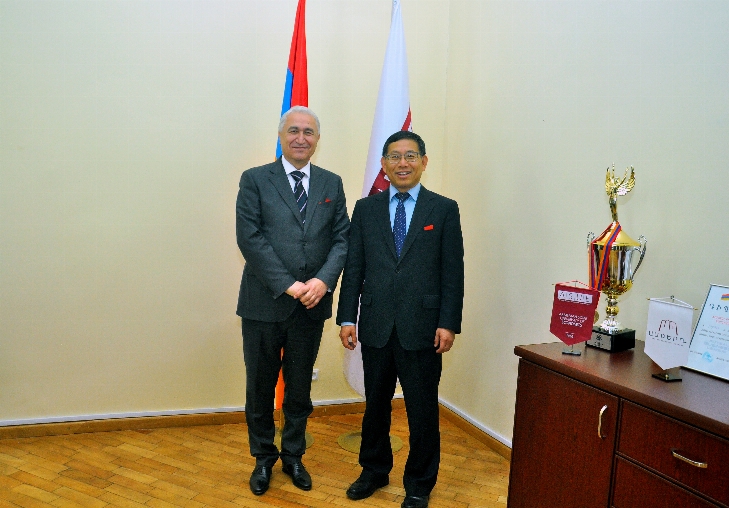 A China auditorium opened at Armenian State University of Economics (ASUE) with the participation of ASUE Rector, Professor Koryun Atoyan and Ambassador Extraordinary and Plenipotentiary of the People’s Republic of China to the Republic of Armenia H.E. Mr. Tian Erlong.
Vice-rectors Gagik Vardanyan and Mikhail Karapetyan, the Dean of Marketing and Business Organization Department Tatul Mkrtchyan, Director of AMBERD Research Center Armen Grigoryan, Vice-Chairman of the Board of Experts of the AMBERD Research Center Vardan Atoyan, heads of divisions and staff representatives were present at the event. The Embassy’s Counsellor Mr. Zhou Hongyou and the Embassy’s Attaché Mr. Zuo Xiang accompanied the Ambassador.
After the official opening of the auditorium, the guests toured the auditorium and photographed under the flags of the two countries.
Ambassador Tian Erlong expressed his admiration for the done work, noting that the creation of the auditorium was done in the best way and it expressed Chinese culture, conveyed their national identity and presented the appropriate mood. The Ambassador hoped that the cooperation with ASUE would be continuous.
Rector Koryun Atoyan thanked the Ambassador for supporting the creation of the auditorium and added that our University would be happy for further cooperation.
Vice-Rector Gagik Vardanyan presented the academic activity at our University and pointed out the organization of joint research and summer schools with Chinese counterparts. Then the guests visited the recently opened Geo-information systems laboratory, after which a meeting took place in Rector's office.
It should be noted that the opening of the China auditorium at ASUE, as well as the bilateral cooperation of ASUE with Chinese partner institutions is the initiative of Vardan Atoyan, the Vice-Chairman of the Board of Experts of the AMBERD Research Center, the Associate Professor of Political Science of ASUE, who is also a Special Expert and Visiting Professor at the Central Asia Institute of Shaanxi Normal University. Particularly, in 2016, a cooperation memorandum was signed with Shaanxi Normal University. AMBERD Research Center in its turn signed a cooperation agreement with Central Asia Institute of Shaanxi Normal University in 2017.