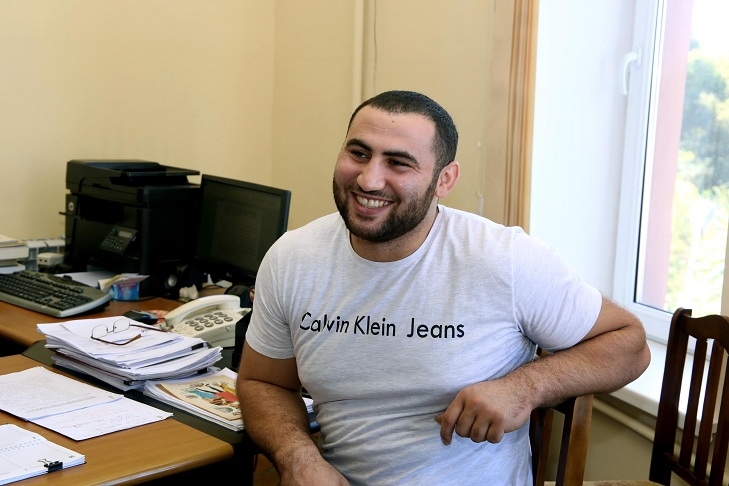 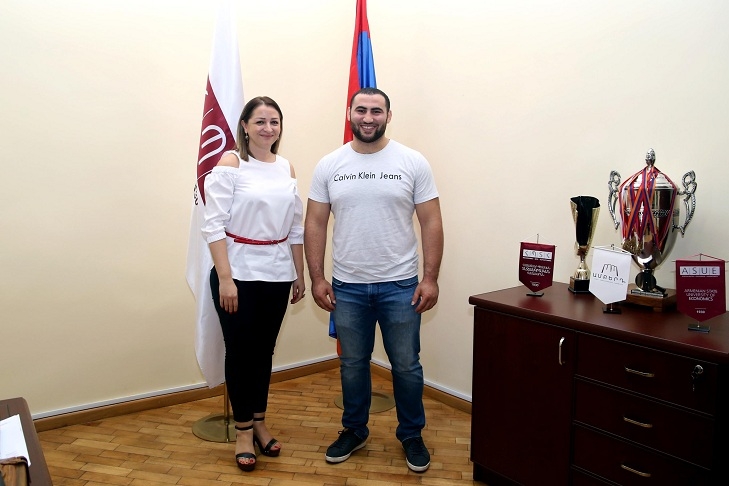 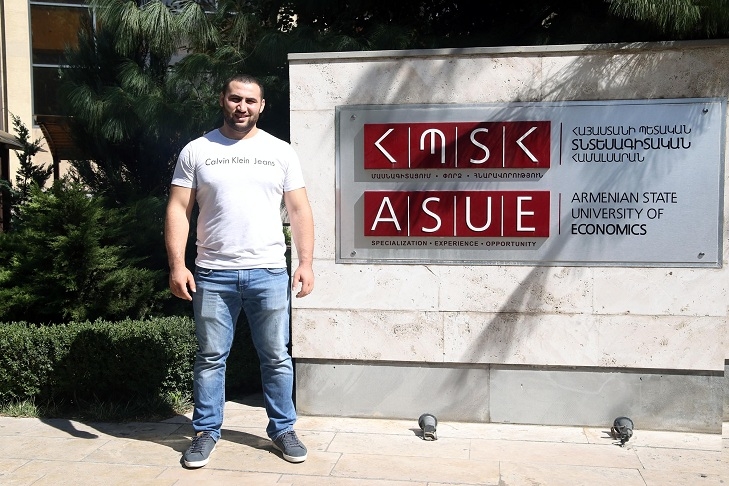 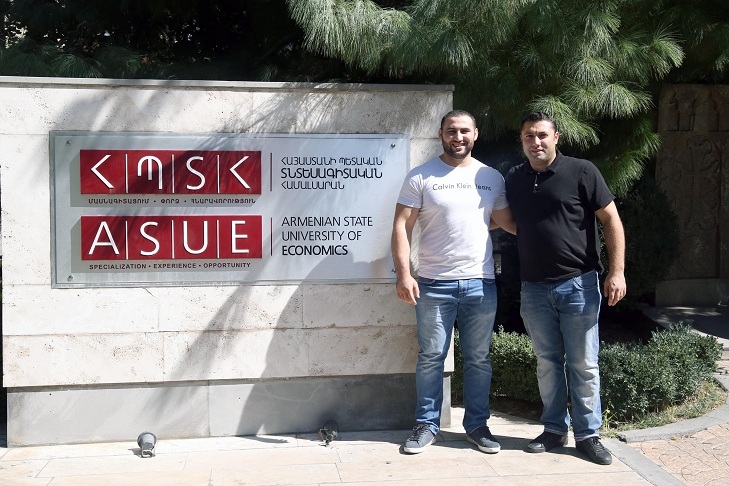 The 1st year Master’s degree students of public finance specialty will be pleasantly surprised in November, as Simon Martirosyan, double world champion will study with them. Today, the list of admitted students has been published, among them Simon Martirosyan.

Today, ASUE acting Rector Diana Galoyan hosted the Champion and Hovhannes Gabrielyan, the acting Head of the Chair of Physical Training, Emergency Situations and Civil Defense at ASUE, congratulated and welcomed the Champion.

The University Head emphasized that the sports life at ASUE is quite active and expressed hope that Simon Martirosyan will give a new breath to it.

While being interviewed Simon Martirosyan told Media and Public Relations Division that Economics is a required profession, so he decided to pursue a Master’s Degree in Economics at ASUE. He graduated from the Armenian State Institute of Physical Culture and Sport. The professional athlete is interested in business and is confident that education of economics will help him.

P.S. Simon Martirosyan came in first in the 109kg weight class at the 2019 IWF World Championships in Thailand by setting a new world record and became double world champion.

Congratulations to Simon on becoming an ASUE student. We are sure that in the next 2.5 years we will have many opportunities to record his victories.