TEDxASUE Benchmark is Set, it's Time to Exceed it (photos) 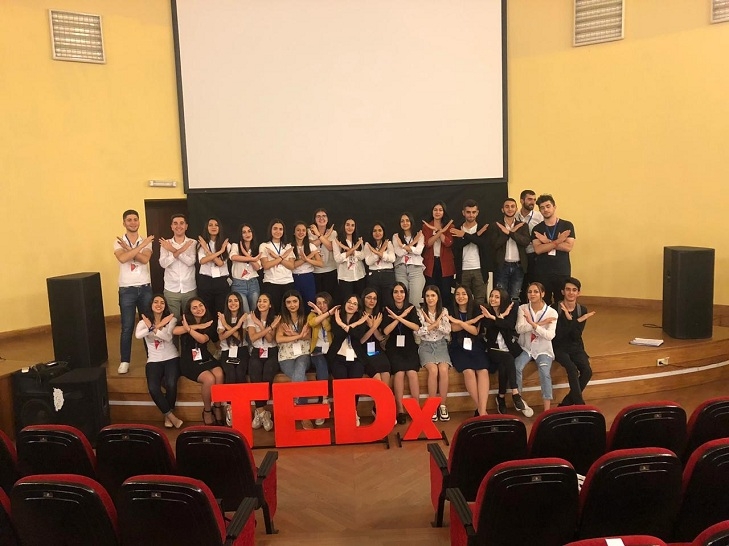 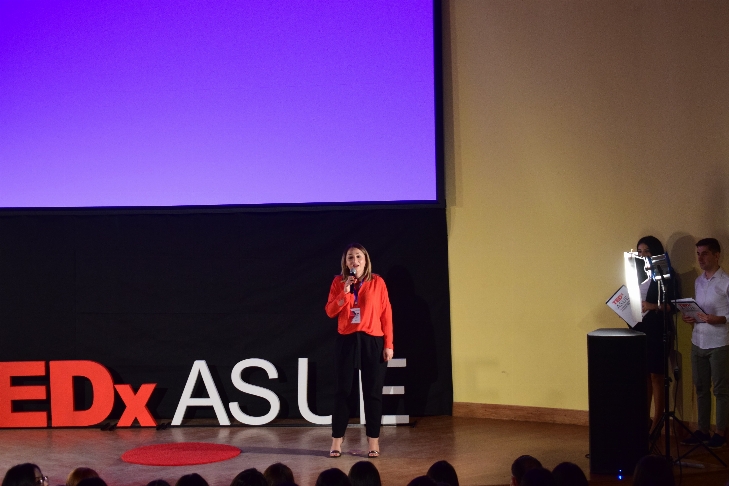 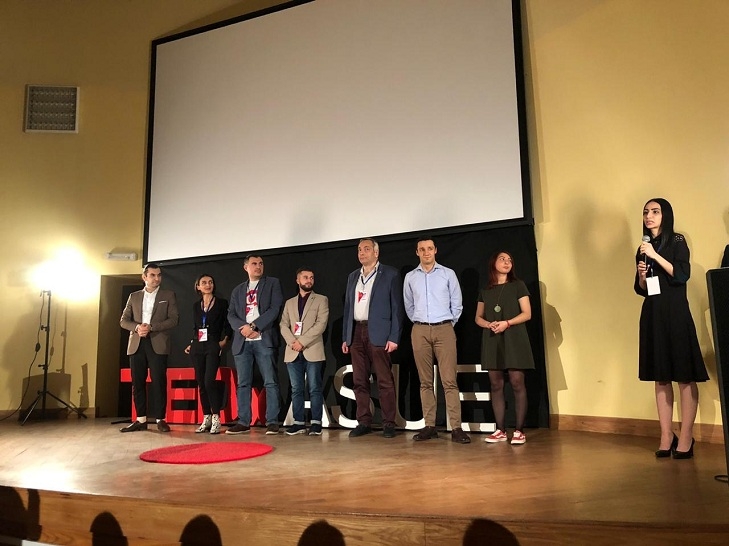 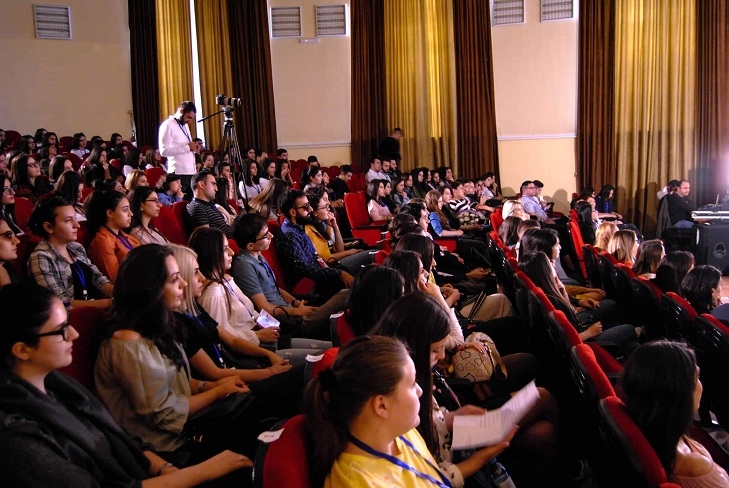 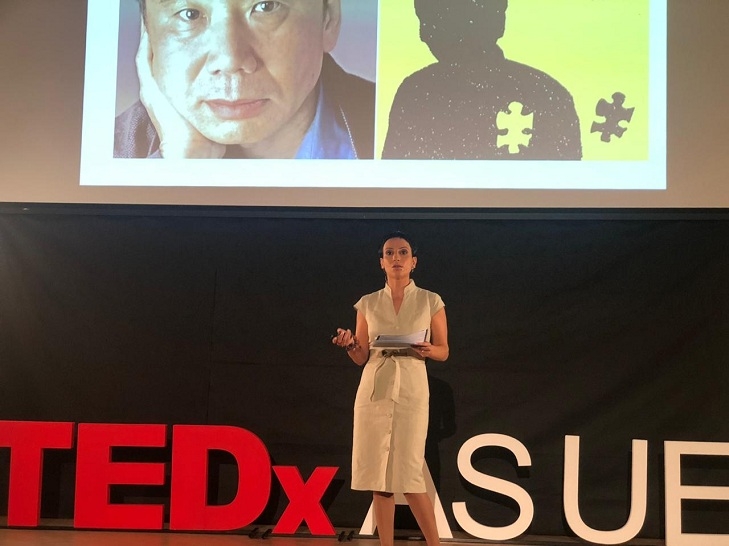 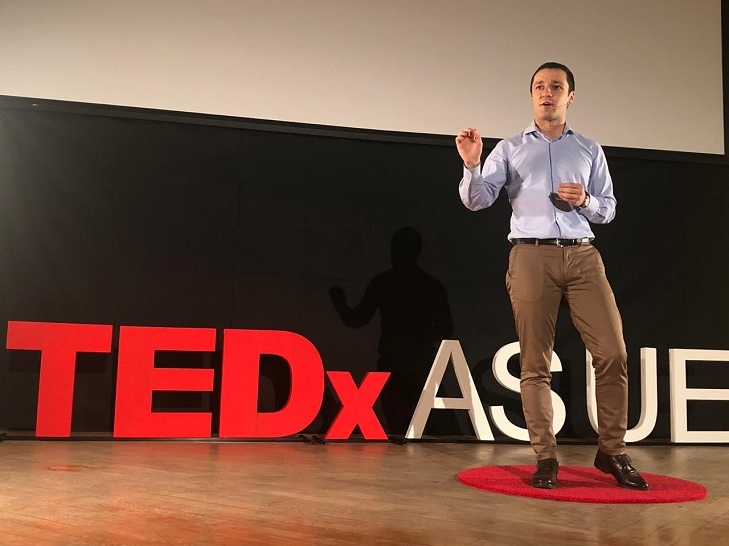 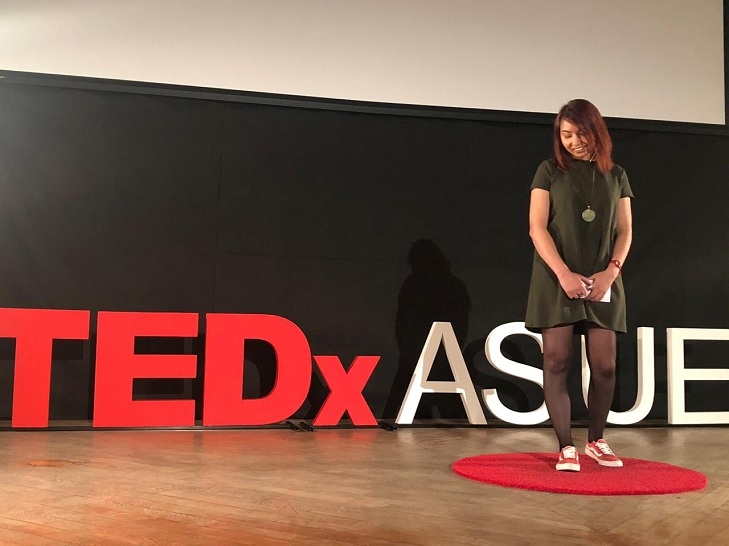 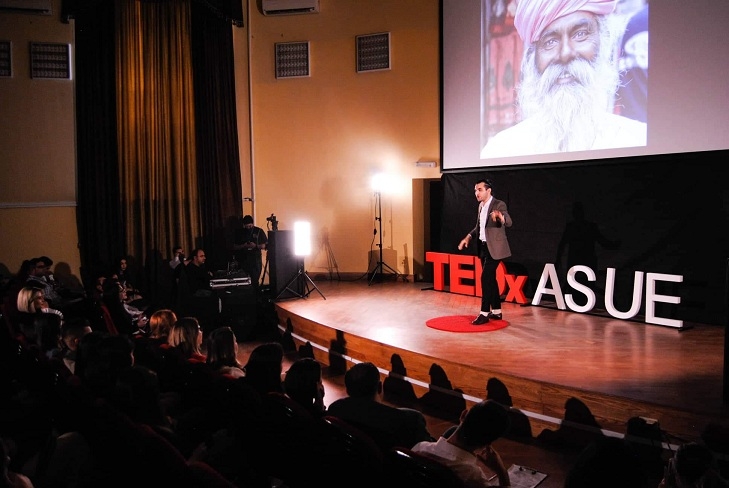 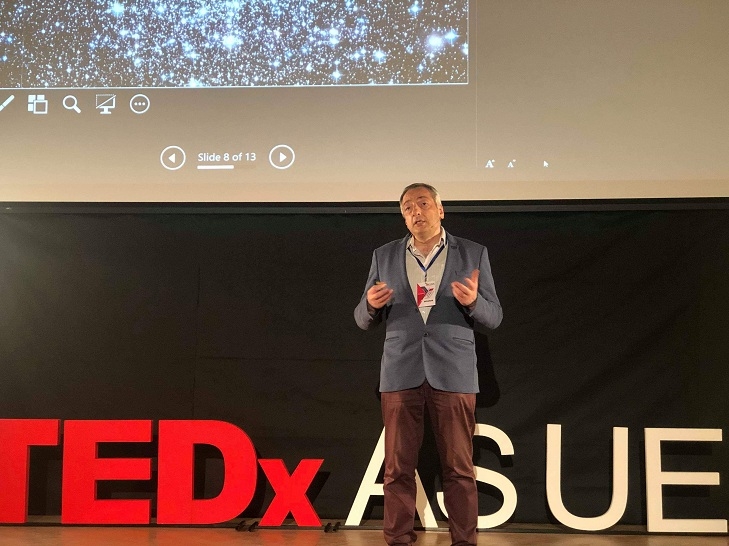 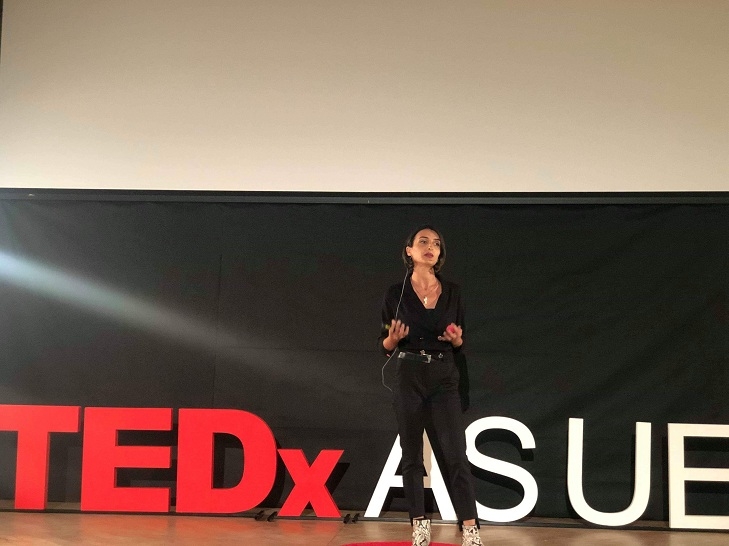 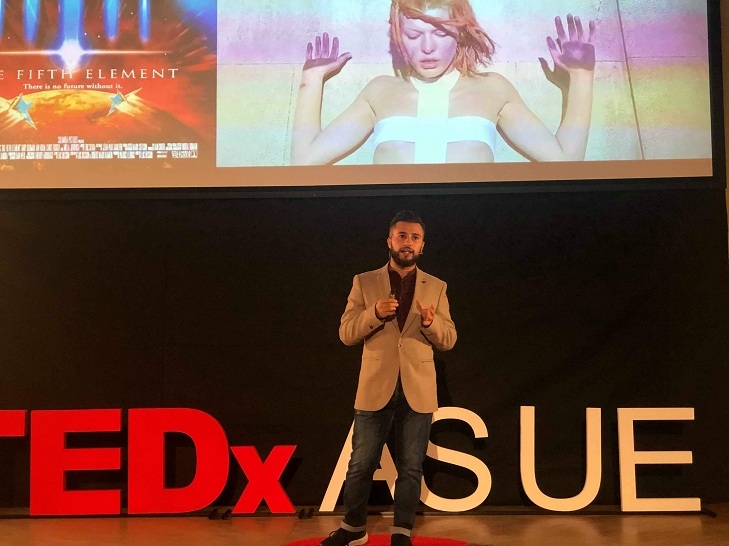 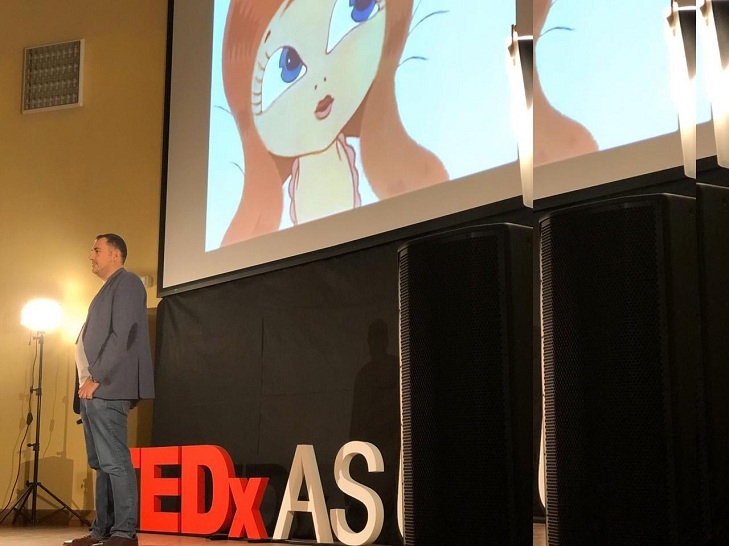 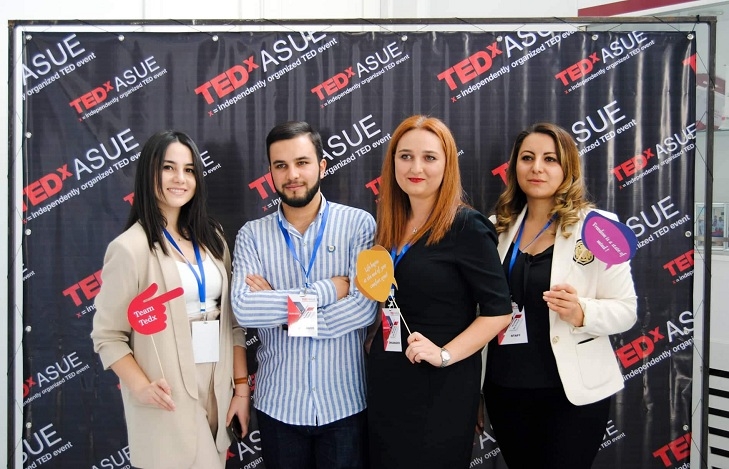 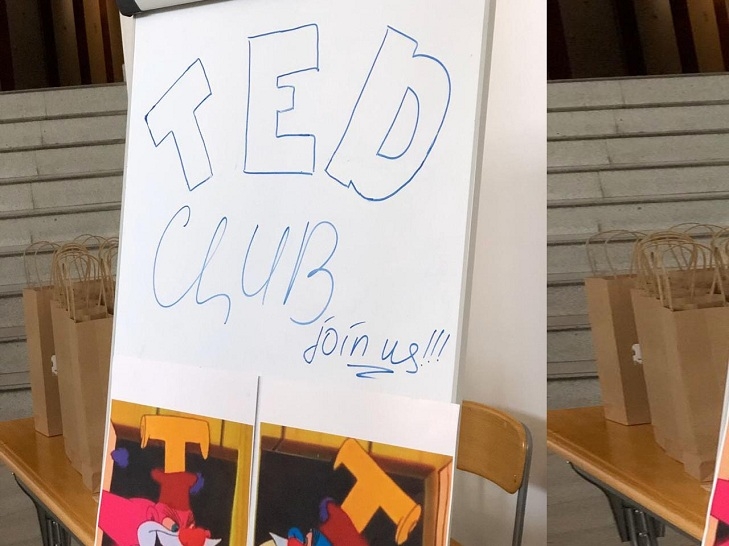 ASUE acting Rector Diana Galoyan made opening remarks and welcoming the attendees stated; “Dear guests, I am glad that ASUE is hosting TEDxASUE event today. We are confident that such events will be continued at our University thanks to initiative students such as Gohar Grigoryan, a student at the Faculty of Finance, who successfully organized TEDxASUE event, as a result of a long and effective collaboration with ASUE, which is an important step in the development of the University and is the first one in the University life. TEDxASUE is licensed under the TED International Office. TEDx talks are instructional, informative, which implies that our University, licensed to host this event, attaches great importance to non-formal education along with the formal one. TEDx also contributes to the activation of the university life, providing new opportunities for networking between professionals in different fields and from the point of view of further collaboration".

Then the hosts Gohar Karapetyan (ASUE alumni) and Hayk Kalantaryan (ASUE student) introduced the rules of the event. "You are not allowed to go home until you get acquainted with at least one good and bright man”.

Hayarpi Sahakyan, the first speaker, presented the failures with all their “magic and essence’’. Hayarpi presented her reasoned and interesting point of view based on her own studies.

Areg Mikayelyan, the second speaker, spoke about astronomy, told about the vision of astronomy development and introduced the audience with the new layers of science.

The third talk was dedicated to women. Gohar Hayrapetyan impressed the audience with her formulations on women, presented the WOMAN with all her royalty and depth.

The last talk of the first block was about 3D printing in medicine. Emmanuel Ghandilyan told how bio printing is being developed and what can be achieved in this field in a few years.

TEDxASUE team organized a delicious coffee break for the guests to get out of the impact of the first 4 speeches and to survive further information attacks, during which guests had the opportunity to take photos on the TEDxASUE press wall, using photo booths prepared by a volunteer team, participated in a “TED club’’ interactive game, were awarded TEDxASUE event stickers, interacted with speakers and, of course, got acquainted with.

The second part of the event started after the break.

Arman Atoyan, the fifth speaker, began his talk with a cartoon screening which immediately interested the audience. Then it turned out that the other parts of the talk were no less interesting, and the audience had the opportunity to get acquainted with a lot of interesting information about the present and the future of enhanced and virtual reality.

Razmik Sargsyan, the sixth speaker of TEDxASUE event, spoke on coaching, presented “beard” problems and their impact on our lives. In his speech Razmik showed that it is not reality that creates emotion, but emotion - reality.

TEDxASUE could not pass without an economics talk. The economic platform was entrusted to Ruben Hayrapetyan, who spoke about economics education, its importance, challenges and ways to overcome it.

And finally, the last theme of the TEDxASUE event was peace. Narine Vardanyan told about how it’s difficult to be between war and peace, and the only way to win and be peaceful is to create. The audience was tearful and excited after this performance.

After enjoying a wonderful eight talks, it was time to thank the speakers, the audience, the hosts, the organizing team, the technical staff, and say goodbye to each other.

It is difficult to convey what happened at ASUE Big Hall on September 29 within the frames TEDxASUE, but we have the following: