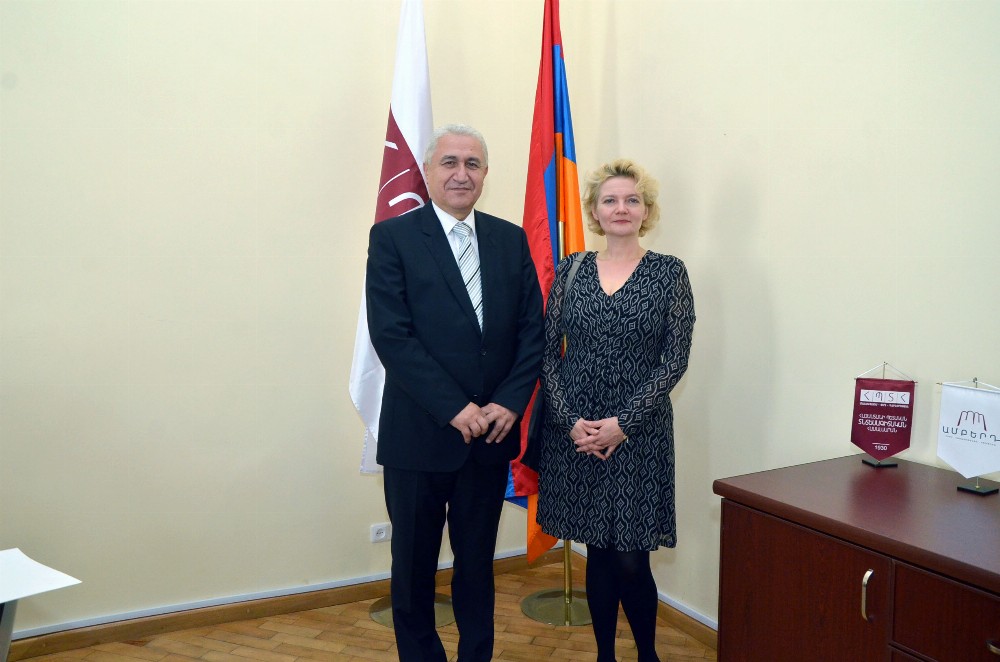 ASUE Rector Koryun Atoyan and Vice-Rector of Science and International Relations Gagik Vardanyan hosted the head of the DAAD Information Center Silvia Schmid. The head of the Foreign Relations Division Vard Ghukasyan was also present at the meeting.

Welcoming the guest, Koryun Atoyan thanked her for the visit and expressed hope that the cooperation would be continued. The Rector said that every year ASUE hosted the representatives of the center, which contributed to the expansion of collaboration.

Silvia Schmid noted that she was happy to be hosted at ASUE and for the cooperation that exists between the University and the DAAD. According to the head of the DAAD Information Center their organization would conduct a meeting at ASUE, during which university staff would be introduced to existing programs.

They possibilities of expanding the cooperation were also discussed.