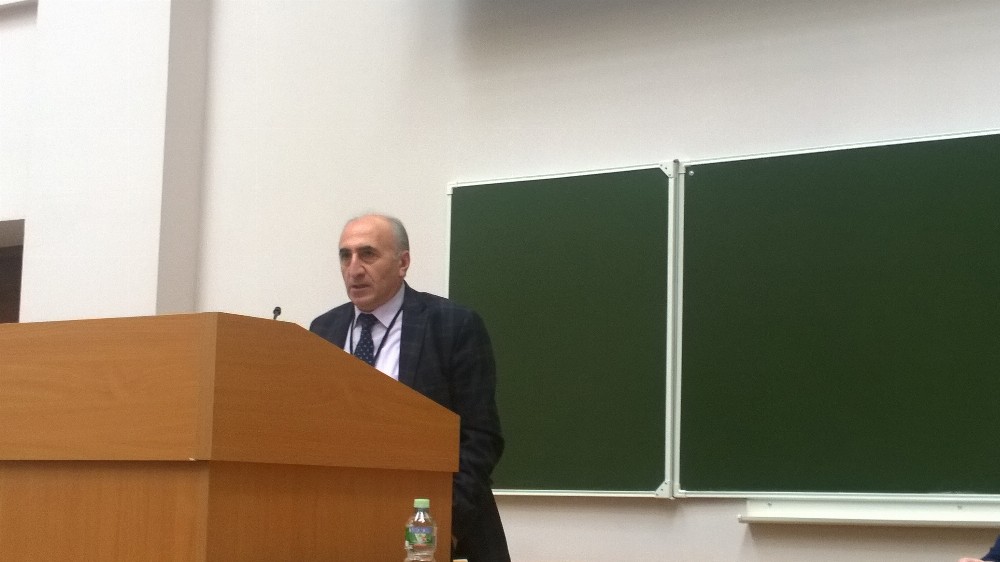 Atom Margaryan submitted  the  information  and  stated that  the  scientific trip was  conducted within the  frames  of research carried out by the Armenian-Belarusian international grant program, as well as  aimed  at establishing partnerships with leading Russian Universities and scientists. 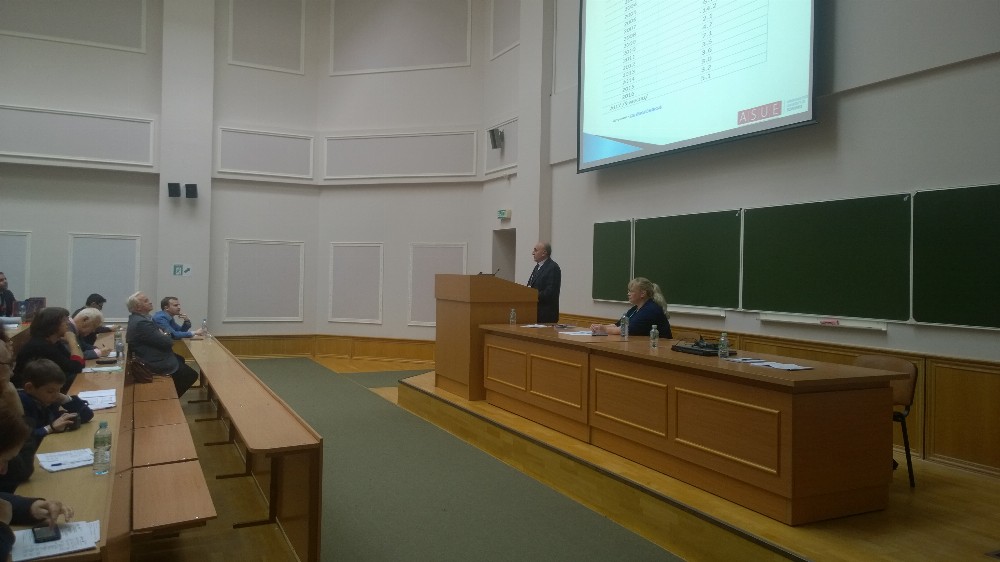 Our scientist reported  on “Commercialization Issues of Innovative Outcomes in the Context of New Industrial Policy” during the plenary session of the 2nd international conference “Innovative Economy and Management: Methods and Technologies”  held  at Higher School of Management and Innovations of  Lomonosov Moscow State University. More than 100 representatives from 7 countries attended  the  representative conference (http://hsmi.msu.ru/).

"I am impressed by the creative atmosphere  of  the  conferences in Moscow. The National Research University was especially impressive, as Master’s and  PhD students participated in the ongoing conferences together with professors and researchers with the same enthusiasm and activity. The infrastructure that has been developed at this University over the past decade, especially with a powerful network of scientific-educational laboratories, centers, and institutes, allows to be  competitive and desirable partner for leading World Universities”; stated  the Director  of  scientific-educational laboratory, adding that during his participation in both conferences  agreements have  reached to carry out  laboratories cooperation, international research projects.