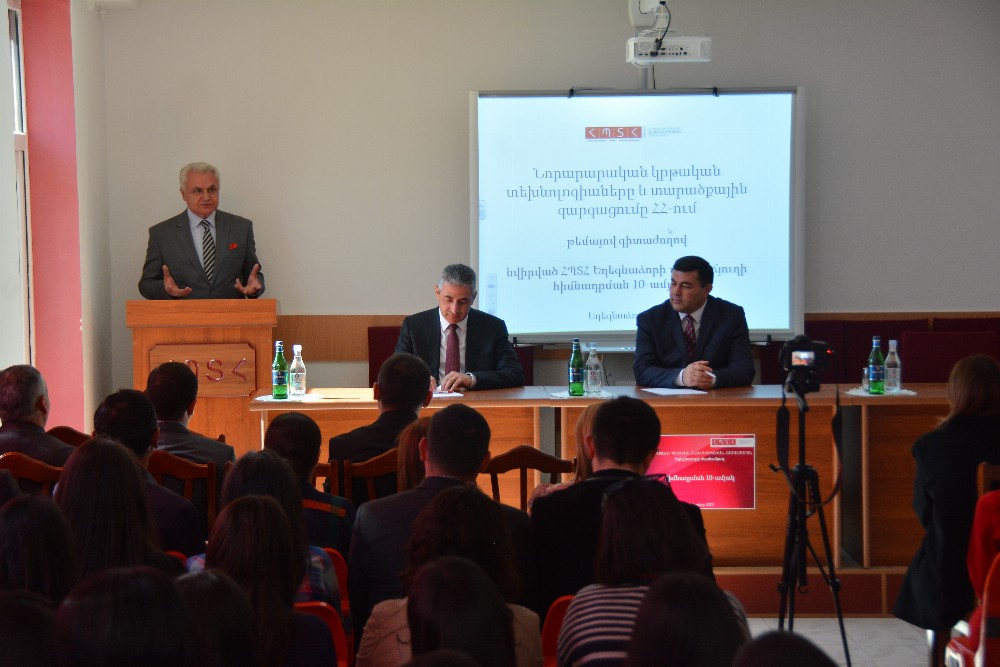 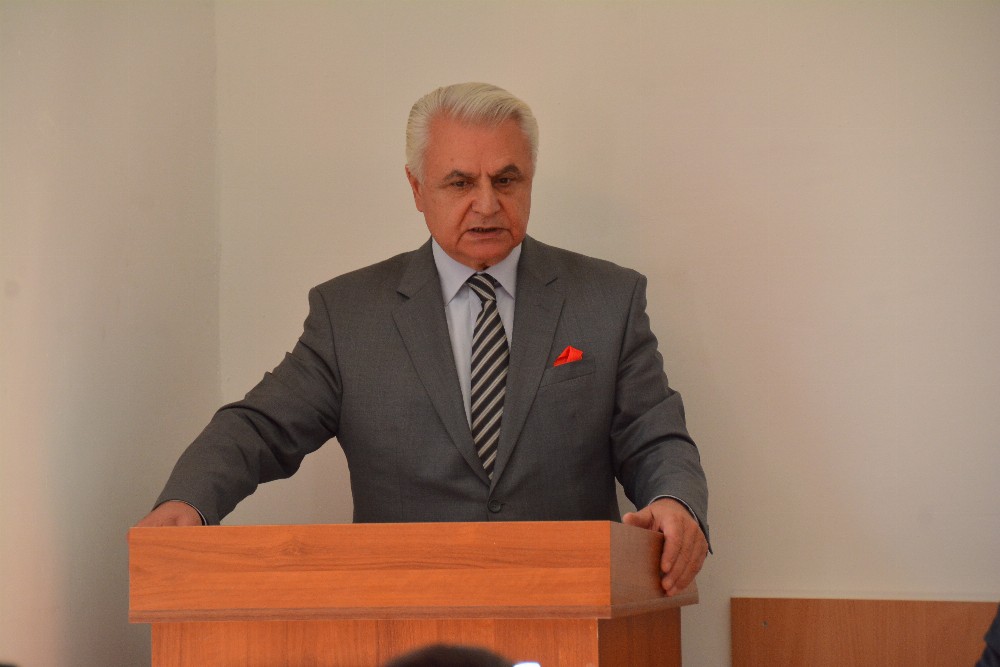 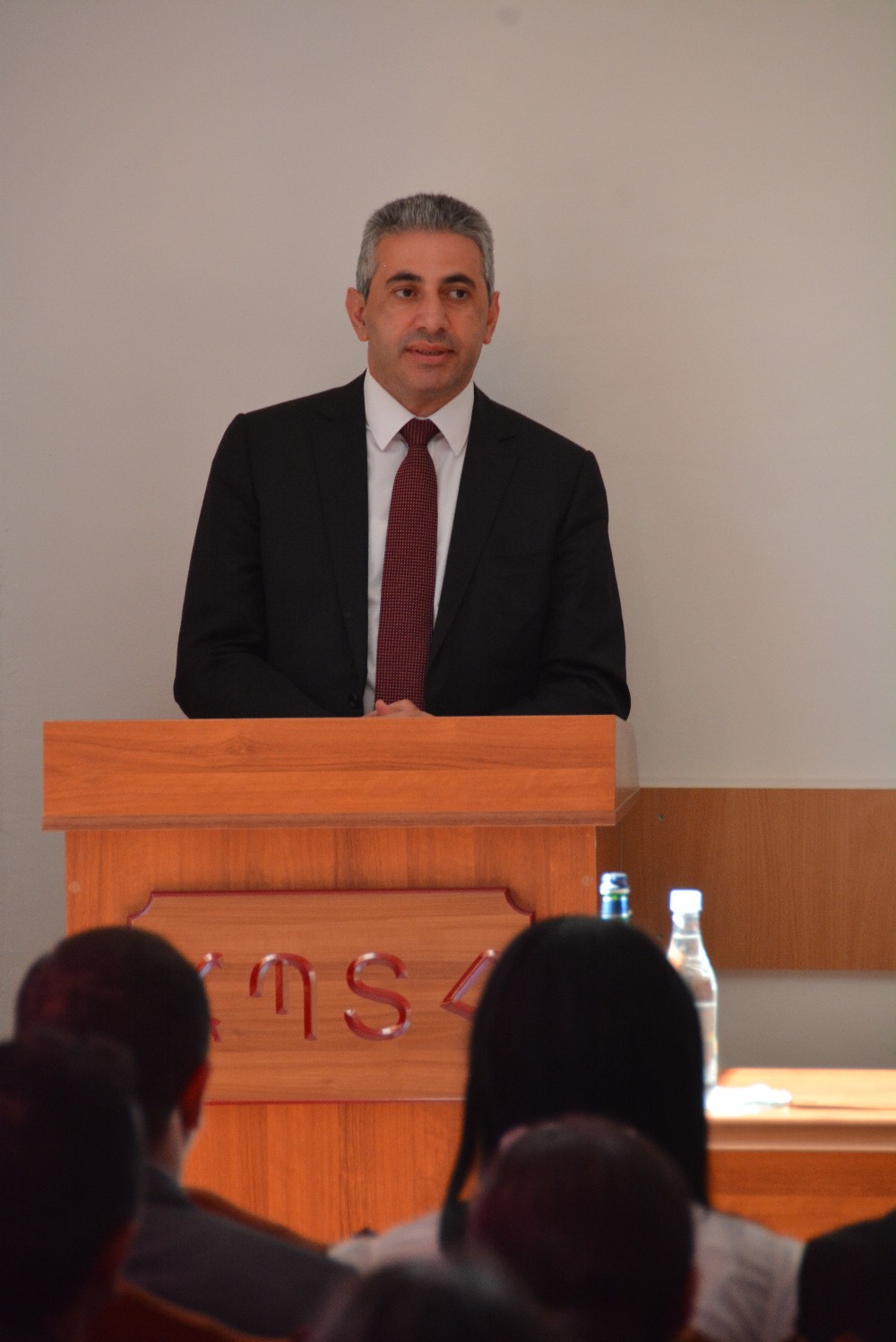 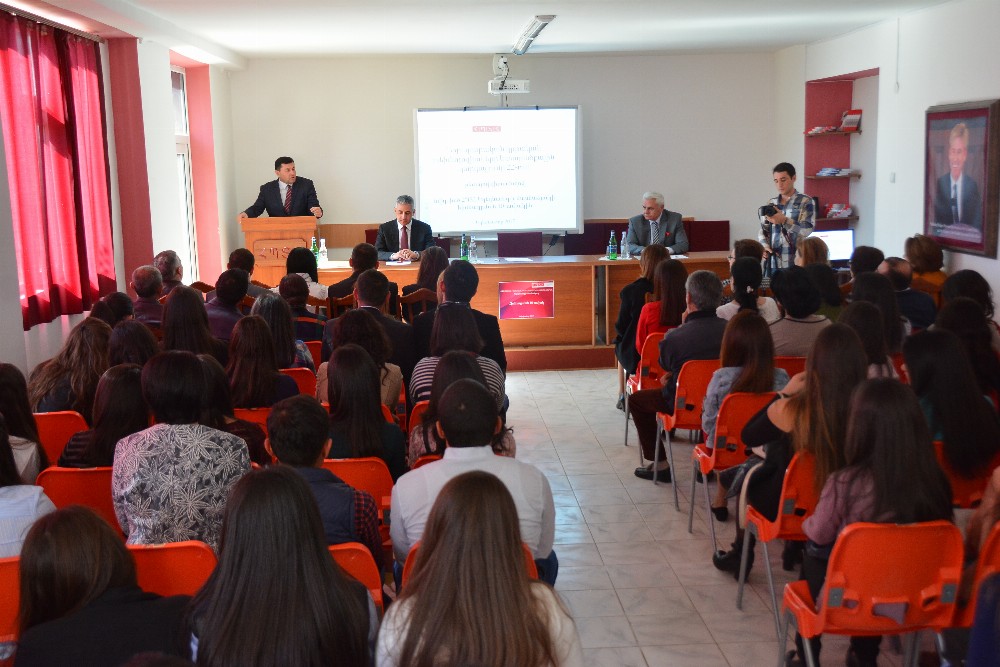 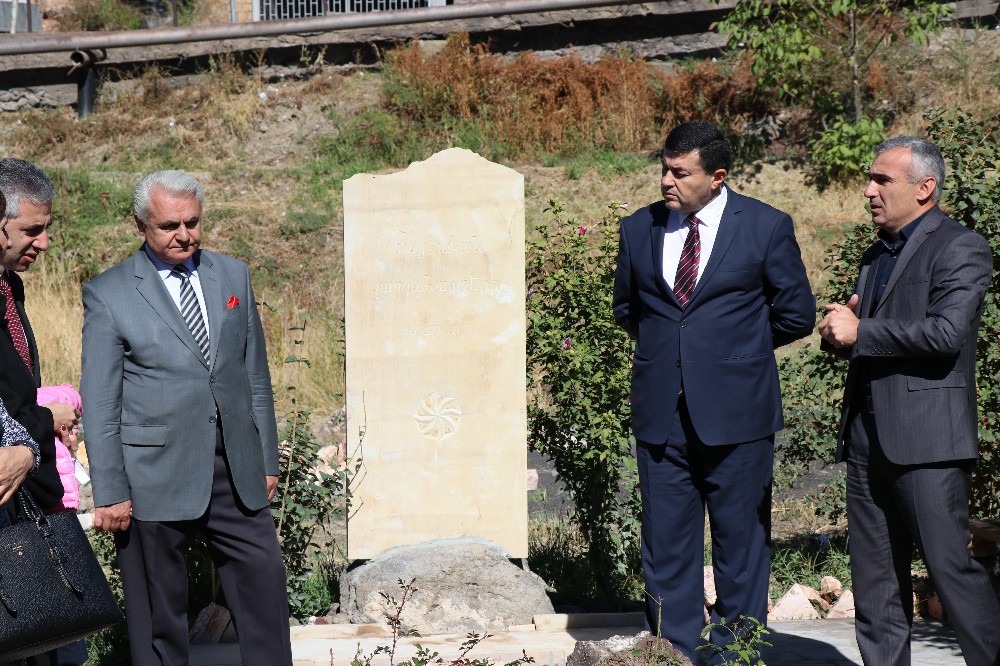 Today, ASUE Yeghegnadzor Branch celebrates the 10th anniversary. The first event  was the opening of the “Armenian Ornaments Park” in the park near  the Branch,  where 12 ornaments were situated. The  park  is designed for entertainment for students and community residents.

The second  part of the  event  was  dedicated  to congratulatory  speeches  and  awarding  ceremony.

Then Gagik  Vardanyan  had  an extensive  speech referring  to the role of University in  regional development  and internationalization opportunities.

Edgar Ghazaryan, Ambassador Extraordinary and Plenipotentiary of Republic of Armenia to Republic of Poland, made a  congratulatory speechemphasizing the possibilities of solving social problems through the activity of the University.

Then Sos  Khachikyan, Branch Director,  made a speech presenting congratulatory messages  of  regional governance, local self-governing bodies and a number of businessmen on the 10th anniversary  of  the Branch.

The 10th  anniversary of the Branch was also marked by the awarding ceremony for its employees, businessmen, as well as state and public figures with awards and the Branch Gold Medal for their great  contribution in  the  Branch foundation.

One of the agenda issues of the event was the conference on "Innovative Educational Technologies and Territorial Development in the Republic of Armenia", within the  frames  of  which Sos  Khachikyan, PhD in Economics, Associate Professor  and lecturer Narek Saratikyan presented reports referring to regional development priorities through social capital, innovation and scientific-educational initiatives. After  the  reports  Gagik Vardanyan, Doctor  of Sciences, Professor, made a  speech drawing attention to knowledge-based economy  and the interconnection issues of regional development.