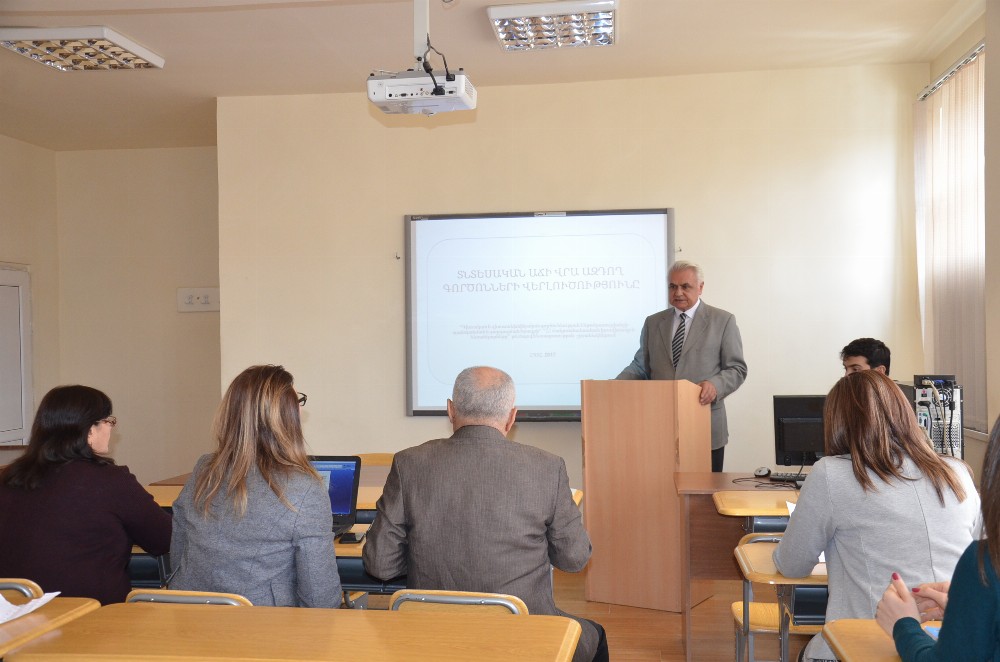 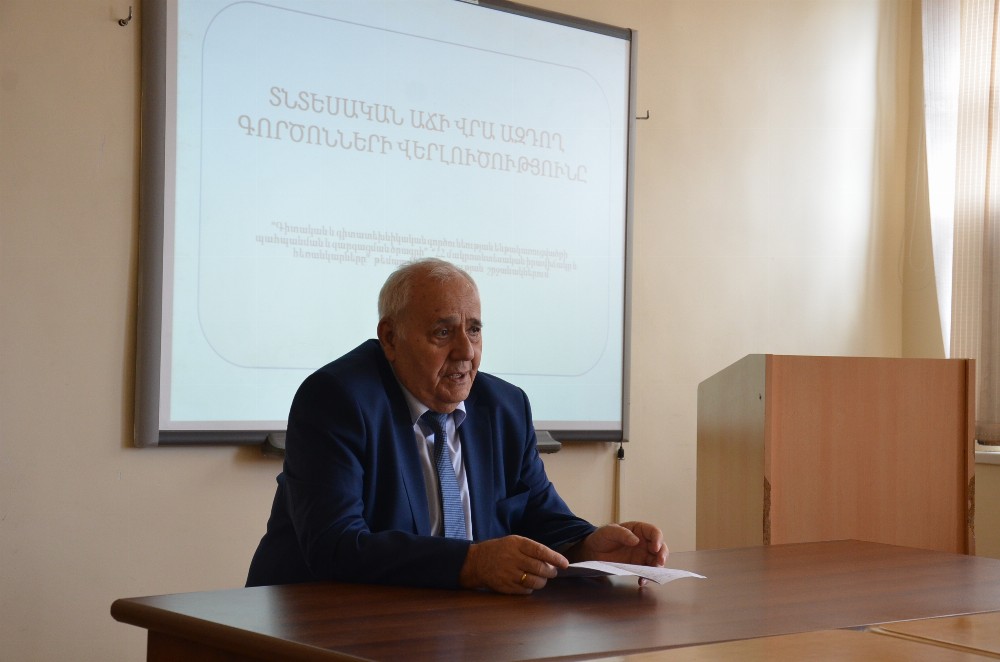 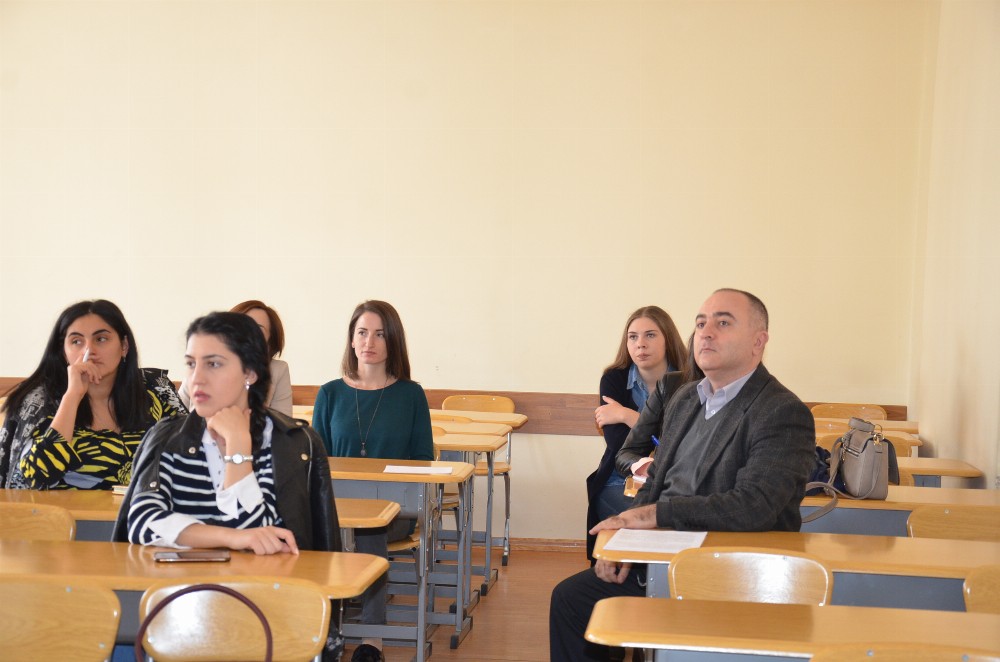 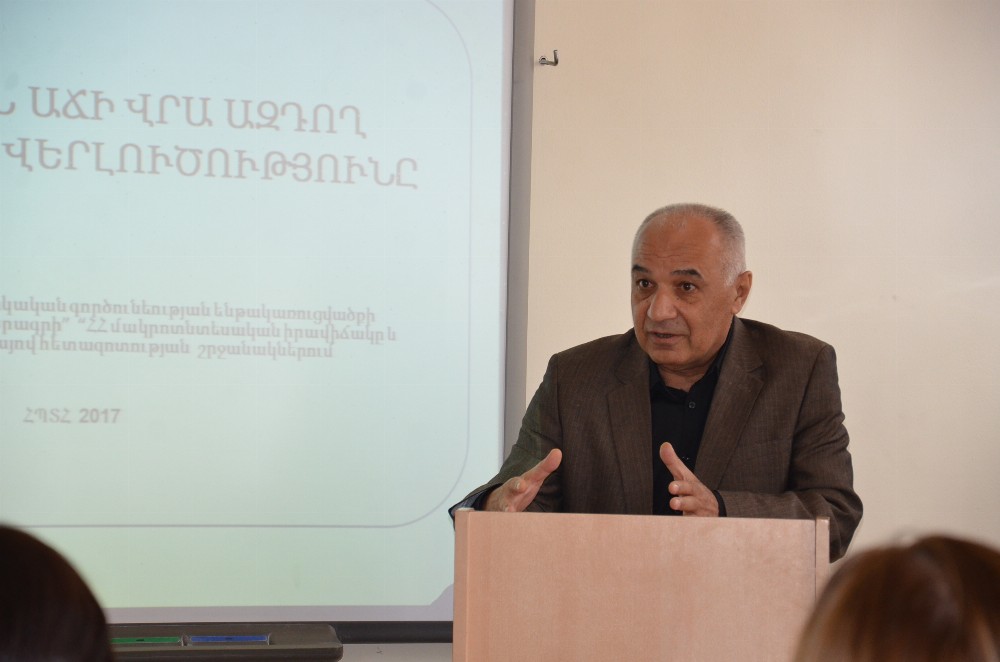 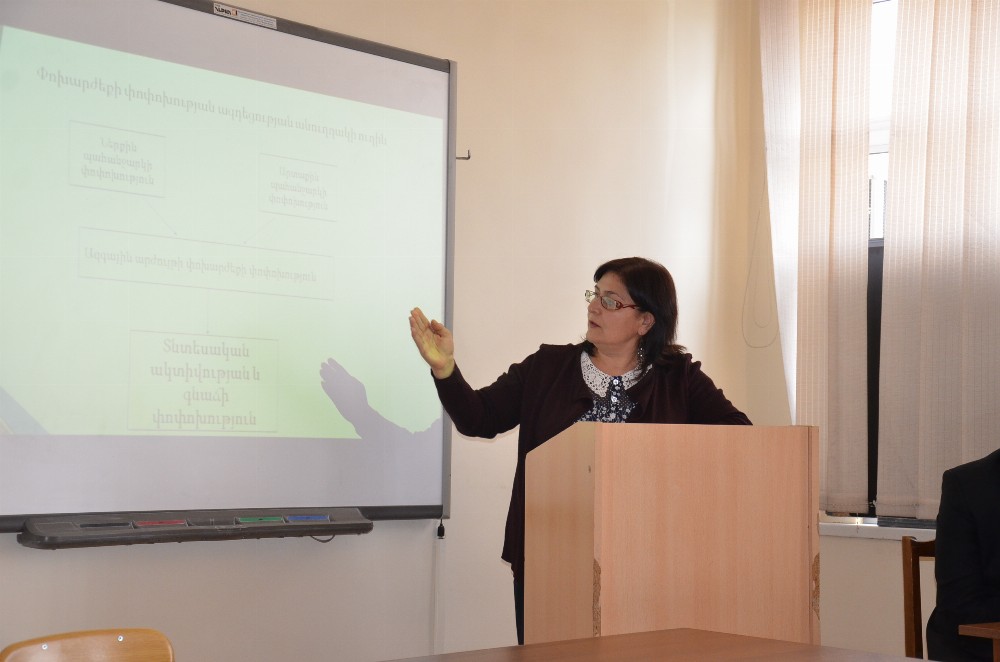 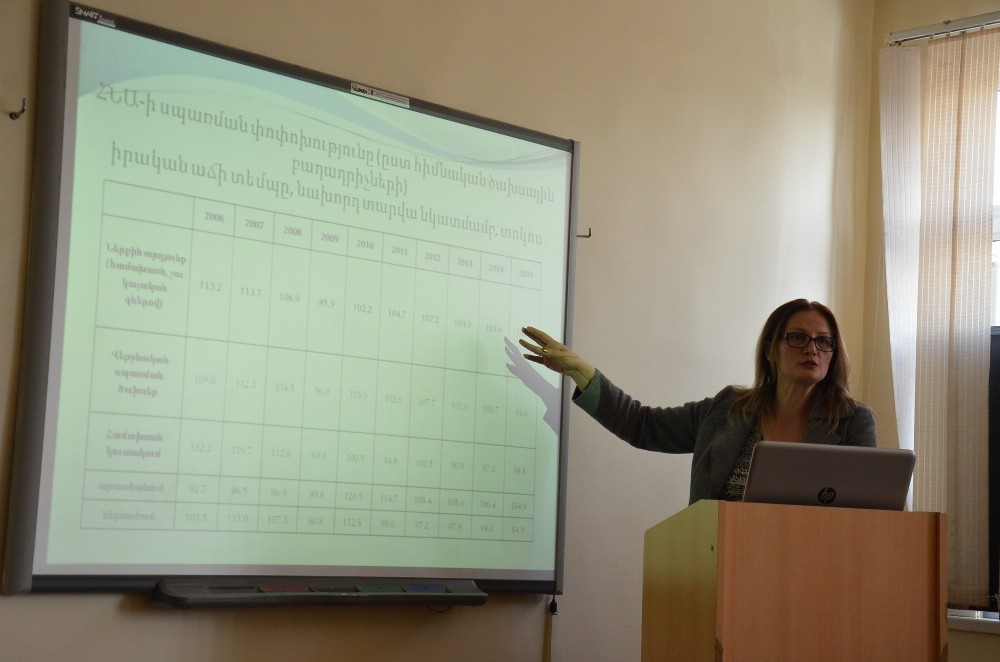 Today, the  Chair  of  Macroeconomics continued the  series of seminars aimed  at strengthening scientific-research component at ASUE and activating scientific activity  of the  Chairs.  “Macroeconomic Situation and Prospects of the  RA” was presented, which  was studied by a number of representatives  of the Chair  staff within the  frames  of “Development Program of Preserving  Science and Technology Infrastructure Activities” of the RA State Committee of Science. The  seminar  was  attended  by Gagik Vardanyan, Vice Rector  of  Science  and International Relations, Karen Grigoryan, the acting Chair of Macroeconomics, Ishkhan Tigranyan, supervisor of research program, PhD in Economics, Professor, representatives of Faculty, students.

Gagik Vardanyan welcomed  the attendees and  highlighted  that it’s expected to formulate platform  for discussions, debates, where a  scientific outcome will be  created.  The  Vice Rector  also  stressed  that experts  should appear as a result of research activity, who  can submit proposals to the Government on improving the economy.

Then Ishkhan Tigranyan made a speech stating that the research  group  had  conducted  a long-term activity  within frames  of SCS program - it has been studying the topic for over three years.

Tatul Mkrtchyan, Dean of Department of Marketing  and  Business  Organization, Doctor of Sciences, Associate Professor  and Varsik Tigranyan, PhD in Economics, Assistant Professor summed  up the  seminar  reporting on “Interpretation of the Correlation of the Exchange Rate and Economic Competitiveness Indicators in the  Republic of Armenia through  the Vector Model of Error Correction” and “The Possibilities of Tourism Development with Significant Export Potential in the Republic of Armenia”.

In general, reporters characterized and appreciated the macroeconomic situation in our country, raised the problems and made suggestions for their solution.

Perspectives, opportunities for development were outlined. The meeting was conducted in an  active discussion atmosphere.