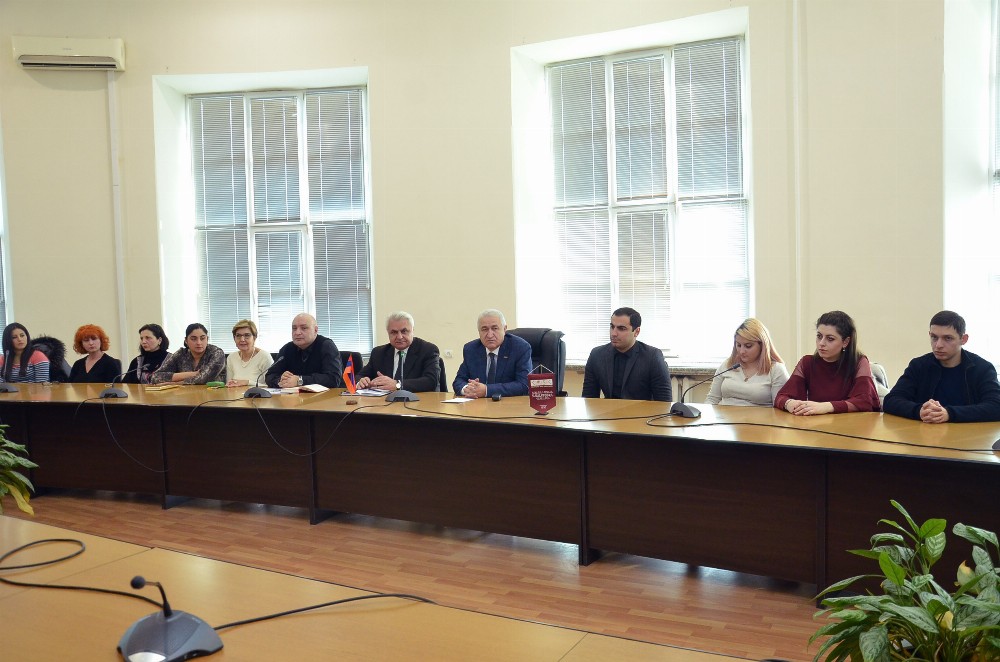 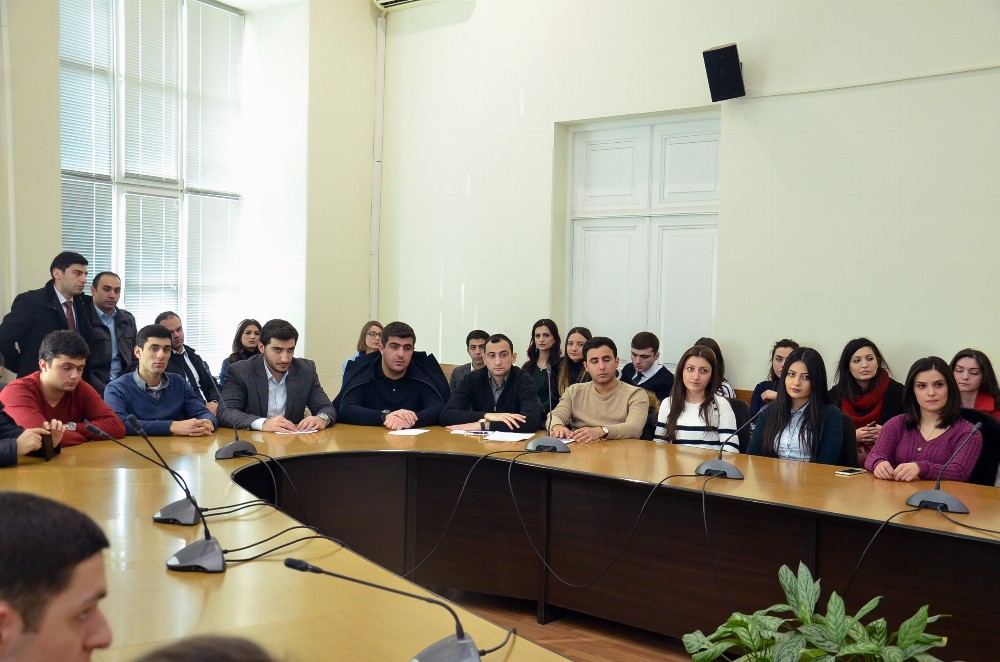 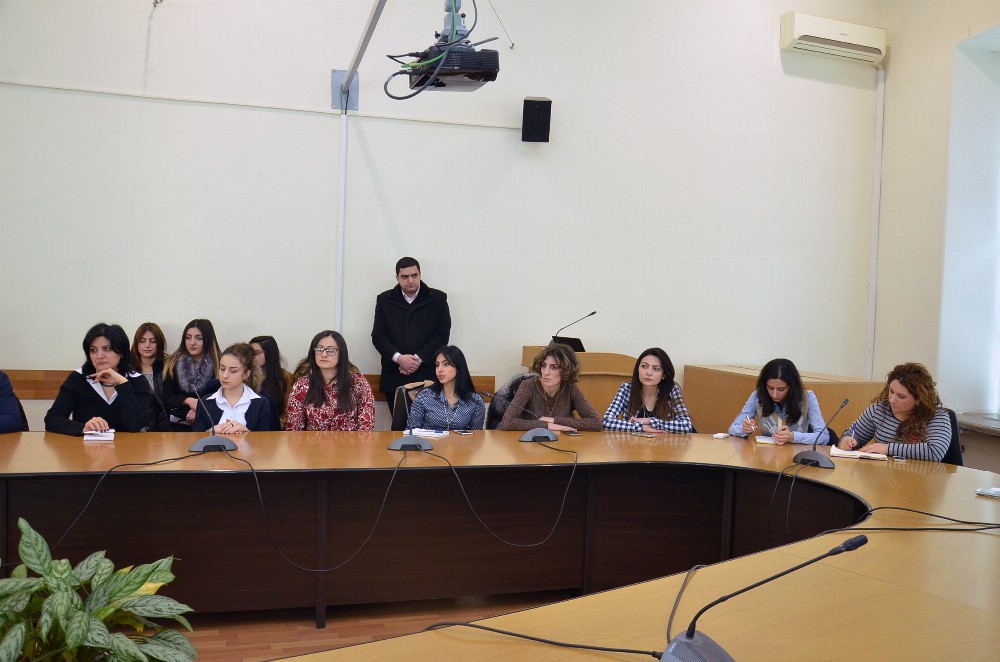 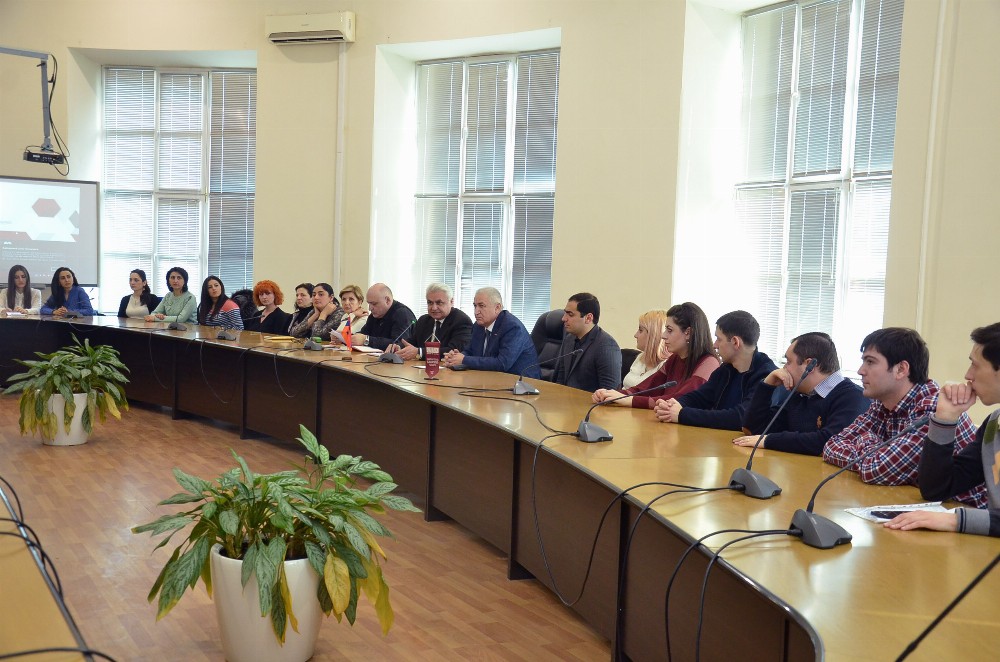 First, Koryun Atoyan congratulated the first year PhDs, wished  them success, then drew attention to several aspects, which are essential to complete the process of PhD education.

Rector urged to demonstrate  right approach to the selection of topics and scientific supervisors, to publish articles during the study years and  don’t leave it to the last stage, then called to actively  participate in conferences.

“So, you can not only perform scientific work and complete it, you should be known as scientists, should present your approaches often and the  best  way of it is the participation in conferences. Science is a hard, but an honorable way and I am sure the kind reputation of the scientist will go up in future, there is no other way, because the economy, the country can not develop without education and science”; Koryun Atoyan said.

Vice Rector of Science  and International Relations Gagik Vardanyan urged to seriously treat to postgraduate education, as it is the 3rd degree of higher education. The Vice Rector mentioned  several steps aimed at improving the study, then called to actively  participate in international projects carried  out by the University, to be involved in the University life.

Head of Science and PhD Division Khoren Mkhitryan talked about some organizational issues and  mentioned  that it’s planned  to publish “Young Scholar” scientific magazine in ASUE, and the support of young scholars is  very important for establishing it. Head of the Division suggested to submit articles until May.

Summing up the meeting Rector Koryun Atoyan congratulated PhDs once more and wished effective study, adding that the University Leadership is interested in solving any kind of problem and improving quality.