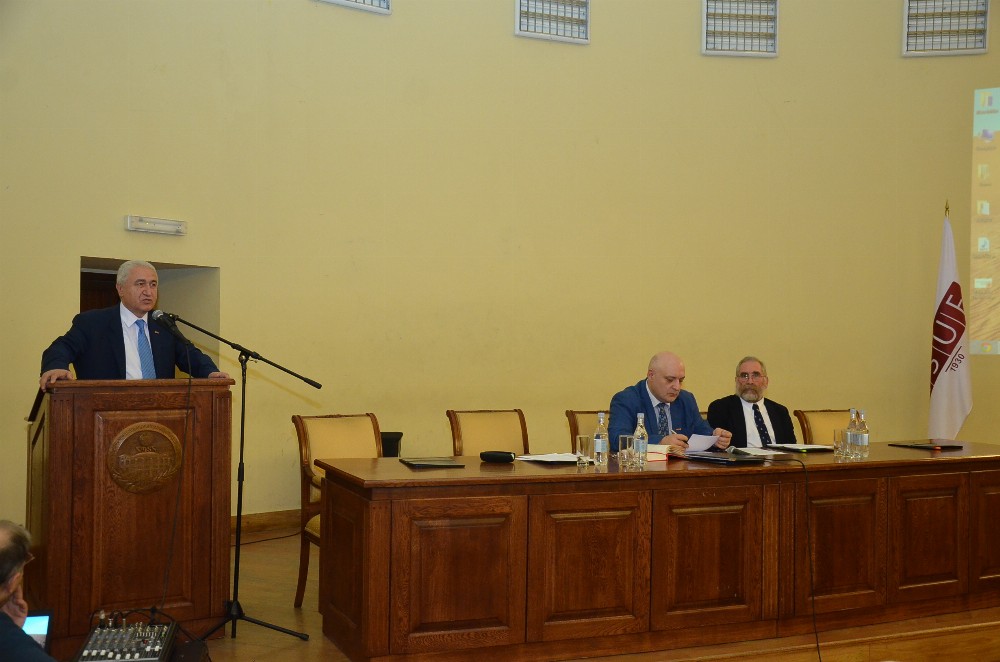 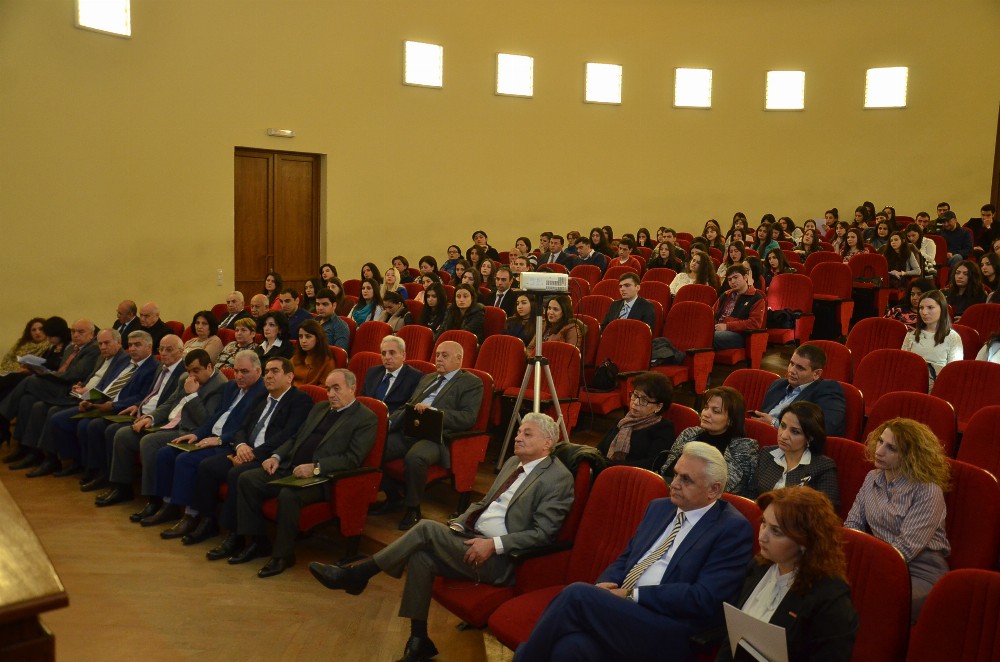 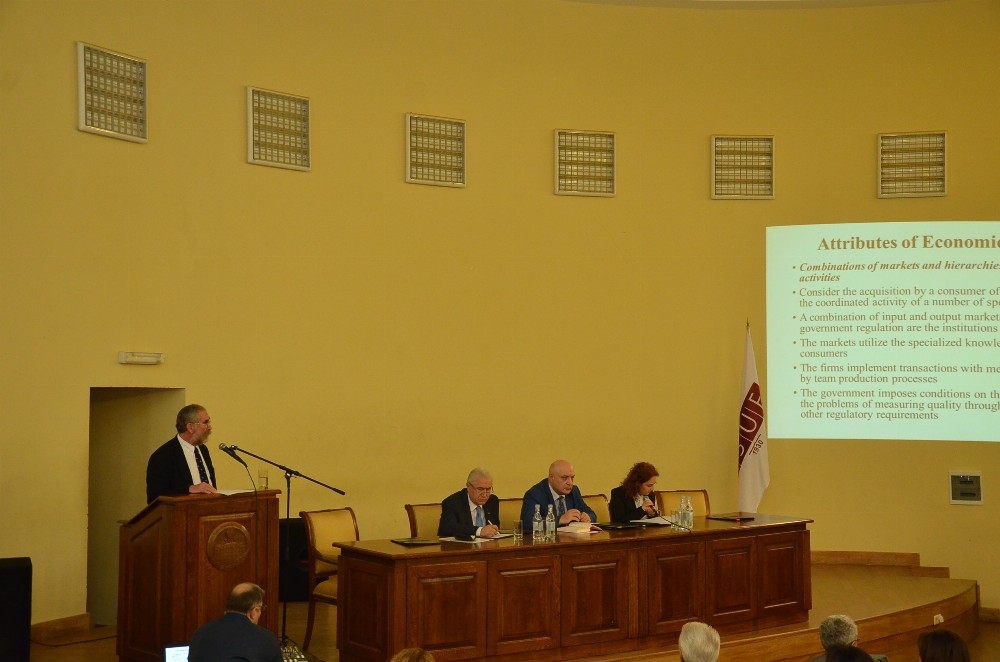 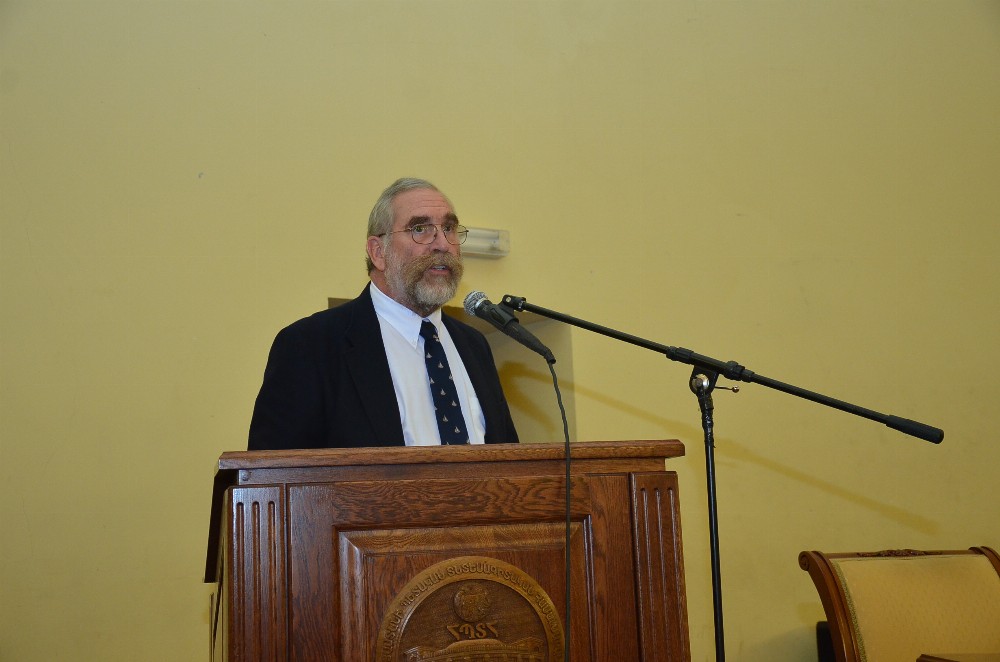 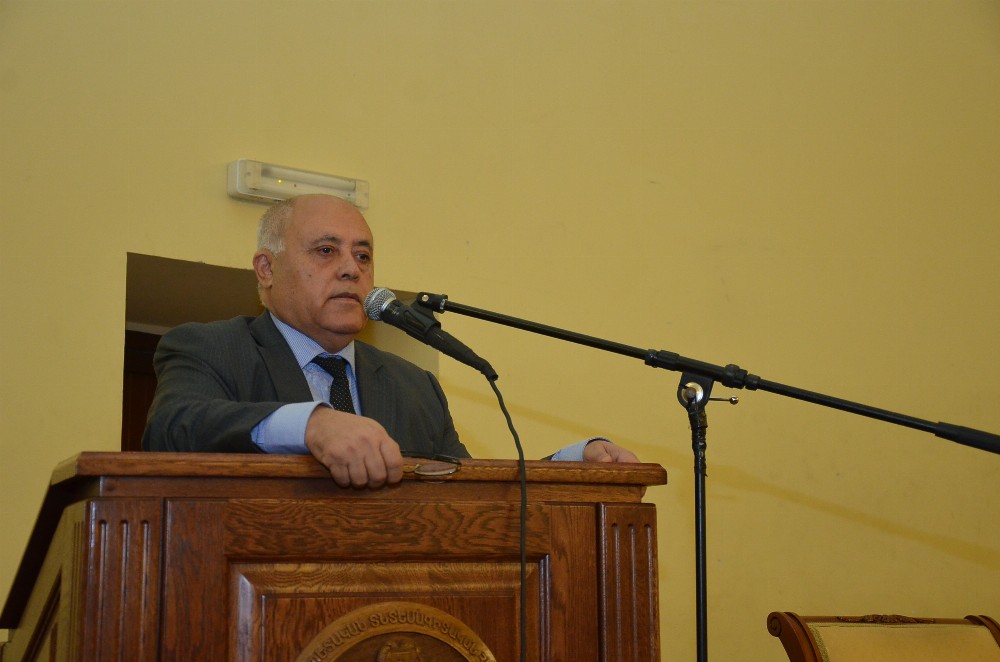 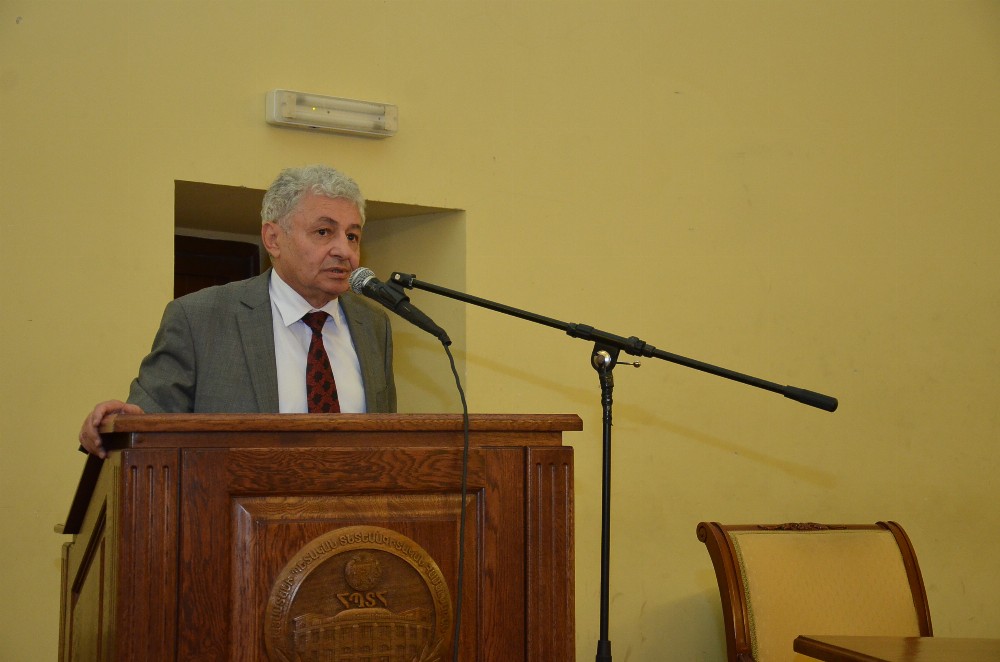 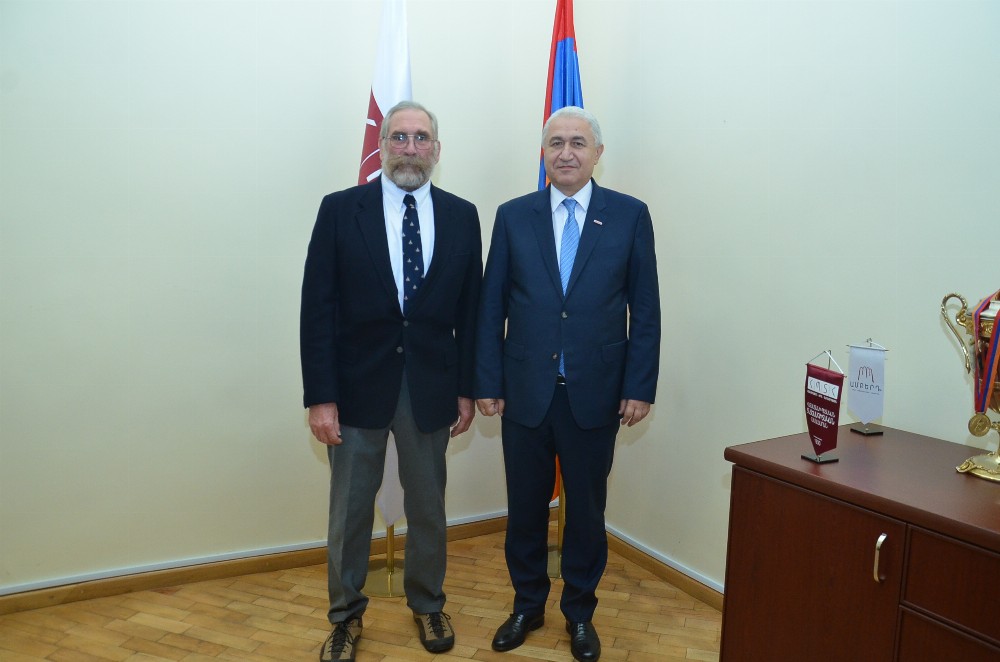 Today, ASUE 26th conference on “Modern issues of  improving business environment  and  enlarging international economic cooperation in the RA” launched by the plenary session,headed by ASUE Rector, Doctor of Economic Sciences, Professor Koryun Atoyan and  attended by Vice Rectors, Deans of the Departments, Heads of the Chairs, lecturers and students. Honorary Professor of Markuet University, US, Peter Tumanoff  and Dean of the Department of Economics and Management, YSU, Candidate of Economic Sciences, Professor Hayk Sargsyan were guests of the conference.

Before the conference Rector Koryun Atoyan hosted the Professor Tumanoff in his office.

P.S. He had been hosted at our University in the frames ofFulbright scholarship program for one semester and were greatly impressed by our University.

The Rector mentioned  that the Professor has already become familiar to us.

Rector Koryun Atoyan made opening remark: first thanked the Professor Tumanoff for accepting the invitation of attending the conference, then welcomed the attendees, introducing the key issues of the conference, in the context of highlighting scientific-research activities he stressed “Amberd” research center’s and SEG’s activities, presented his vision: Economic University should act with professional proposals aimed at solving economic problems: “I think, this is the best way for Economics University to propose solutions to economic problems”. Rector’s whole speech is available in the attached file (Armenian version).

After the Rector’s speech reports were presented:

Koryun Atoyan reported on “Large-scale housing construction as the direction of economic growth and symmetric economic development through stimulating production”, the whole report is available in the attached file (Armenian version),

Hayk Sargsyan reported on “Some methodological approaches for the diagnosis and monitoring of constitutionality”,

Samson Davoyan, Director of ASUE Gyumri Branch, Doctor of Economic Sciences, Professor,  reported on “Comparative evaluation of efficiency  and analysis of the reforms carried out in countries”.

The plenary session was summed  up by the end of  presenting reports and the conference activities were continued in sections.