“Sustainable Economic Development Model for the Republic of Armenia”: Measure at ASUE 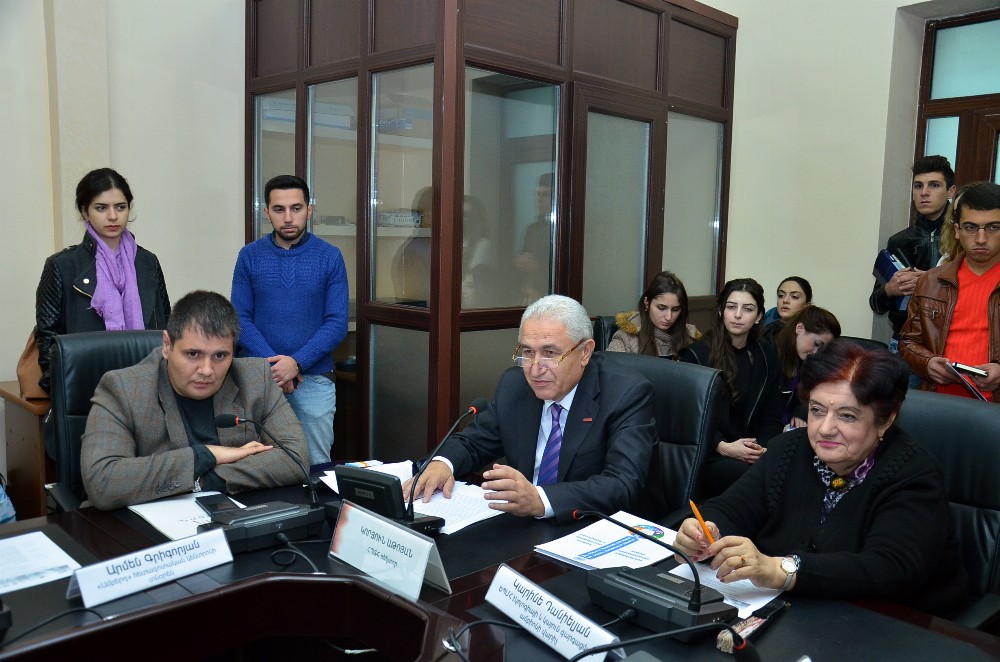 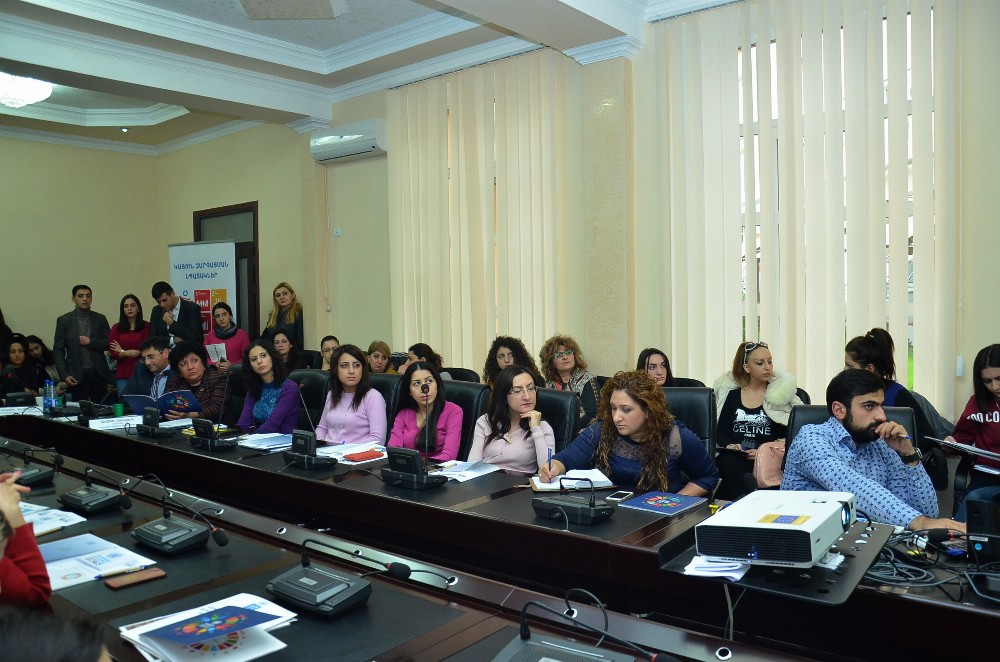 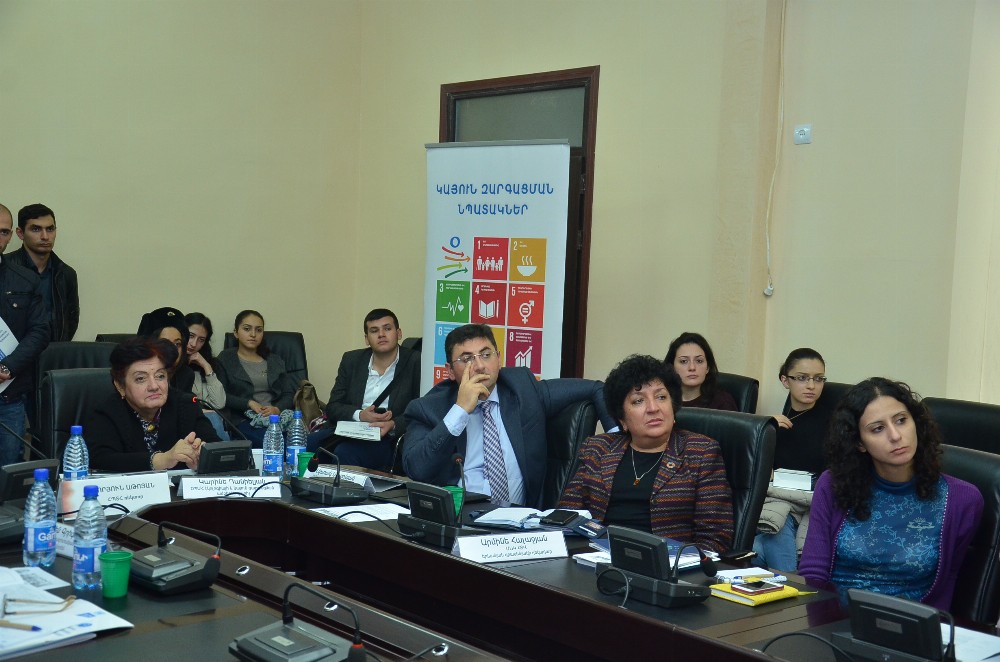 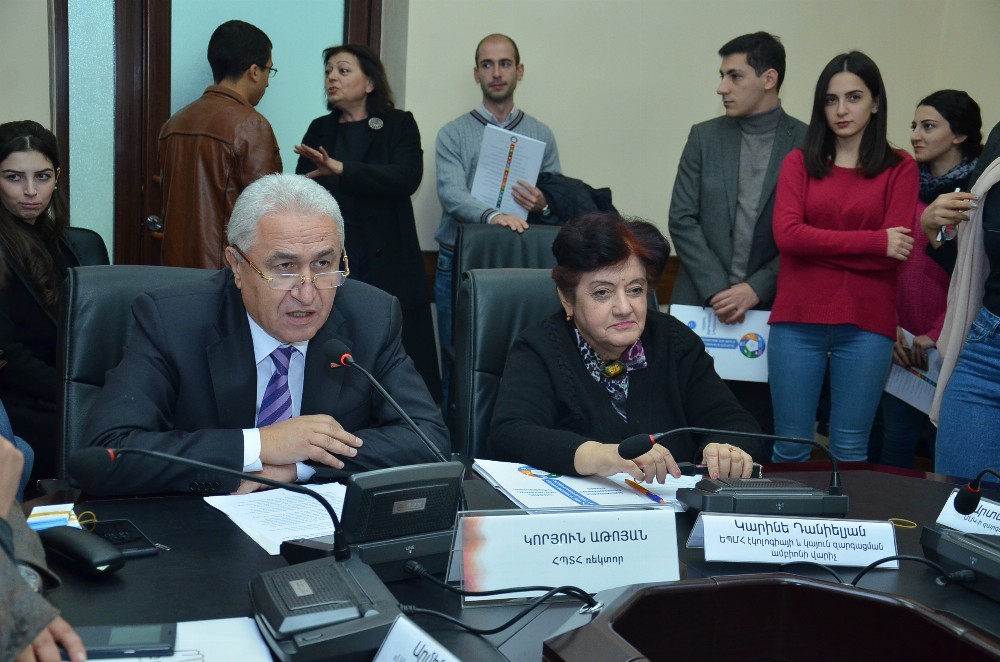 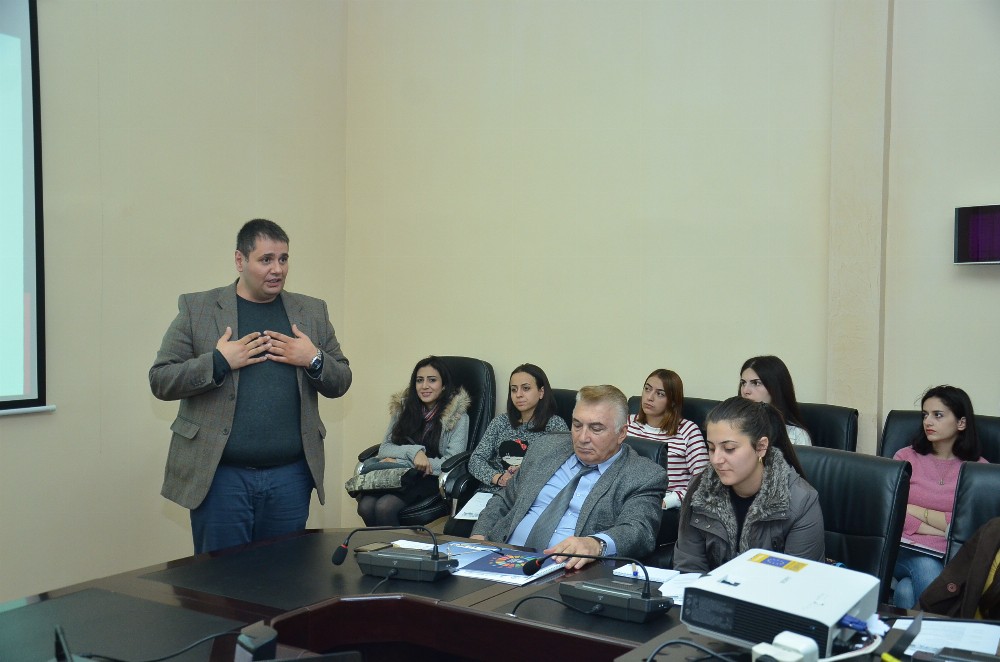 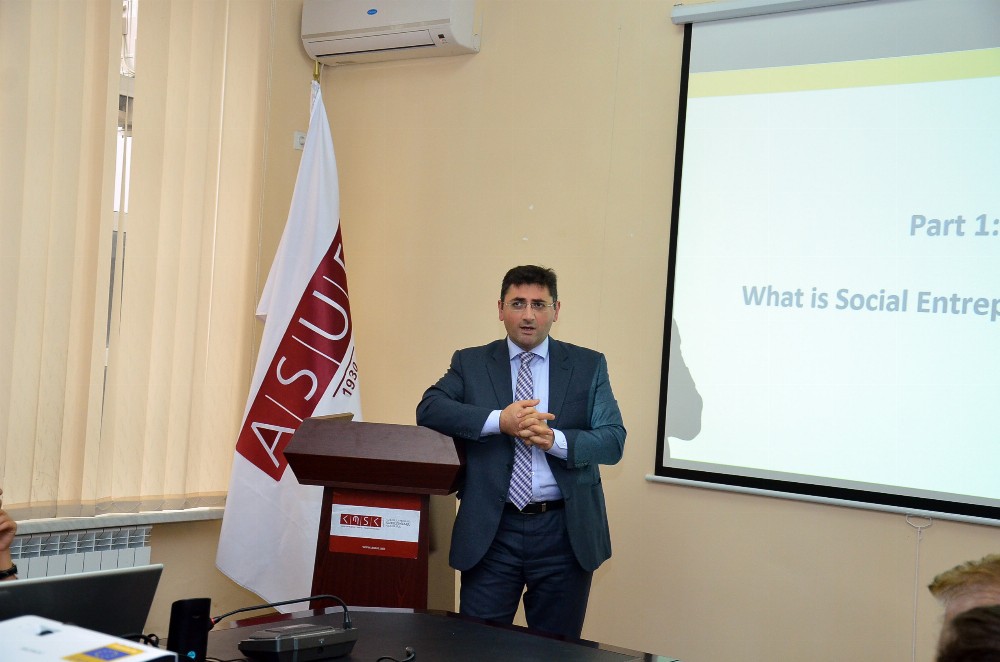 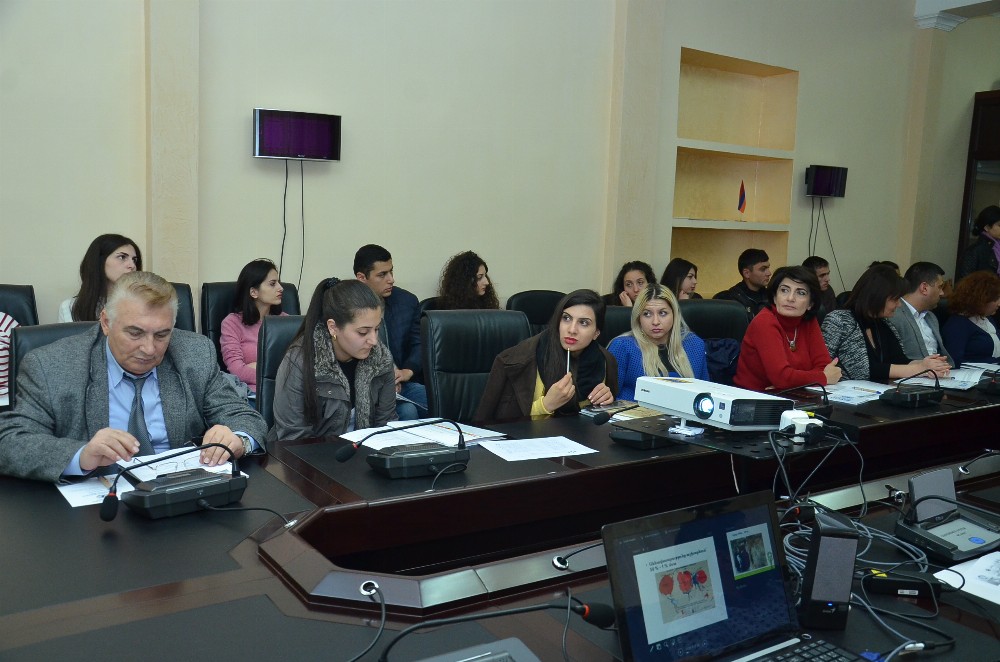 The initiative is directed to conduct discussions around the pre-selected ones of the 17 Sustainable Development Goals (SDGs) established by the UN, which will be attended by the Universities and other leading specialists.

Today, a discussion on “Sustainable Economic Development Model for the Republic of Armenia” was held at our University by the initiative of ASUE Foreign Relations Division, which was attended  by ASUE Rector, Doctor of Economics, Professor Koryun Atoyan, Head of the UN Department of Public Information Office in Yerevan  Armine Halajyan, Chief Advisor to the UN Development Programme Artak Melkonyan, Head of the Chair of Ecology and Sustainable Development, ASPU, Karine Danielyan, Director of ASUE “AMBERD” Research Center Armen Grigoryan, employers of the Center, Foreign Relations Division, members of the Faculty staff, students, guests.

First Koryun Atoyan congratulated the partners on the UN Day, which is celebrated every year on October 24. The University Head mentioned that the cooperation between ASUE and the UN DPI has history of several years.

“We have organized a number of joint measures in the frames of the cooperation signed in 2013, among them the Model UN Conferences, our University students participation in the UN volunteer work, the UN Corner located in our library dedicated to literature”; mentioned the Rector and highlighted that as a leading economic University  of the RA, ASUE is mostly interested in the economic-oriented goals  set by the UN and the search for possible ways of their implementation.

The Rector’s speech is available in the attached file (Armenian version).

Karine Danielyan spoke on “Global Process of Sustainable Development and Interrelated Goals”, in the frames of which she referred to planet destabilization trends (for example the problems of climate change, deterioration of the quality of drinking water, disaster risks ). Considering the problems affecting the quality of life the speaker stressed that the sustainable development is the economic growth, which  combined with ecological security and social justice.

The next speaker was Armen Grigoryan, whose speech was based on “The 8th and 9th goals of  Sustainable Development, which are to promote comprehensive and sustainable economic growth, employment and dignified work for all, to create resistant infrastructures, to support the sustainable development of the industry and to promote innovation. The Head of the Research Center spoke on scale housing in this context and considering it as an unique branch of ensuring economic growth. Armen Grigoryan mentioned that development model should be developed in conditions of large-scale construction, which will also solve social problems providing the population with apartments.

The last speaker was Artak Melkonyan, whose speech was on social entrepreneurship,  its development and role.

After the reports the participants conducted active discussion and asked questions.