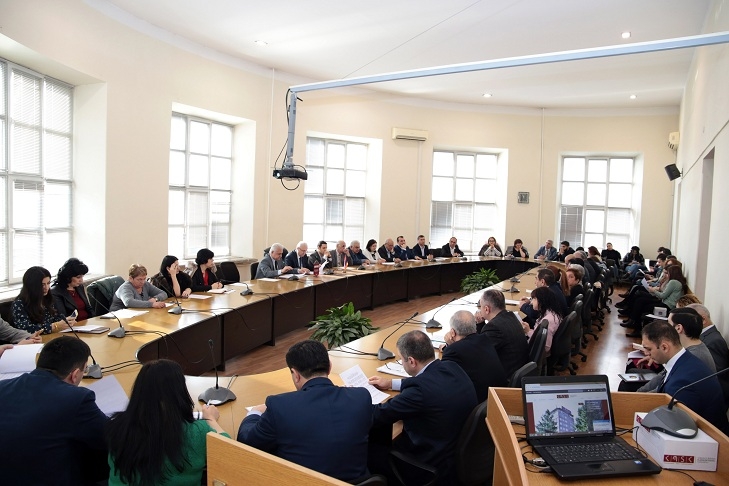 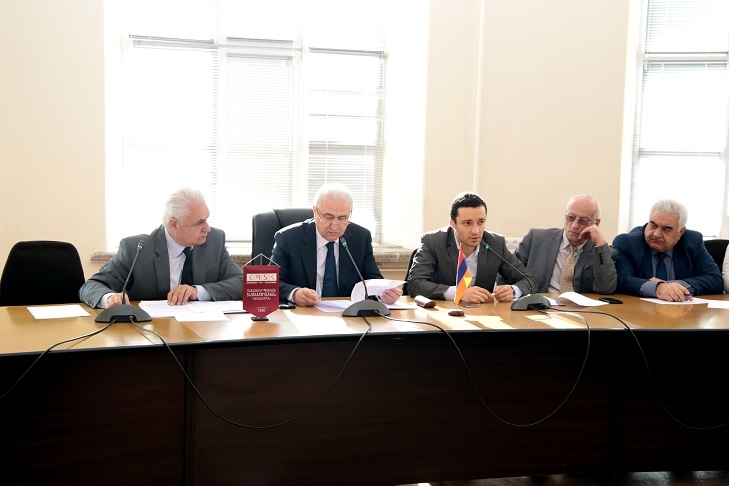 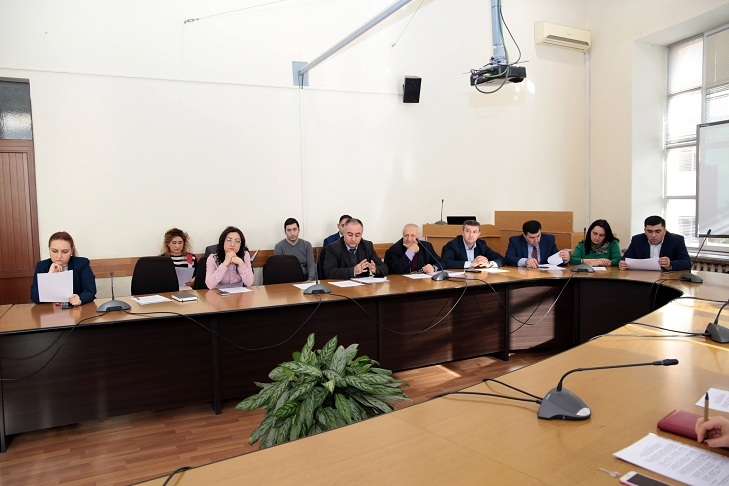 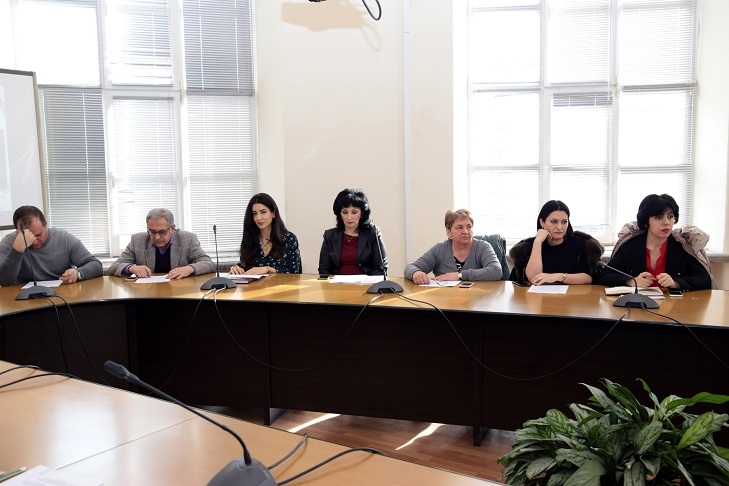 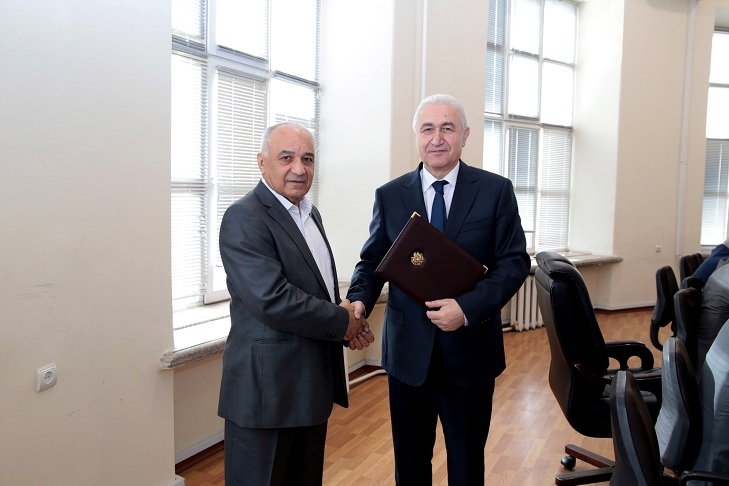 Today, Scientific Board’s year-end session was held including agenda 3 issues.
Before passing to the agenda issues Rector Koryun Atoyan noted that Haykaz Hovhannisyan, Associate Professor of the Chair of Macroeconomics, PhD in Economics, had celebrated the 70th anniversary and on behalf of the collective, he congratulated and awarded congratulatory message to the jubilee.
Gagik Vardanyan, Vice Rector of Science and International Relations, reported on “Preserving and Developing the Funding Infrastructure of Scientific and Technical-scientific Activity Covering the January-December of 2018 Period” and proposed to approve the two projects’ reports: "The Priorities of Public Management Efficiency Improvement in the Republic of Armenia" (Scientific Supervisor: Yu. Suvaryan, Academician of NAS RA, Doctor of Sciences, Professor) and "Effective Interaction Possibilities of the Real and Financial Sectors of the RA" (Scientific Supervisor: K. Grigoryan, Ph.D of Economics, Associate Professor).
Gagik Vardanyan also reported the second issue on the final reports of the scientific topics of the "Young Researchers' Research Assistance Program -2016" covering 19.12.2016-18.12.2018 period” and proposed to approve the two projects’ reports: "Impact of Administrative-Territorial Reforms on the Effectiveness of Local Self-Government in the RA" (Scientific Supervisor: R. Hayrapetyan, Doctor of Sciences, Professor) and “The Evaluation of the Impact of Monetary Policy on Competitiveness of the RA Economy” (Scientific Supervisor: A. Tavadyan, Ph.D in Economics). The Scientific Board approved the reports.
Koryun Atoyan, summing up the session, congratulated the attendees’ upcoming holidays and gave the floor to Ruben Hayrapetyan, the acting Rector of ASUE, Doctor of Sciences, Professor.
“I want to thank again Mr. Atoyan for the great work done over the years, and to note that the changes made are good starting point for our future joint work”, Ruben Hayrapetyan said. The Acting Rector also mentioned that our University can’t stay indifferent to the serious changes in our country.
Ruben Hayrapetyan underlined that the main task of our University in the coming years is to have serious role in the economic life of our country, in order to achieve this and other goals, we should work jointly for the sake of one common cause and a united mission. Then Ruben Hayrapetyan congratulated the attendees and their families on the upcoming holidays, wishing them health and well-being.