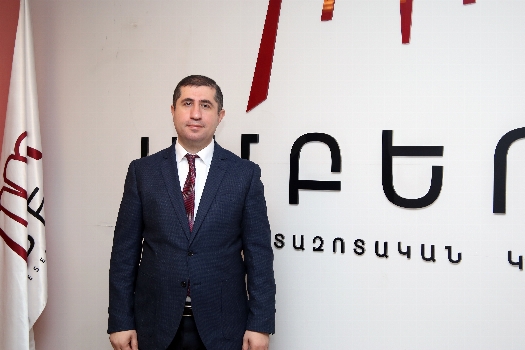 On May 29, 2020, Dr. Vardan Atoyan - Deputy Director-Senior Expert of AMBERD Research Center, participated in an online conference of think tanks, and reported.  Vardan Atoyan informed asue.am about this, noting that this conference was a working one, preparing  for the 3rd Global Virtual Think Tank Town Hall conference to be organized in late June  by the University of Pennsylvania TTCSP (USA).

"As you know, in April-May of this year, I participated in the first and second global conferences of think tanks, which focused on the role of think tanks in the fight against COVID-19, the challenges facing think tanks in the new reality. In a previous interview I noted that at the end of June, the third conference on this topic will be held, during which a package of recommendations developed by working groups at the level of directors of think tanks will be published, which will be presented to governments and international organizations. As I have promised, AMBERD would not be left out of this process, and I was involved in one of the working groups. The goal of our group is to develop recommendations that will help think tanks to develop new operational models to be better prepared for different future scenarios. On May 29, the final online conference of our working group was held, which was coordinated by the Italian Institute for International Political Studies"; Vardan Atoyan said.

The conference was attended by representatives of the leadership of several dozen leading think tanks in many countries around the world. "Given that the scope of my scientific interests includes the study of the field of think tanks, I was invited to give a more comprehensive report. Michael Cox, Director of the IDEAS Center for Economics, Pol Morillas Director of CIDOB, Jerome Glenn, co-founer and executive Director of the Millenium Project , were  also invited to present reports.

As you can see, the speakers are very representative; I was honored to be invited not only to participate in this conference but also, had a report especially in front of such an audience. In this context, it is worth mentioning that just a few months ago, the IDEAS institution of the London School of Economics and Political Science was recognized as the best University think tank in the world in the report on the global ranking of think tanks"; the center's deputy director noted.  He also mentioned that in his speech he referred to the external and internal factors influencing the activity of the think tanks in the current conditions, the changes expected in the field in the future, the tools and strategies necessary for their application in this context. According to Vardan Atoyan, after the speeches many questions were asked by the other participants, ideas and opinions were exchanged.

"I would like to inform, that in the next two weeks our working group will develop a relevant report, which will be presented at the global conference scheduled for the end of June. "I think it is necessary to reflect on the reputation benefits we receive from our involvement in such high-level international processes in the field. We will try to develop the successes registered in this direction"; the deputy director of the center concluded.