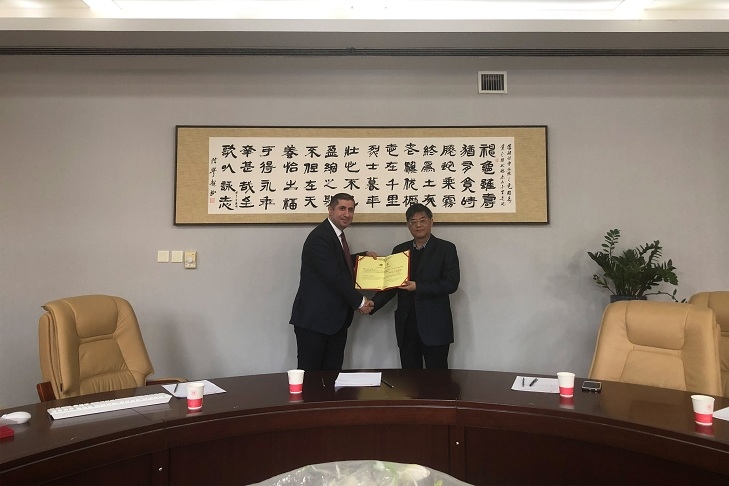 By the invitation of the “Belt and Road” Cultural Academy, Dr. Vardan Atoyan - Deputy Director-Senior Expert of AMBERD Research Center, conducted academic visit to Xi’an, PRC, and was awarded the title of Visiting Professor. Our colleague told asue.am about the details of the visit.

“The title awarded by “Belt and Road” Cultural Academy is certainly binding. Of course, I am very pleased about that and thanks to my Chinese colleagues. As for the academy, it should be noted that it was founded by Shaanxi Normal University and the Chinese University of Social Sciences in 2018. It is a classic think tank operating in a format typical of such institutions. Located at the heart of the historic “Great Silk Road”, the capital city of Xi’an during the rule of a different imperial Chinese dynasties, the institution closely cooperates with various authoritative institutions, including the Secretariat of the Shanghai Cooperation Organization, UNESCO, State Council Development Research Center of the People’s Republic of China, China Institute of International Studies, China Institute of Contemporary International Relations and well-known think tanks in many countries around the World. It also provides advice to decision makers and public administration bodies”; Dr. Atoyan stated.

He noted that the cooperation opportunities in the scientific and educational sphere, development of the South Caucasus Center in their structure and implementation of research projects of mutual interest are discussed within the frames of the academic visit. Preliminary agreements on implementation of some joint projects have also been reached for the next year. 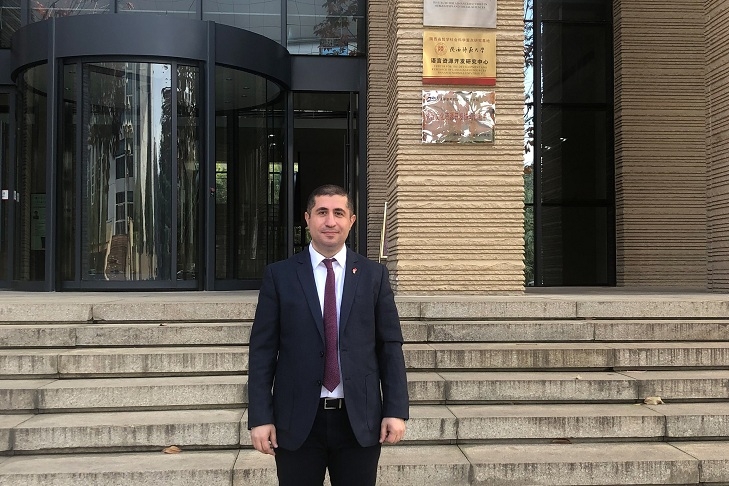 "Naturally, such partnerships are of great importance for Armenian State University of Economics, including the internationalization of AMBERD Research Center and integration into authoritative scientific and educational networks. It is not a secret that a lot of work has been done towards this strategic direction in recent years. In this process, I have always sought to institutionalize and serve in the internationalization of our University through my academic relations with Chinese colleagues. It is not accidental that in recent years there has been a significant shift in the cooperation between ASUE and various Chinese academic institutions and there are already sufficient institutional foundations for practical steps”; emphasized the Deputy Director of the Center, noting; “The memorandums of understanding signed by ASUE and Shaanxi Normal University in December, 2016 and Harbin University of Commerce in November 2018, and the cooperation agreement signed by Central Asia Institute of Shaanxi Normal University and AMBERD Research Center in January, 2017. The memorandum of understanding signed by our University with one of the world-renowned prestigious institutions - the Institute of World Economics and Politics, Chinese Academy of Social Sciences in May, 2019”. “Auditorium of Chinа” opened at ASUE by the support of Embassy of the People's Republic of China in April, 2018, is noteworthy among the partnerships. In addition, the delegation of Chinese Academy of Social Sciences visited our University both last year and few days ago. A number of preliminary arrangements for future cooperation were reached during the last visit with the Institute of Russian, Eastern European and Central Asian Studies at the Chinese Academy of Social Sciences.

“It is also worth mentioning that we are working with ASUE International Relations Division towards membership of our University to “Belt & Road” University Alliance initiated by Lanzhou University and created by the support of the local government in 2015. 126 Universities from 25 countries representing Asia, Europe, Africa and America are the members of the latter. This partnership aimed at promoting exchanges and cooperation between the countries involved in “Belt and Road” initiative in the fields of education, science and culture. The organization has also set up a platform to share scientific resources, introduce student and staff exchanges, conduct collaborative research, coordinate innovative activities and train internationally-trained specialists to assist the socio-economic development of “Belt & Road” initiative countries. As far as I know, no University in Armenia is a member of this alliance yet. I think if we succeed, new opportunities will be opened for ASUE members. I think, the internationalization of Universities in the XXI century, including the development of academic relations in the North-South and West-East directions, exchange programs, joint projects and integration into international academic networks are processes that have no alternative. In this regard, the University Leadership has always supported the work being done in these areas both in the present and in the preceding period. I am confident that with the individual and united efforts and systematic approaches, it will be possible to discover new opportunities on already established basis and to give new impetus to the process of internationalization of the University”; Dr. Atoyan summed up.